Both teams headed to Class A playoffs 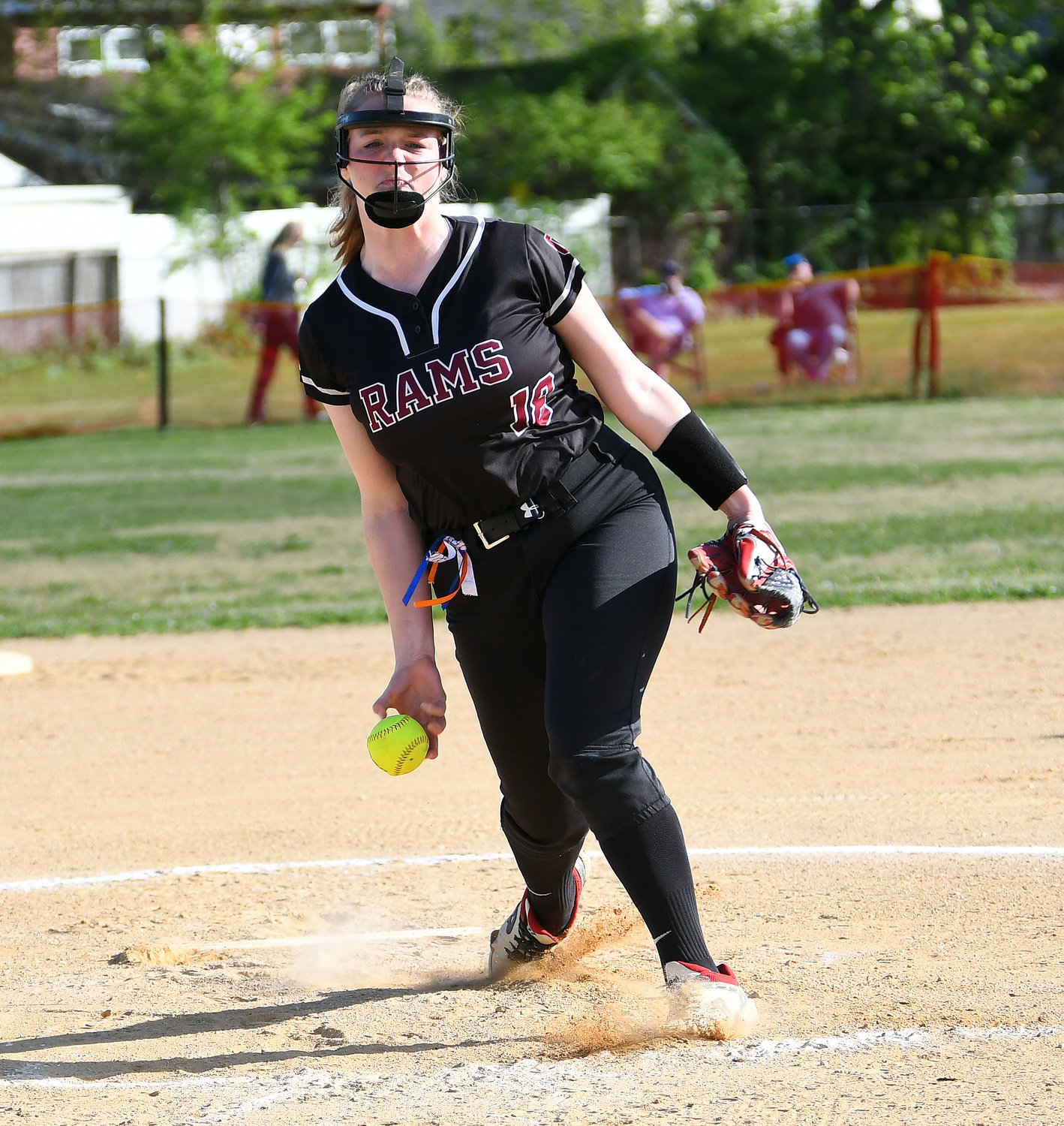 Clarke junior pitcher Emily Brown enters the playoffs off an 11-strikeout shutout performance against Long Beach on May 12.
Neil Miller/Herald 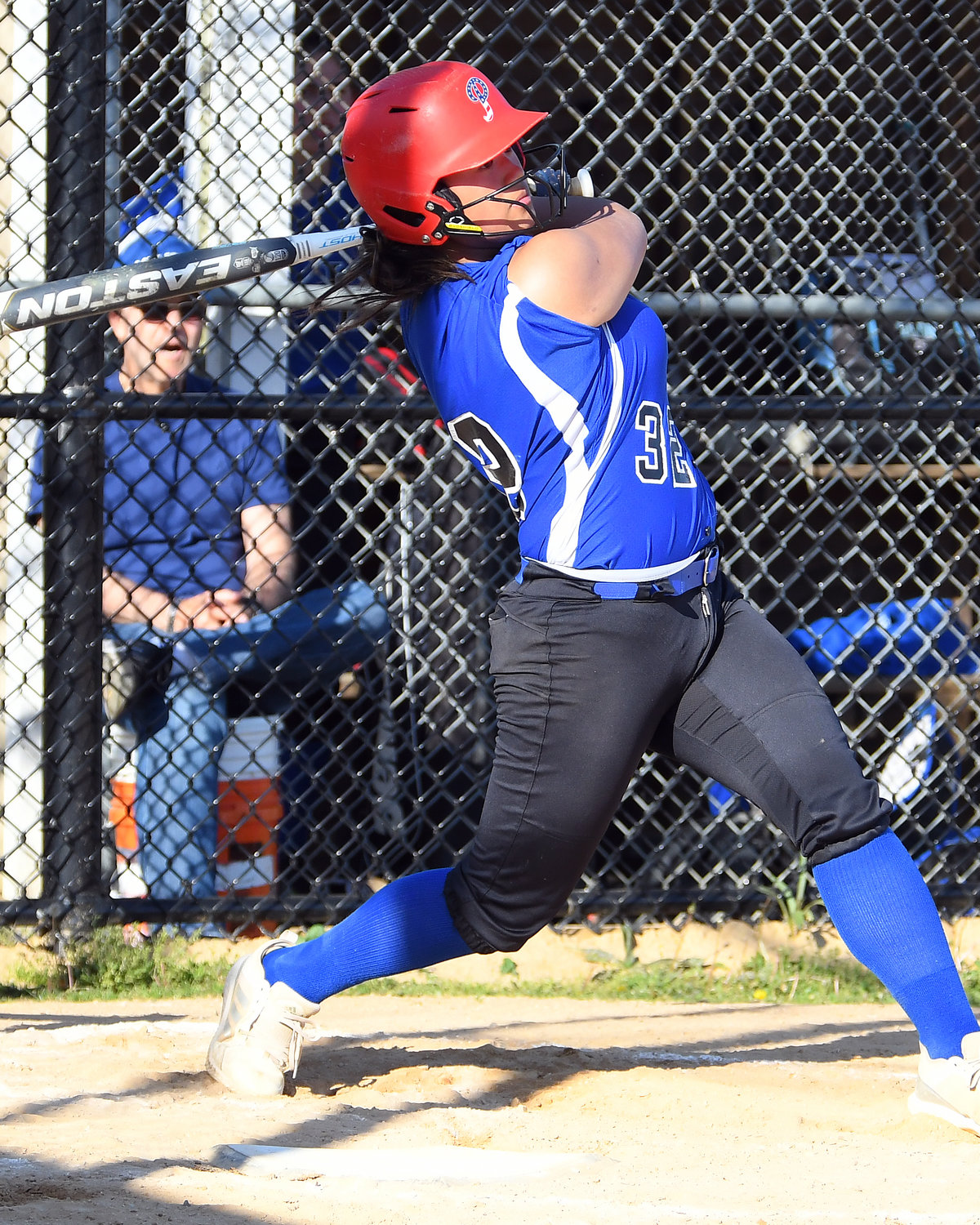 Clarke softball coach Rachel Barry feels the Rams are entering the Nassau Class A playoffs on the upswing.

“We still haven’t figured everything out, but it’s only gotten better,” Barry said May 12 after junior pitcher Emily Brown blanked Long Beach for a second time this season to secure the No. 7 seed and a home playoff matchup with No. 10 Seaford.

“We’re a playoff-bound team for a lot of reasons and we’re going in climbing,” Barry added.

Brown, who earned All-County honors last spring, scattered three hits and struck out 11 while helping her own cause with a 3-for-3 performance at the plate, including a two-run double, as Clarke (7-7 in Conference II) defeated the Marines, 12-0, in the regular-season finale. Long Beach (5-9) is seeded ninth in Class A and will open the playoffs at No. 8 Kennedy.

“Brown is one of five very hard throwers in this conference,” Long Beach coach Carmine Verde said. “We chased a bunch of pitches up in the zone today and also continued to struggle defensively.

“We’ve shown we can play with anyone in the conference,” he added. “We beat Calhoun, the conference champ, and we beat Hicksville twice by a run and lost to Plainedge by one. If we put everything together, we can win.”

Clarke took control against Long Beach early with four runs in the bottom of the first inning and three more runs in the second. The top three batters in the Rams’ lineup — Avika Mehta, Amanda Chavarria and Olivia Wanser — all had hits and scored in the first, and reached base and scored in the second. Wanser, a junior catcher, reached base in all four plate appearances and was a home run short of the cycle.

Mehta led off the game against Long Beach senior pitcher Alex Hastings (team-leading .345 batting average) with a single and Chavarria followed with a triple to make it 1-0. Wanser doubled in Chavarria and later scored on a sacrifice fly off the bat of Madeline Millman. Brown, the cleanup hitter, drew a walk and was driven home by Julia Santacreu’s single for a 4-0 lead.

The Marines loaded the bases in the top of the second with one out thanks to singles by eighth-grade catcher Jorjia Domingo (.341 average) and Gabby Gelish and a walk to Emmalee Egan. But Brown recorded back-to-back strikeouts to end the threat.

Leading 7-0 in the fifth, Clarke added four runs on three hits and two errors. Michelle Diaz, Santacreu and Cat Amini all singled and scored. Julia Khashan scored in each of the last two innings.

The Rams now turn their attention to Seaford. The teams split regular-season meetings with each winning at home. “We’ve had our ups and downs like most teams, but we’re in a good place,” Barry said.

Long Beach will try to make the third time a charm against Kennedy, which took both meetings. “We have to string together quality at-bats and score runs, and also make plays behind Alex,” Verde said. “We’ve had too many innings where we’ve given teams extra outs.”