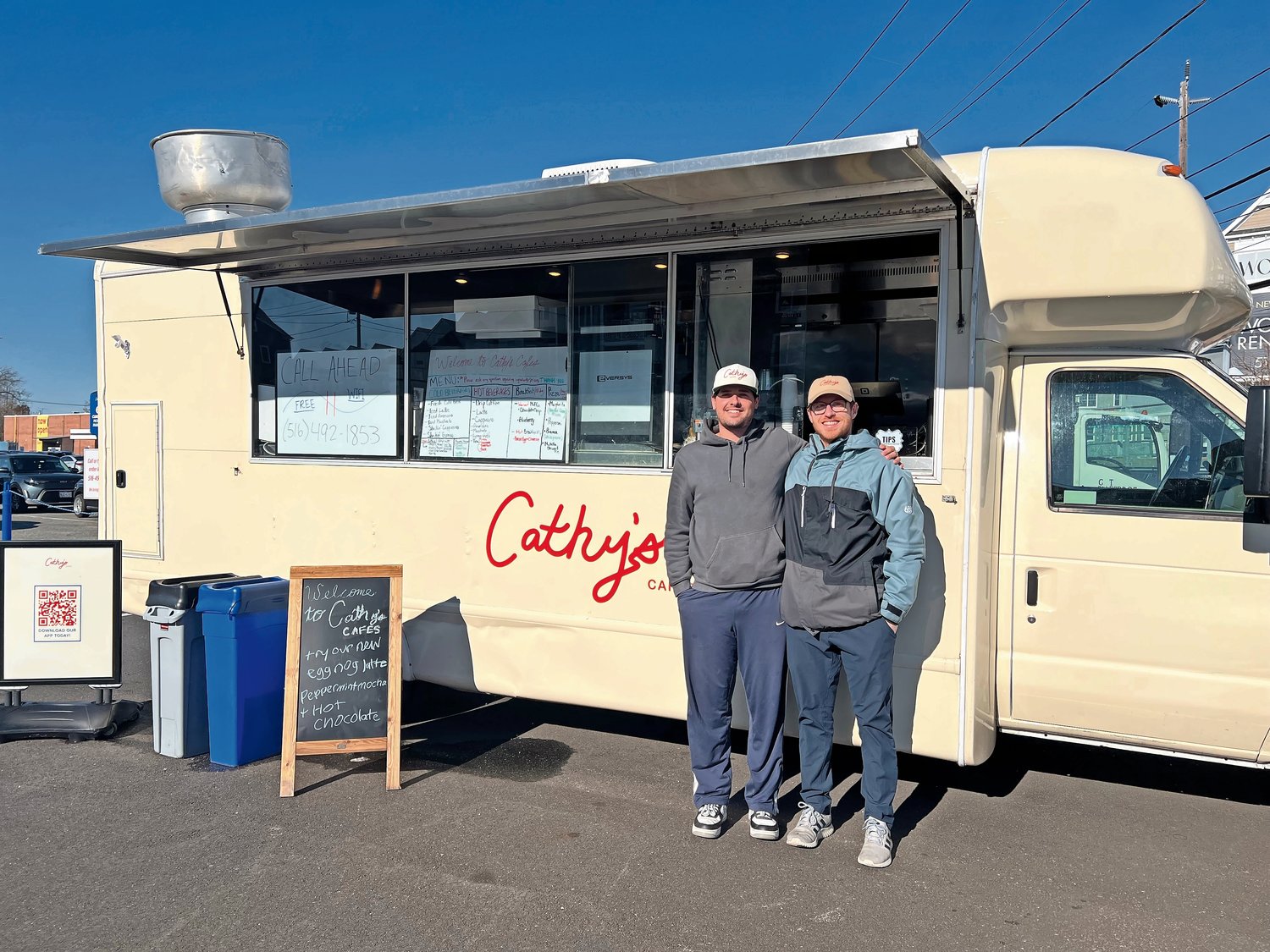 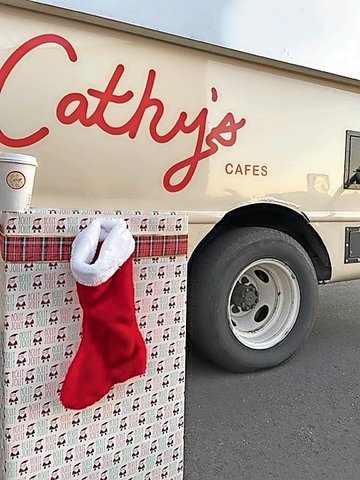 Tom Turner and his friend Matthew Gonyon opened up a coffee truck in honor of Turner’s mom, Cathy, who passed away from multiple sclerosis.

The two joined forces to create the coffee company, Cathy’s Cafes. The East Rockaway business is located in the Lidl parking lot at 492 Atlantic Ave. With Turner’s seven-year experience in the food truck business, he and Gonyon quit their jobs to launch this new coffee truck.

The food truck opened in September after Gonyon left his job in finance and Turner left his job working for a sustainable coffee cart manufacturer. “We are fully committed,” Turner said. “I have a cousin who said we’re like the conquistadors. We burned our boots so there’s no going back.”

Turner, already in the coffee business, looked at similar businesses and felt confident that he and Gonyon’s truck will flourish. “We had seen some success with other companies in the mobile vending game and we’re like, ‘let’s give it a shot’,” Turner said.

Turner and Gonyon’s main goal for this business was to make it community focused. According to Turner, that was the type of person his mom was as well as Karen Gonyon — Long Island Herald’s Person of the Year in 2019 for East Rockaway — who is Matthew Gonyon’s mother. Turner felt inspired by his mother, Cathy after she started her charity.

“One of her friends had gifted her a beautifully knit blanket one year and immediately she was like, ‘I’m going to start a charity called Blankets Forming Hearts’,” Turner said. The goal of the charity is to collect blankets then go to various hospitals and nursing homes to give these blankets out as a gift during the holidays. Cathy Turner continued to do this even as she was wheelchair bound for 10 of the 13 years of battling M.S.

The re-birth of this foundation came with the start of Cathy’s Cafes. “Drop your blankets off at the truck,” Turner said. “Our hours are online and we’d love to get as many blankets as we can.”

With business going well, Turner and Gonyon have plans to bring more customers in. The truck is only in its “skeleton” form according to Turner, but its partnership with Lidl will help with the expansion plans. “I think Lidl sees a lot of value in us as a community-based organization,” Gonyon said. “While they’re like a multinational German company that’s new to the US and trying to branch out to their local community.”

According to Gonyon, Lidl supporting Cathy’s Cafes will greatly help develop the business down the line. “The ultimate goal is the expand not just the truck, but add coffee carts,’ Gonyon said. The current coffee truck runs on compressed natural gas and Gonyon plans on having the carts run on renewable energy as well.

Gonyon explains that the winter is going to be a bit difficult because the business is located outside, but he does have a way around this. “We have curbside pickup where you can pull your car up, call our number, and we’ll get whatever you order to you,” he said. To expand on this, Gonyon and Turner hopes to turn the truck into a drive thru.

The coffee truck currently sells not only coffee, but pastries, sandwich wraps, and pizza as well. The most popular menu item has been the cafe’s specialty drinks. “Matt just crafted our holiday menu for the winter,” Turner said. “So we have eggnog drinks, peppermint drinks, and candy cane drinks.”

Gonyon views his contrasting perspectives with Turner as a strength and not a weakness. “Tom and I come from completely different backgrounds and putting our heads together is how this coffee company is going to succeed,” Gonyon said.