Comic book enthusiasts in East Rockaway to unite for a cause 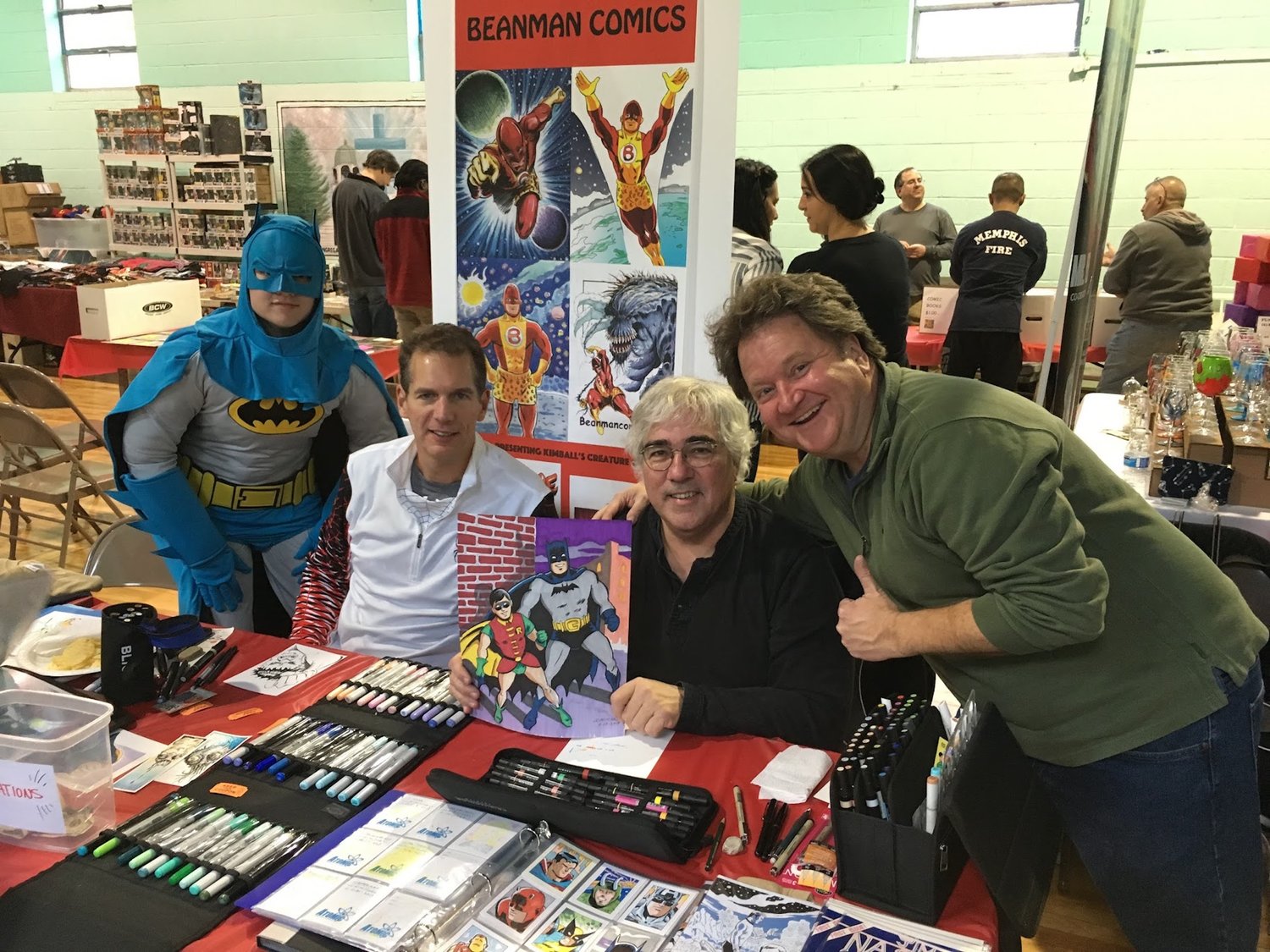 David Donovan, far right, is planning to host FurnaceCon to help Bethany Congregational Church on June 4. With him above, from left, were Batman and local artists Kimball Thorpe and Bill Mitchell.
Courtesy David Donovan 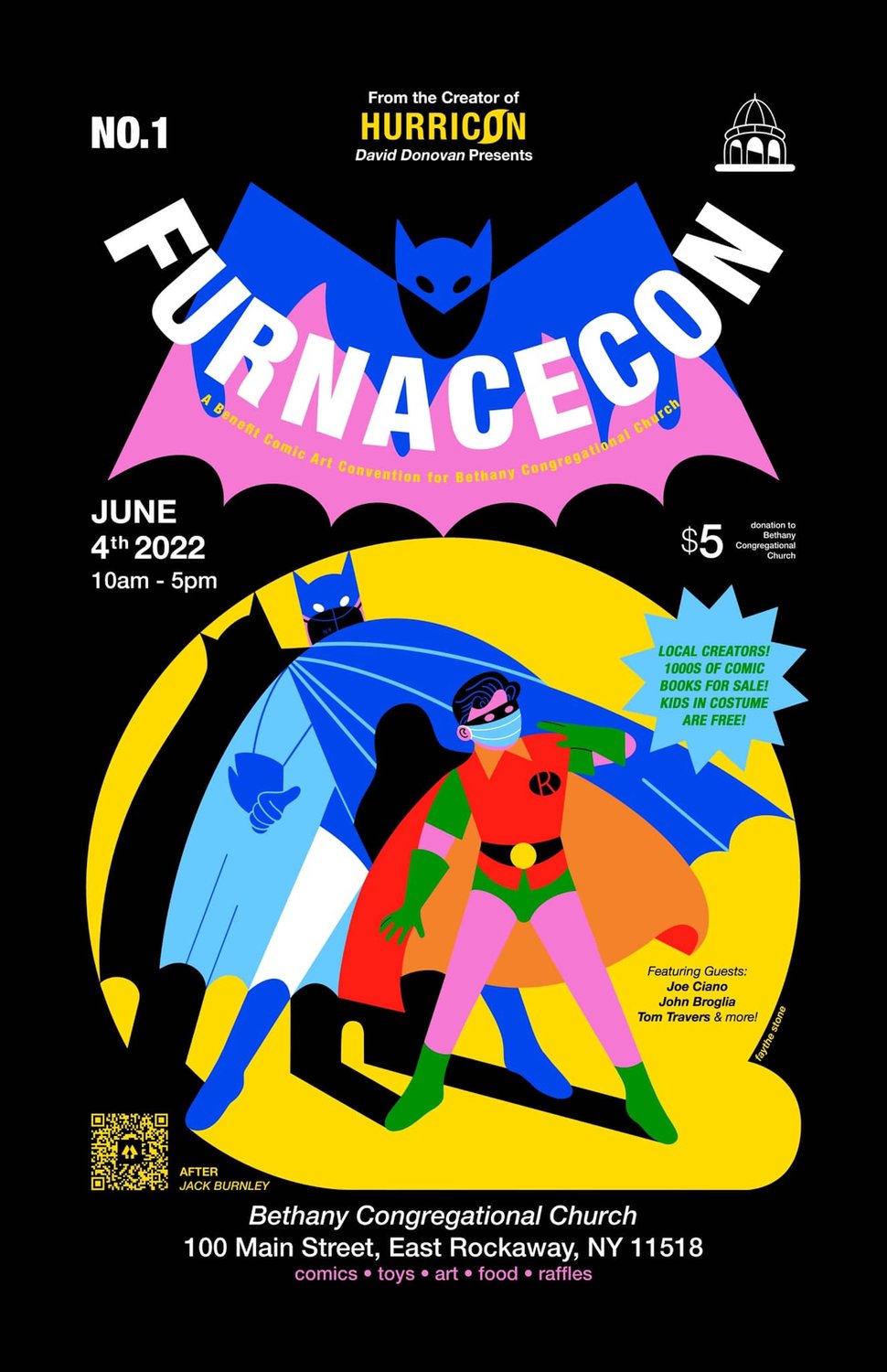 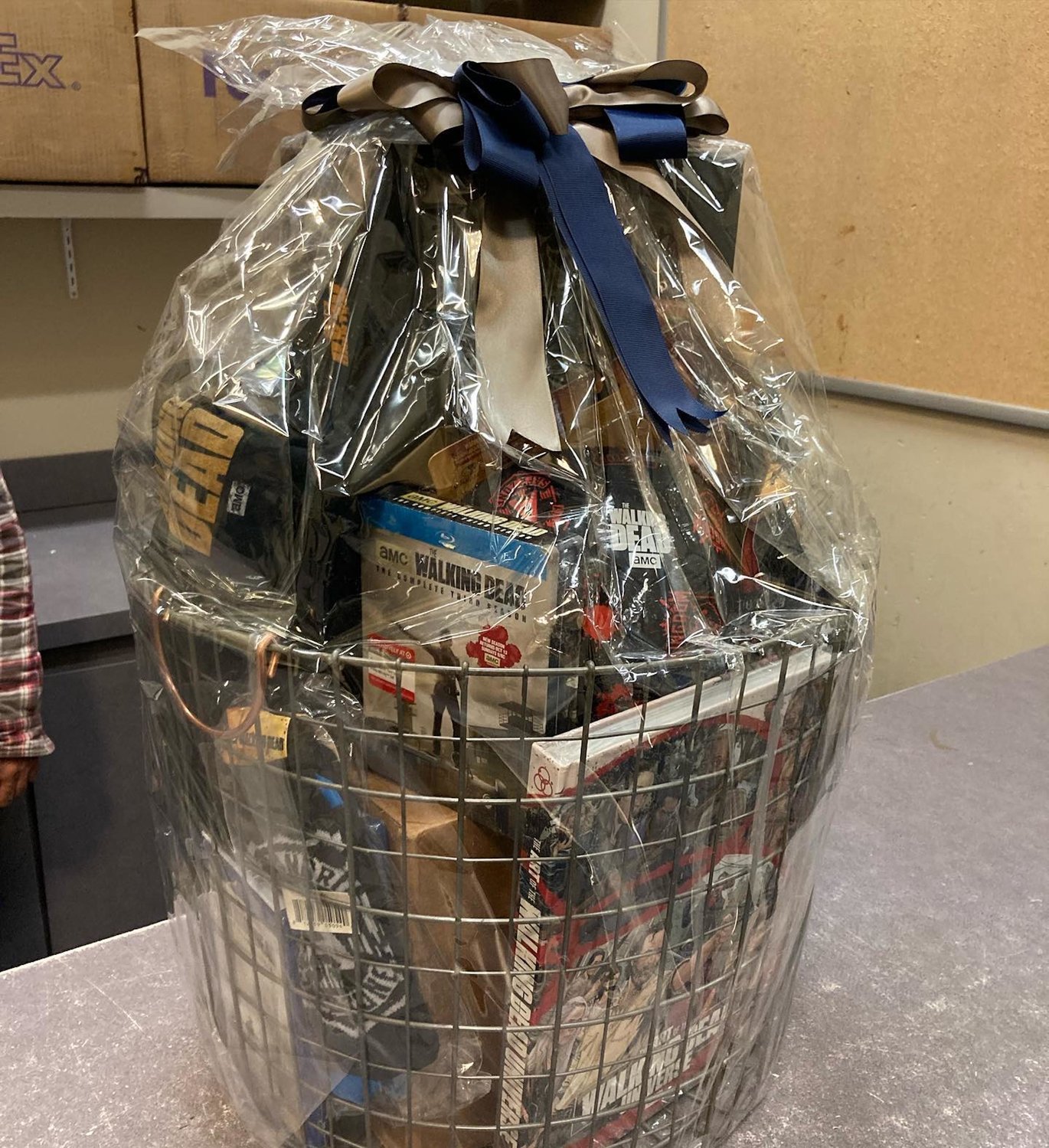 a basket with items from the AMC series “The Walking Dead” will also be raffled.
Courtesy David Donovan 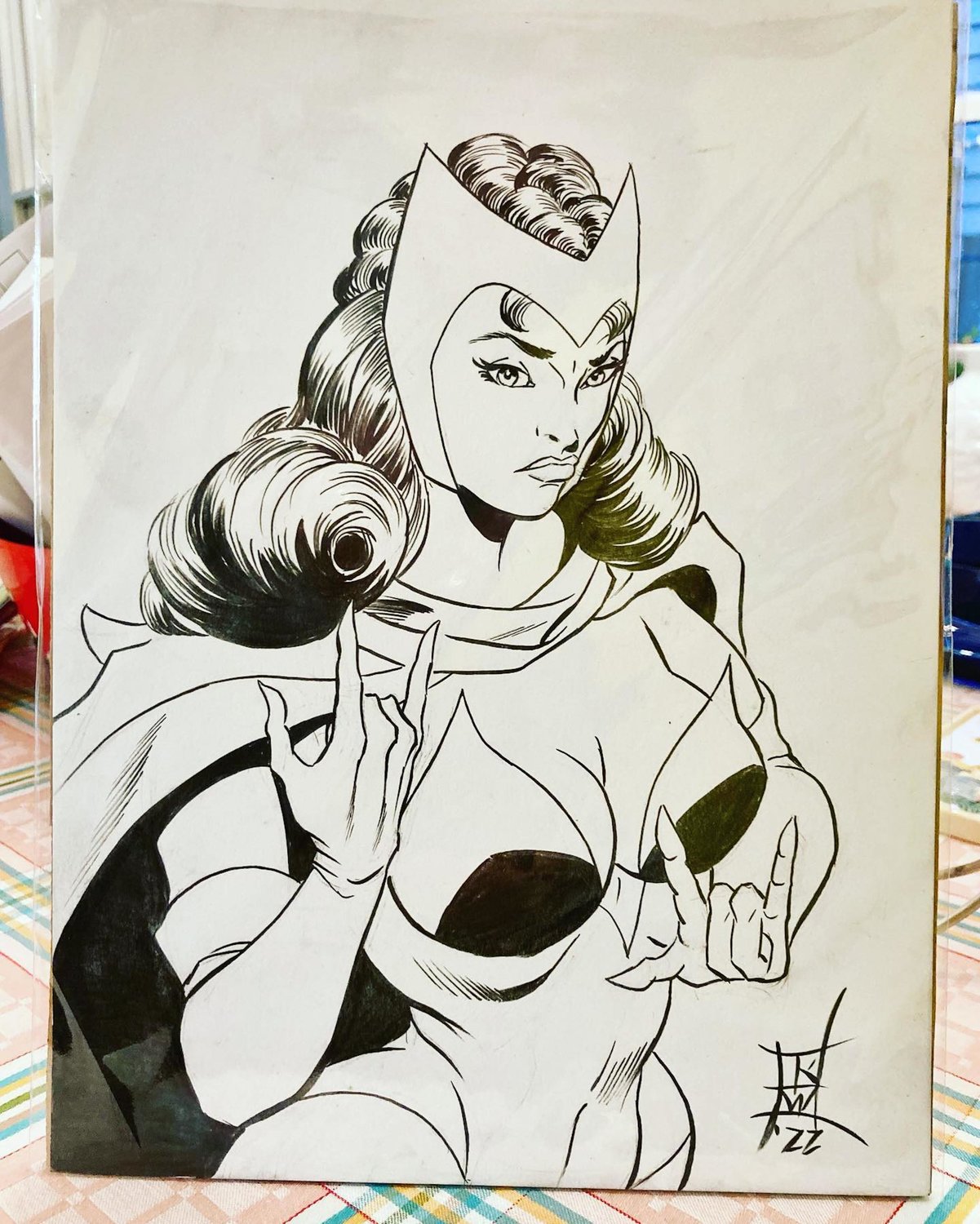 A Marvel artist’s sketch of the Scarlett Witch will also be raffled.
Courtesy David Donovan
Previous Next
About FurnaceCeon

Admission: $5 at the door

When Hurricane Sandy wrought havoc on East Rockaway, Bethany Congregational Church served as a haven for residents. Now its staff is asking the community for help.

In December, the church’s furnace broke and had to be replaced. To help defray the expense, parishioner and longtime East Rockaway resident David Donovan is planning to host FurnaceCon, an event for comic book enthusiasts, on June 4, from 10 a.m. to 5 p.m., at the church. The event will feature comic books, comic book writers, local artists, toys, food, collectables, cosplay and more, Donovan said.

“The church always has expenses, but when you lose something like a furnace, that’s a huge expense,” Donovan said. “It’s become a bit of a movement, and we’ve gotten some contributions already. We needed to replace this furnace and people have responded, so I’m hoping we can help with FurnaceCon, which, first, is an event for the community.”

In 2018, Donovan turned to one of his biggest passions — comic books — to help the church by creating a HurriCon convention fundraiser to replace the gym floor.

In the aftermath of Hurricane Sandy nearly a decade ago, Bethany, a community fixture since 1885, opened its doors as a relief center for those in need. In the six months that people came to its gymnasium to drop off and collect donations, the floor was heavily damaged and needed repairs. With the storm spreading a mix of dirt, oil and sewage outside, people dragged it all in on their shoes as donations from the Red Cross and United Way came pouring in.

Donovan has since turned HurriCon into an event each November to help the church cover the costs of operations and repairs, but with the church having an unexpected issue with its furnace, he decided to bring it back earlier this year.

Donovan said at least six comic book dealers from across Long Island, Queens and the Bronx have paid for a table at the event and will offer their goods for sale. Additionally, Cosmic Comics in Baldwin donated comics to the church and several local artists and writers are to be in attendance, including graphic novel author Joe Ciano, who wrote “Children of the Woods,” and Kimball Thorpe, who created the comic book character “Bean Man” with his friend, Bill Mitchell.

Thorpe said his favorite part about participating in conventions is speaking with children about comic book characters.

“When we used to go to comic cons as kids, the greatest thrill was to talk to one of the artists,” he said. “You could actually get face time with an artist. Anything they said was gold, so that’s what we try and do with the kids.”

The event will include raffles with prizes such as a sketch of the Scarlett Witch from a Marvel artist, a gift basket from the AMC series “The Walking Dead,” Blu-ray discs, sneakers, hats and more, and church parishioners will prepare food, including home made clam chowder, pulled pork and the HurriCon’s famous “walking taco,” which, Donovan said, is essentially a taco in a bag.

Donovan said the church would collect donations through the $5 admission fee, its food sales and the price vendors paid to rent a table.

“We’re looking to pay for at least half of the furnace and we’re going to be back in November with the regular HurriCon,” he said.  “But this is really a benefit fundraiser for Bethany Church.” Donovan wouldn’t say how much the furnace costs or set a goal for donations.

The Rev. Mark Lukens called Donovan a “saint,” and said he has long been a vital part of the community and the church. He said that paying for the furnace will help keep the church a vibrant part of the village.

“We’re hoping that as we can get these things done we can continue to increase the amount of service to our community,” Lukens said. “That’s really what it’s all about. This is a fun thing, and a lot of people really enjoy it, so we’re hoping a lot of people show up.”

Donovan said the church has been hurting over the past two years with attendance and donations down because of the pandemic. He also said he was grateful to everyone who helped him organize the event, which he has been planning since December