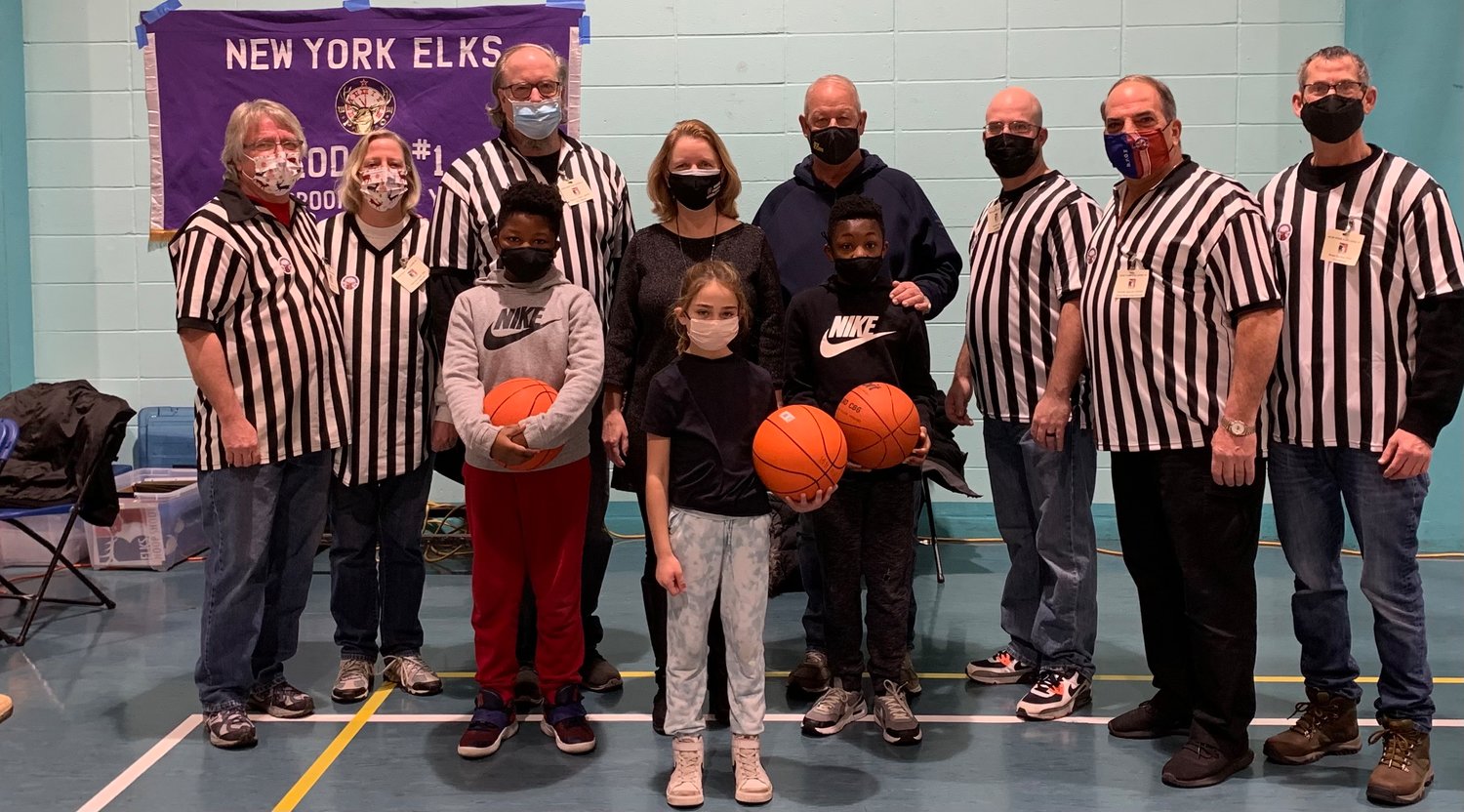 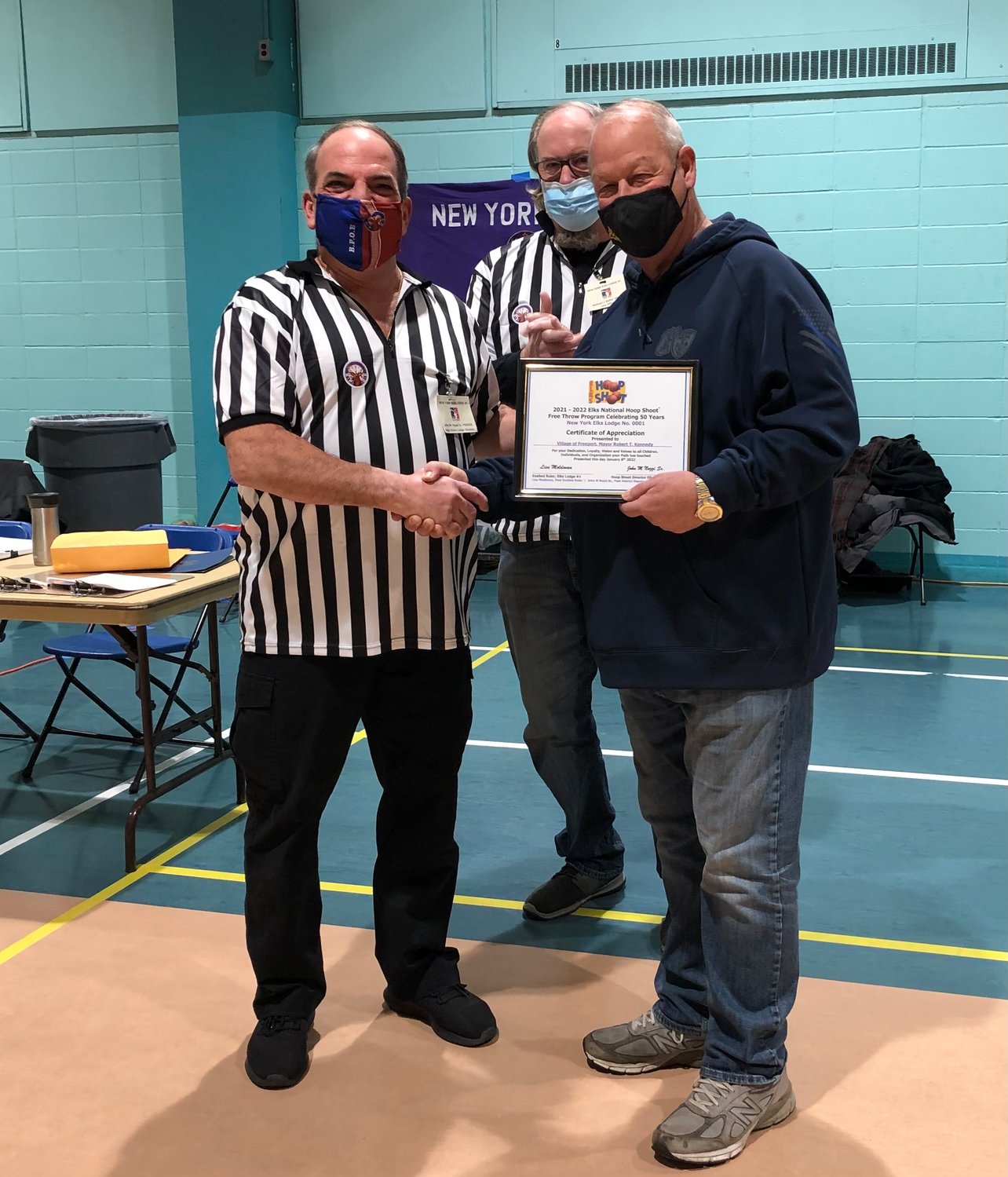 John Nuzzi Sr., left, presented Mayor Robert T. Kennedy, right, with a certificate of recognition to thank the Village of Freeport for its support of the Hoop Shoot.
Courtesy Elks Lodge #1
Previous Next
By Reine Bethany

In the midst of the Omicron surge, the Elks National Hoop Shoot is going forward with its Golden 50-Year Anniversary set of competitions. The first set is at lodge level, and Freeport resident John Nuzzi Sr. supplied the leadership to make the Hoop Shoot for New York Elks Lodge #1 take place.

The school gyms normally available to the lodge were shut down by the latest Covid wave. At a recent Freeport Chamber of Commerce networking luncheon, Nuzzi mentioned the lack of a venue to Mayor Robert T. Kennedy. The mayor then coordinated with Freeport Recreation Center Director Vicki Dinielli to schedule the competition in the rec center gym on Jan. 8.

Nuzzi and a team of Elks Lodge #1 members planned the event so as to accommodate CDC protocols of social distancing and facial masking. Children ages 7-8 came at 9 a.m., ages 10-11 at 10 a.m., and ages 12-13 at 11 a.m. Turnout was lower than hoped, with no competitors in the highest age bracket, but those who did come showed their best effort. Four children, a boy and a girl from each of the two younger categories, will continue to the district-level competition in New Hyde Park on Saturday, Jan. 22.

Nuzzi wrote a thank-you to all who participated that read, in part, “On behalf of Exalted Ruler Lisa Moldovan, the Officers and Members of Lodge #1, and John M. Nuzzi Sr., Past District Deputy Grand Exalted Ruler and this year’s Lodge Hoop Shoot director, the Elks send a Gratifying Lodge of Thanks to Freeport Mayor Robert Kennedy for allowing the Elks to hold this year’s Hoop Shoot. The Lodge also sends thanks to Vicki Dinielli and her Recreation Center staff. We also thank Nassau County Legislator Debra Mulé for attending as well as making a presentation to New York Elks Lodge #1.”