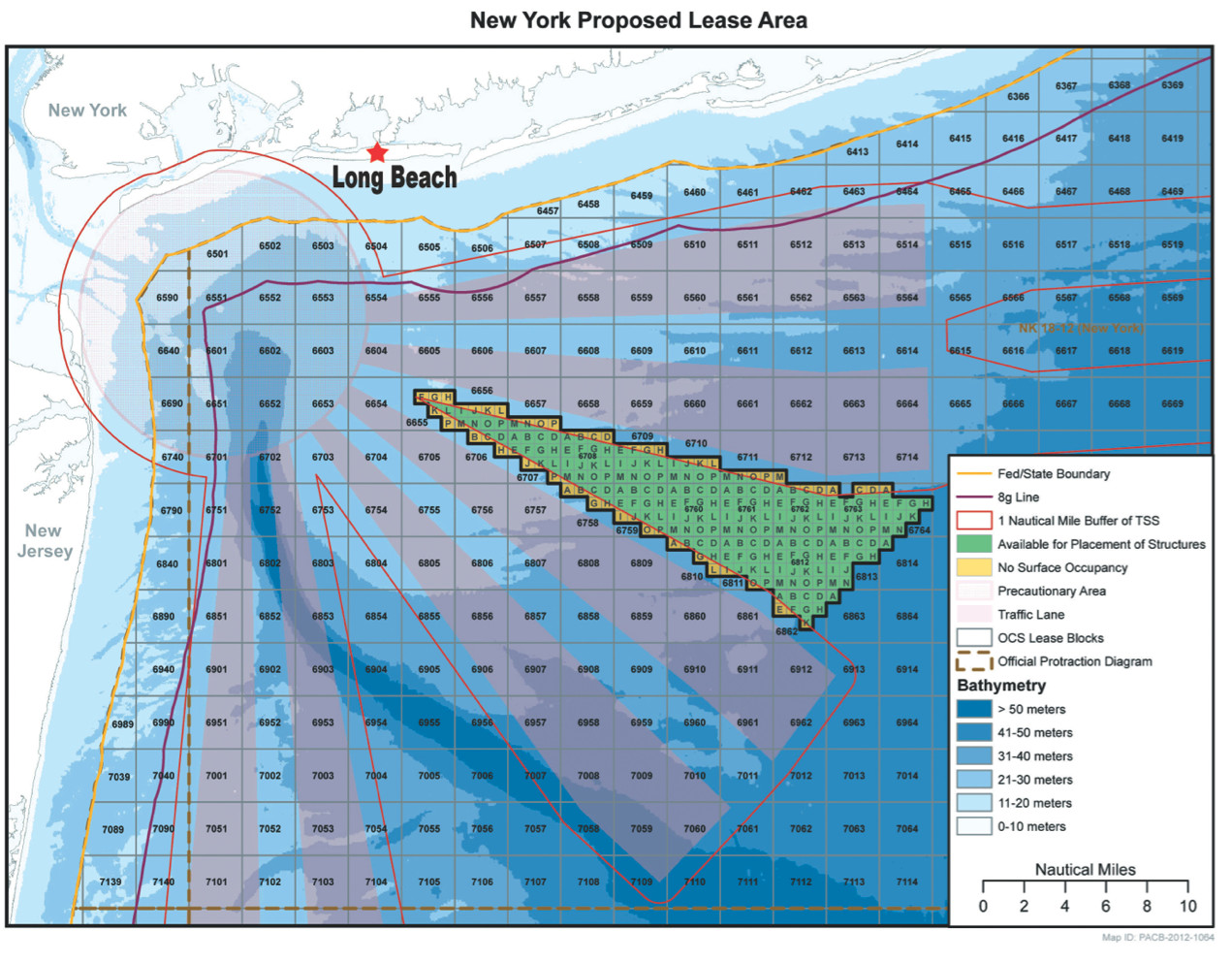 An offshore wind farm off Rhode Island is expected to be completed this year, the first in the United States.
Courtesy Block Island Wind Farm
By Anthony Rifilato

Nearly a decade after plans for an offshore wind farm several miles off Jones Beach were scuttled, federal officials announced last week that an area off the coast of Long Beach has been identified for potential wind energy development — and called it a major step toward creating clean energy for the region.

The announcement by the U.S. Department of the Interior’s Bureau of Ocean Energy Management — naming an 81,000-acre site in federal waters 11 miles south of the barrier island that would be suitable for wind turbines — was welcome news to environmental groups that have been calling for renewable energy sources and ways to reduce the region’s dependence on fossil fuels.

“This wind farm will be at least 11 miles offshore, if not more, and that’s important, because a decade ago, the first proposal was for 3.6 miles offshore,” said Adrienne Esposito, executive director of the Citizens Campaign for the Environment. “This will now be very far offshore and not be a visual concern. It’s important because we are in critical need of making the transition from dirty fossil fuels to clean, renewable energy.”

But the proposal has sparked the ire of those who claim that wind turbines in that area, known as the New York Bite, would negatively impact the commercial fishing industry. “The problem … is that it was an unsolicited bid — the power companies are coming out and saying we want this area without having talked to anyone prior to the selection,” said Drew Minkiewicz, a spokesman for the Fisheries Survival Fund, which opposes the construction of turbines in that area. “It’s a highly productive fishing area, including scallops. … We harvest over $5 million [worth] every year, on average.”

The announcement by the BOEM comes after Gov. Andrew Cuomo vetoed plans for a liquefied natural gas terminal roughly 16 nautical miles off Jones Beach in December, citing environmental concerns and saying that the terminal would conflict with the potential site of a wind farm. Officials said that an offshore wind power source is in keeping with Cuomo’s goal of generating 50 percent of New York’s energy from renewable sources by 2030.

A wintry student mixer at Grant Park in Hewlett