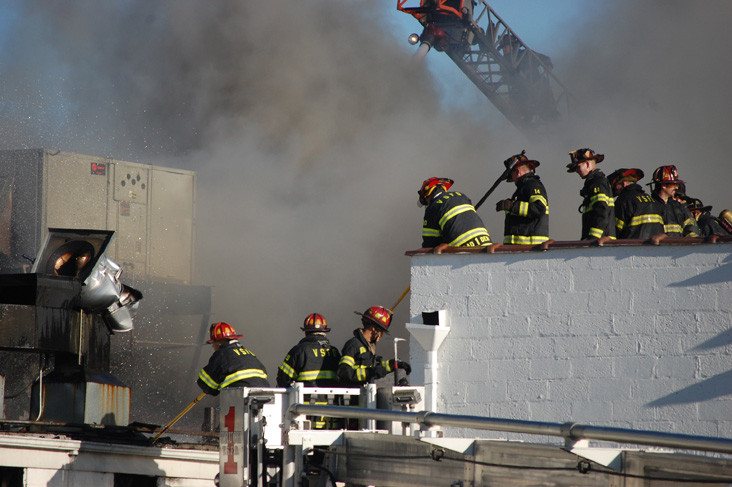 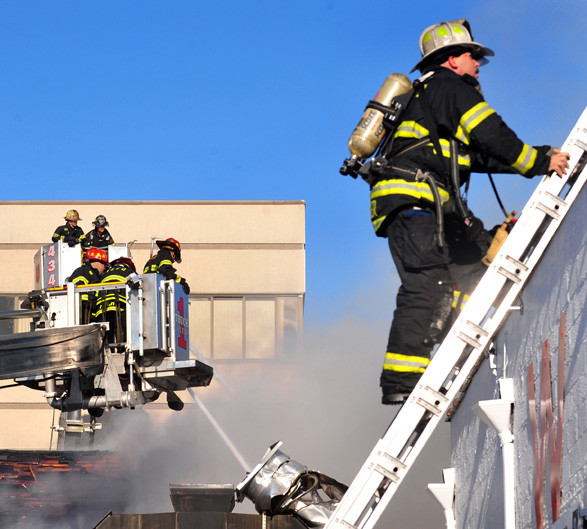 It took 200 firefighters from seven departments more than two hours to get the fire under control.
Kathy Leistner/Herald 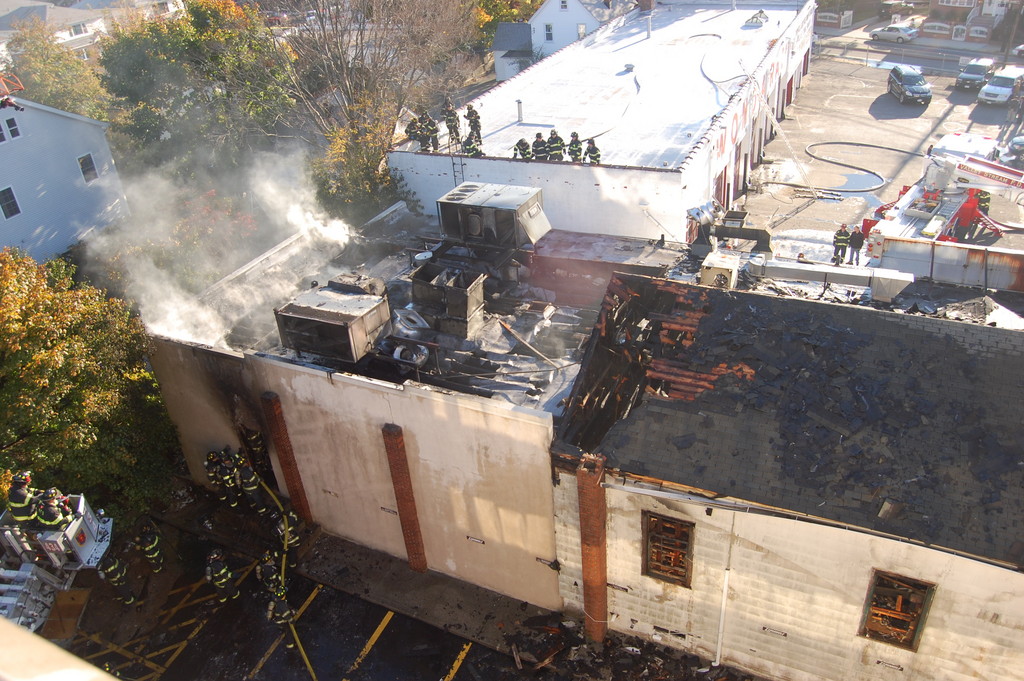 The damage was extensive at the Inatome Japanese Steakhouse following a fire on Halloween.
Andrew Hackmack/Herald 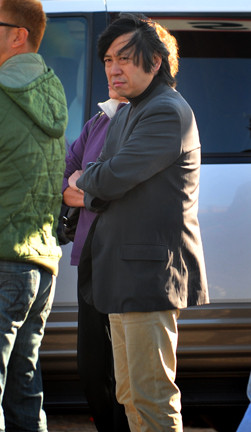 More than 200 firefighters were called to the blaze at Inatome on Sunday.
Kathy Leistner/Herald 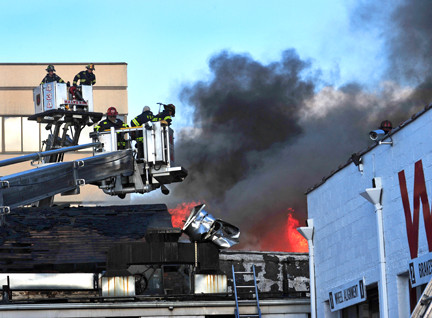 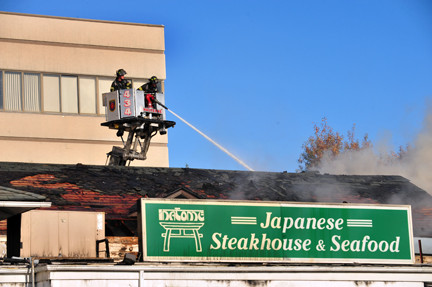 Firefighters battle the flames at Inatome on Sunday.
Kathy Leistner/Herald 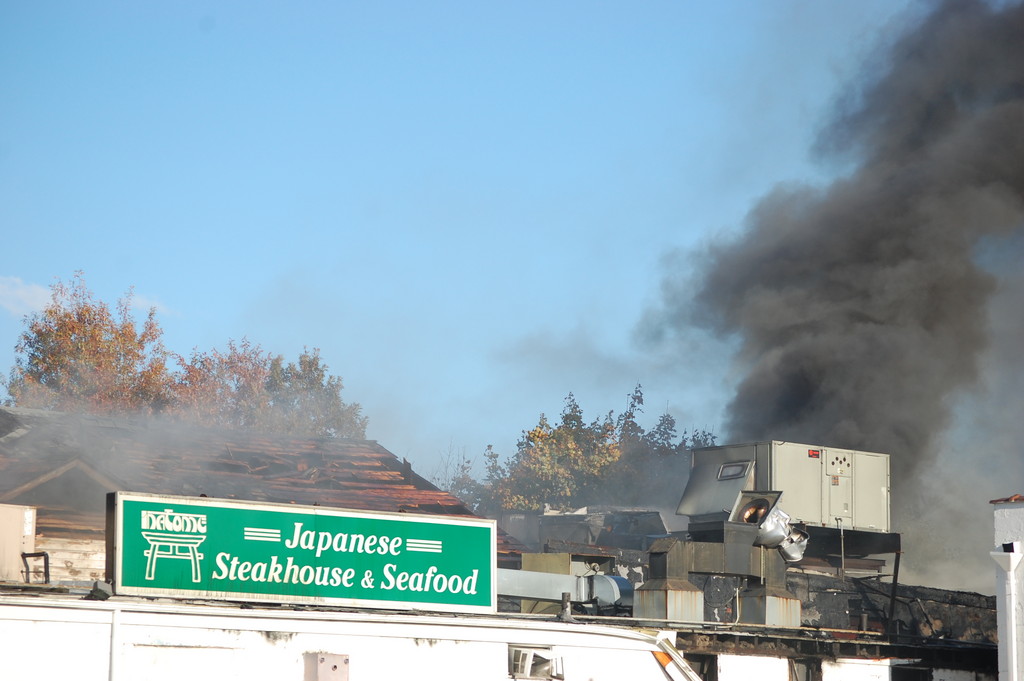 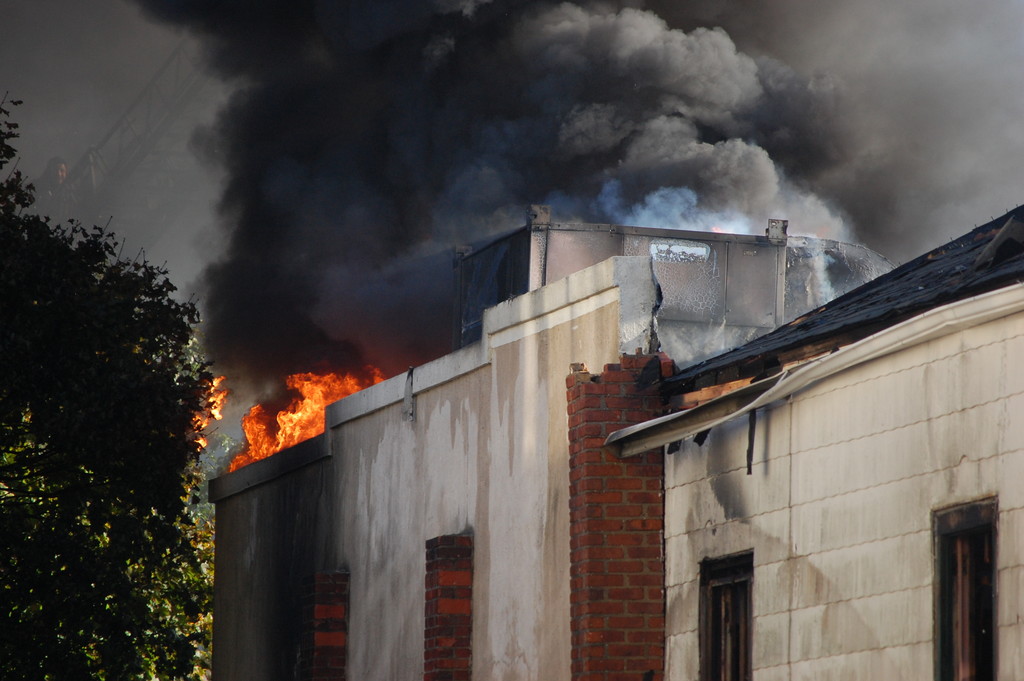 The fire broke out at around 2 p.m., and it took about 200 firefighters more than two hours to bring the blaze under control. The restaurant, at 6 Fifth St., just off Rockaway Avenue, was gutted, and much of the roof was destroyed.

Fire officials said they had not yet determined the cause of the fire, and it was still under investigation on Tuesday. No serious injuries were reported.

The restaurant was not open at the time of the fire, and there were no employees inside. It was set to open at 4 p.m. According to the owner, Keiji Inatome, someone noticed smoke coming from the building and called the Valley Stream Fire Department.

Fire Chief Joseph Fernandez said that the department received a call shortly after 2:15 p.m., and the first firefighters to arrive found heavy smoke. When they entered the restaurant, they discovered that much of the interior was already engulfed in flames.

Fernandez said that they tried to fight the fire from inside, but after two firefighters went missing, the plan changed. The two firefighters were OK, he said, but were briefly lost in the heavy smoke in the front of the restaurant. Once they were located, Fernandez decided to battle the blaze from the outside.

With the assistance of other departments — Elmont, Hewlett, Lawrence-Cedarhurst, Lynbrook, Malverne and Woodmere — four tower ladders were set up to pour water down on the building, a technique known as surround and drown. Firefighters on the ground also battled the fire with handlines. Fernandez said he had to ask the water company to boost pressure because of the number of hoses in operation.

A block away, on Seventh Street, a ladder truck from Elmont set up in the driveway of a home to knock down stubborn flames at the back of Inatome. The street was blanketed by thick smoke, with the wind blowing east.

Next door, at Wond-A-Rama Automotive Discount City, firefighters climbed up onto the roof of the building to get water onto the restaurant, which is just feet away.