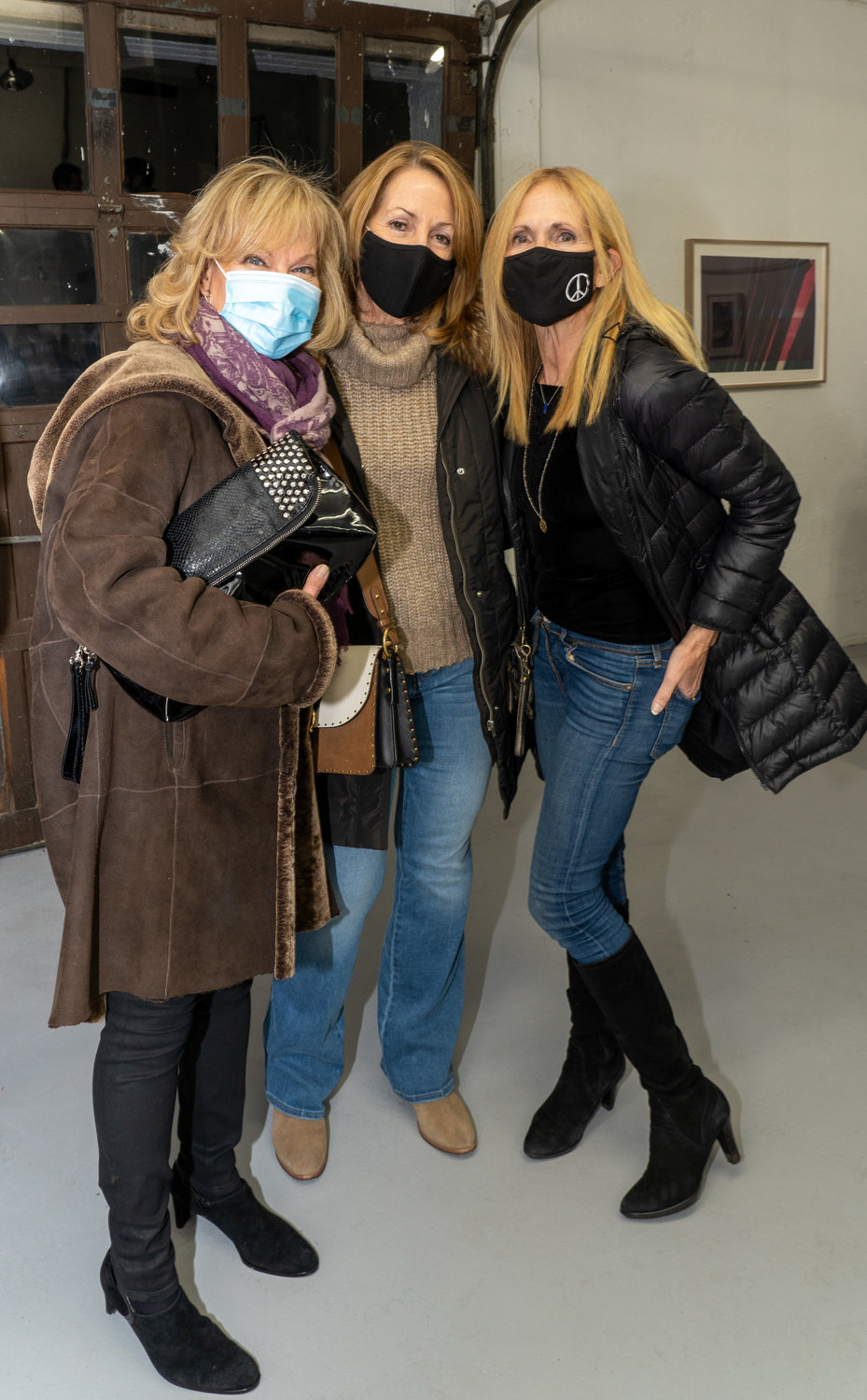 The ongoing Covid-19 outbreak has taken a toll on Sea Cliff's creative community, which included the closure of the village's Creative Arts Studio. But for Matthew Nichols, an art historian, the village remains an artist's haven.

“I don't think Sea Cliff is void of art and culture, absolutely not,” the Sea Cliff resident said. “Right on this little block, there's an art conservator. Next door, Kathleen DiResta has an art collective.”

He has curated the "Lightning Loom" exhibit, which opened on Feb. 17. Housed in a former service station, the exhibit features works by Jamie Mirabella, Jessie Henson, Anne Deleport, James Case, Butt Johnson and Hanna Sandin. Because he knew many of the artists, Nichols said it wasn’t hard to pull together the exhibit.

Ann Kronick, the building's owner, said she had not planned to turn the space into a temporary art display.

“It was in shambles, so I renovated it,” she said. “I got a commercial loan, and I redid the entire building.”

But when further remodeling and leasing plans were put on hold, Nichols, who had previously inquired about renting the space, jumped on the opportunity. By late January, his show was set for Feb. 17-28.

Several residents, including Lin Gilberti, attended the opening reception on Feb. 18. “It’s a beautiful and sophisticated art gallery,” she said. “Beautiful track lights, beautiful white walls and the art is quite interesting.”

But where did the name of the event come from? Nichols wrote in his curatorial essay that “Lightning Loom,” was named after a collage created by Jamie Mirabella. “Though one of the smaller works on view, it provides a potent visual and conceptual anchor for the entire show,” he wrote. “Mirabella’s collage also pictures a network of gossamer threads that seems to spread beyond its frame and connect the varied works in the gallery.”

In piecing together the show, Nichols said he noticed the formation of creative patterns. “Some of the visual relationships, like the colors pink and gold, circulated through the show,” he said. “I just saw a lot of visual connections that were really important to me as I mapped out the space.”

The works themselves varied in size and medium. This included sculptures, canvases and even newsprint.

“At the beginning of the printing, they fix the level of ink and there is this fold in the paper that they try to get rid of,” Deleport said. “When the paper is first printed, there is more ink than paper, and no news.”

There was also a link in the art and how it occupied the space, such as Sandin’s sculptures. Made of polished lightning rods, the position of the pieces forced viewers to navigate the area similarly. "It's great to see an art gallery work thematically and create an audience," Sandin said.

Allan Klein said he was happy that the exhibit opened in Sea Cliff. “There's a need for art in Sea Cliff, especially in the connected communities like Glen Head and Locust Valley, where there’s a lot of artistic talent,” he said. “It’s important to have a temporary space to connect, show our work and meet other creative people.”