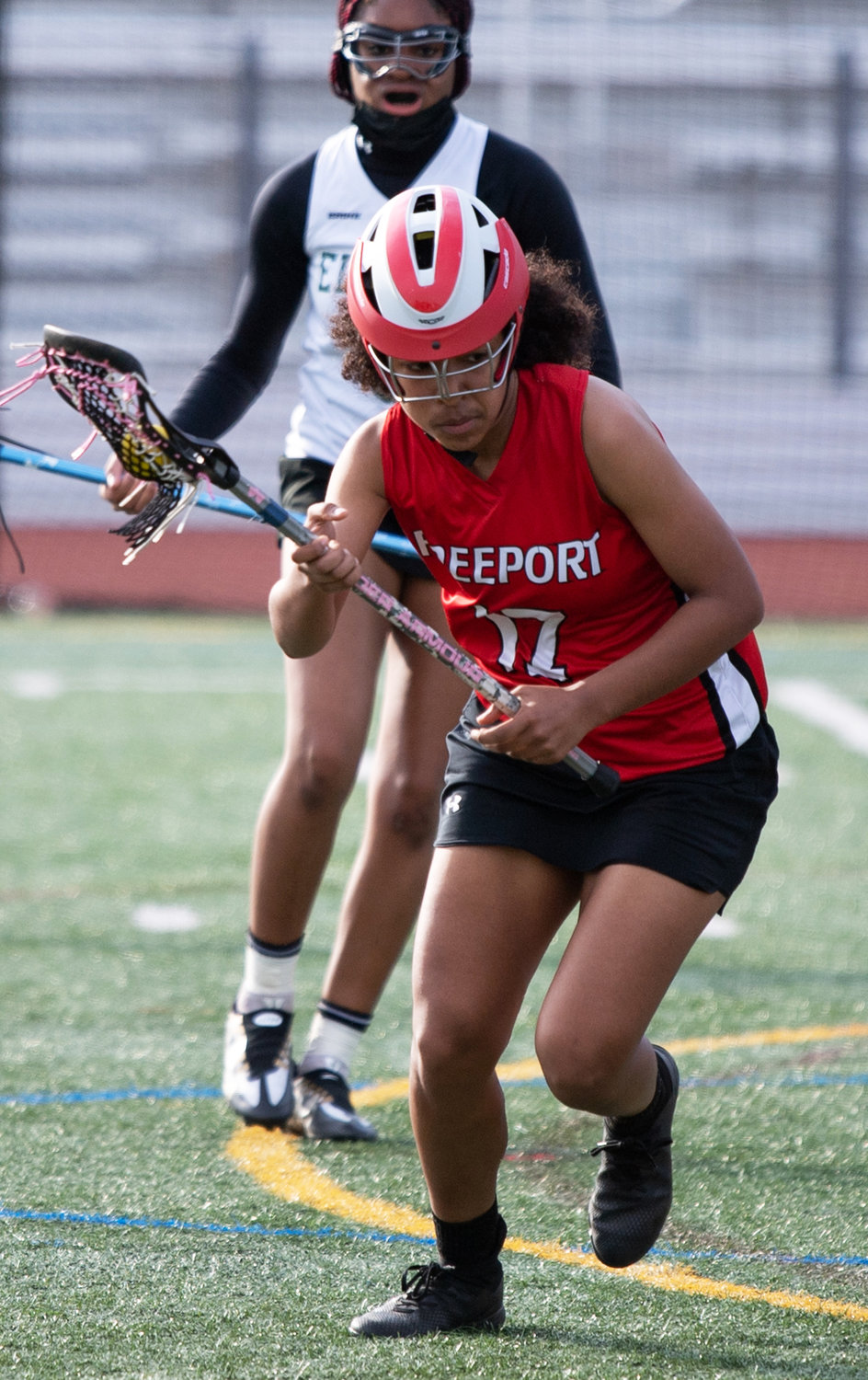 Four years after Anabel Lopez took over a Freeport girls’ lacrosse program that had gone winless in 2017, the former Red Devils player guided her alma mater to a conference title.

Freeport capped off a perfect 8-0 season in Conference V with a dominating 15-2 win against West Hempstead on May 6. The magical 2022 season ended with a loss to East Meadow in a play-in game for the Class A playoffs, which marked the Red Devils’ first postseason appearance in more than a decade.

“We started five years ago to rebuild the program and it finally paid off,” said Lopez, who played lacrosse at Freeport from 2004 to 2008. “They pushed their limits this year and it really showed in being conference champs.”

After just missing out on a conference crown during last year’s abridged season shortened due to the COVID-19 pandemic, Freeport established a strong tone for the new year with a stout defensive showing in a 5-3 non-league loss to Conference IV foe Bellmore Kennedy The Red Devils then won their first four conference games by a combined score of 37-5 capped by a 12-0 shutout of Sewanhaka on April 12.

An April 14 game at Elmont, however, is where Freeport truly displayed the spirit of a champion. Trailing by five with just 13 minutes left in the second half, Freeport scored five straight goals to tie it before winning the key conference showdown 9-8 with a Cassie Smith tally in double overtime. Sophomore goalie Madeline Willocks was key in the come-from-behind effort with nine saves including one in the first overtime.

Freeport also pulled off a comeback in a 7-5 late-season victory against Glen Cove on May 2 in which the Red Devils trailed 4-2 at halftime paced by two goals apiece from Ancksu Dixon, Isabelle Willocks and Smith. It proved to be Glen Cove’s only league loss.

“There is something about this team in the second half where they always figure it out,” said Lopez of her team’s two clutch rallies. “We are the underdogs and sometimes they may come into these games a little intimidated and that sometimes holds us back at the beginning, but the wins show this is a talented team.”

Dixon, Smith and Stuparich are part of a 12-member senior class that have built a strong foundation for a winning culture in Freeport both on and off the field.

“This senior class really meant everything as they were part of the start of rebuilding the girls lacrosse program. They listened, learned and pushed their limits,” Lopez said. “They are the epitome of student-athletes.”