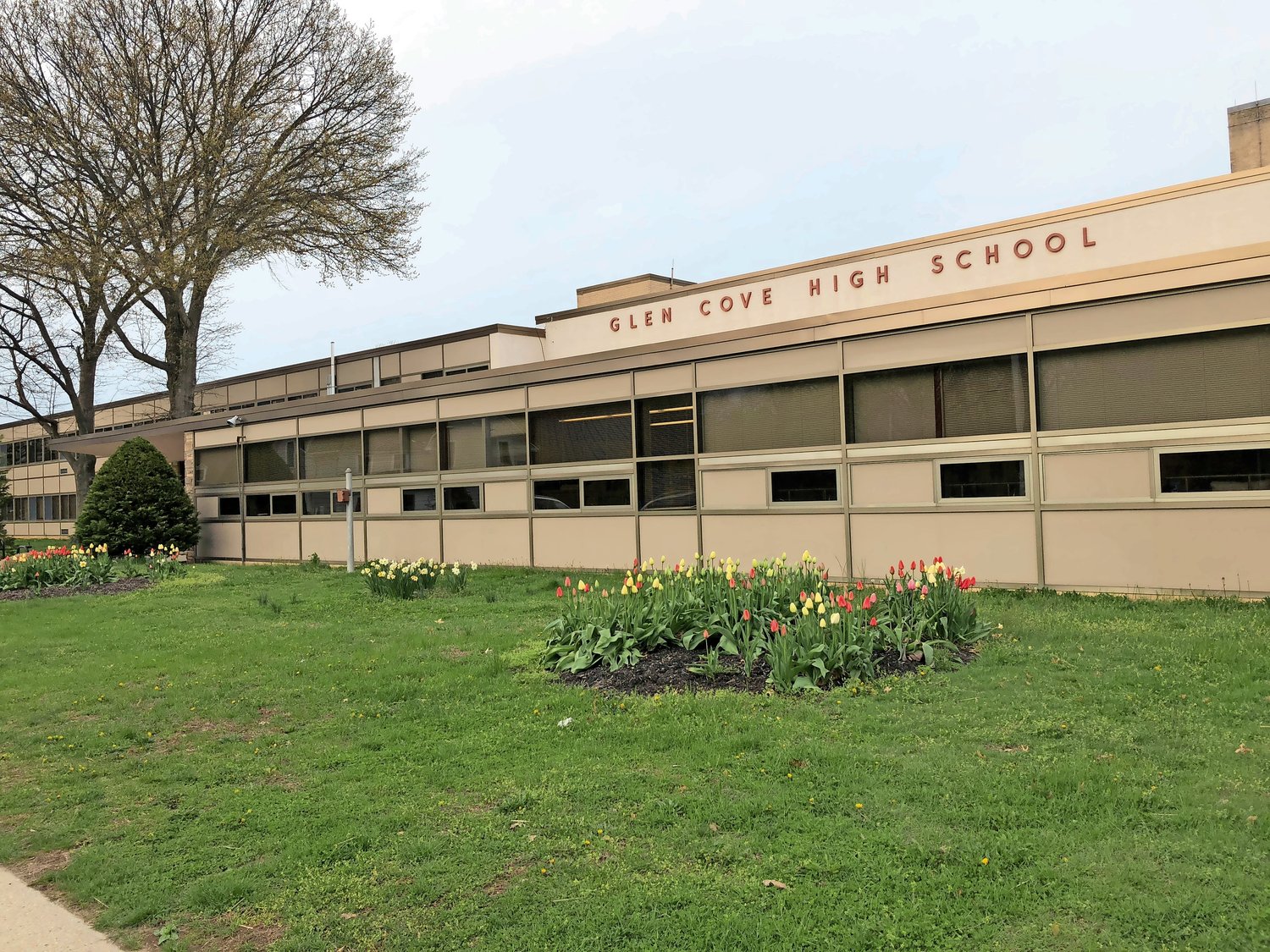 Assemblyman Charles Lavine decided to give Glen Cove schools a $250,000 grant to fix the GCHS and Finley auditoriums’ lighting after the rigging in the GCHS auditorium collapsed in early April.
Laura Lane/Herald Gazette 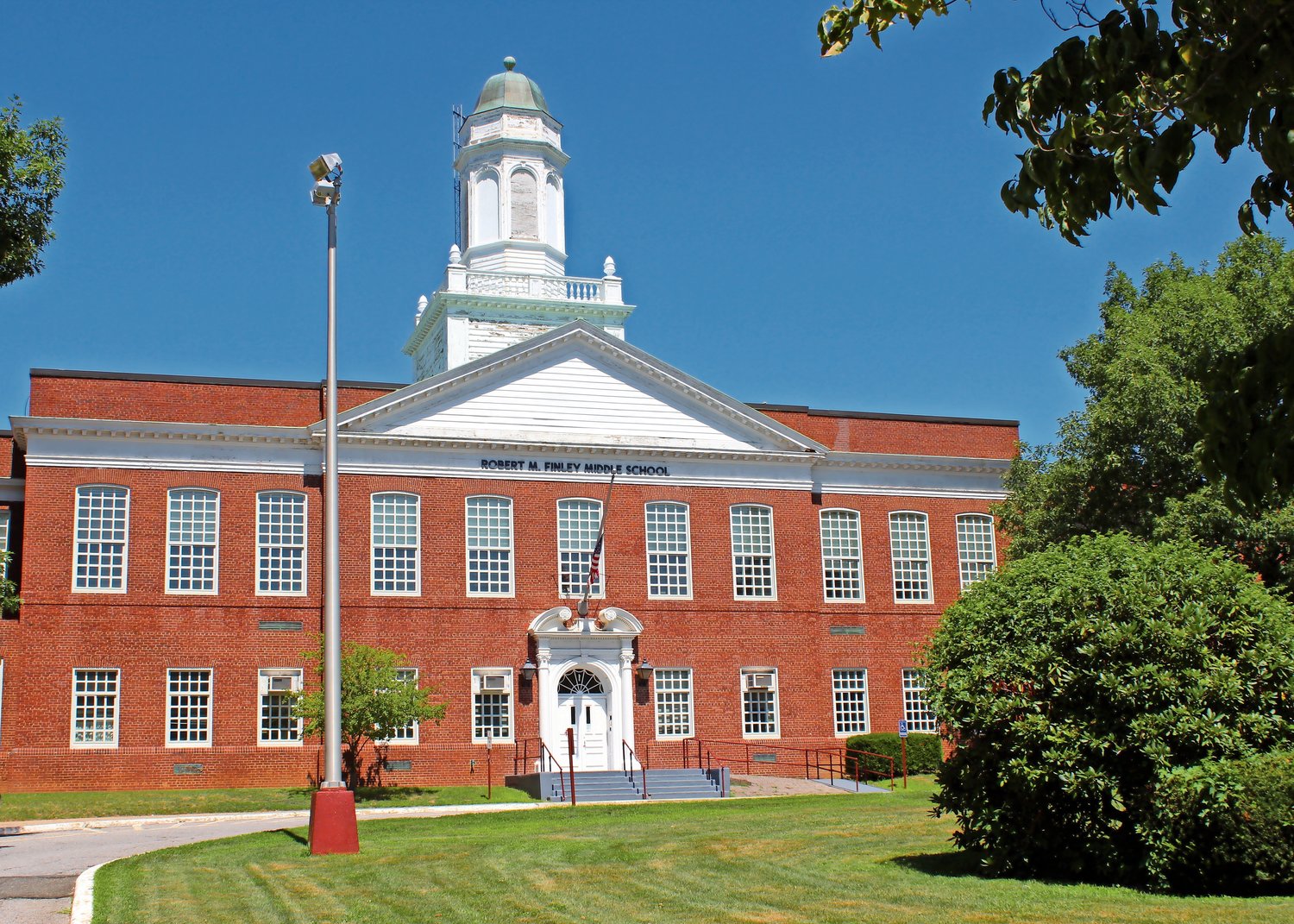 The current lights in Finley Middle School’s auditorium pose a safety hazard. A new system would allow for performers and crew members to focus on their plays.
Herald file photo
Previous Next
By Mike Conn

Seeing a performance, lecture or assembly will look a whole lot brighter at Glen Cove High School and Finley Middle School. That’s due to the new lighting fixtures that will soon be installed there, thanks to a grant secured by Assemblyman Charles Lavine.

The current light rigging has created challenges for the production of the district’s plays. And on at least one occasion the aging system could have led to student performers being hurt.

Lavine said that he was first made aware of the high school’s need for a new rigging system after his wife, a former Glen Cove teacher, told him that the lights had fallen onto the stage on April 9. Fortunately, the students from the high school drama program had just completed their rehearsal of Les Misérables so no one was hurt. Viktor Tymchynyuk, the district’s facilities director, said the stage did not sustain any damage either.

In the days that followed Lavine went to the high school to access the situation. He spoke with district officials committing to provide a $250,000 grant for replacement lighting in both the high school and at Finley, where the auditorium has been in need of new lighting for years.

Due to the incident in the high school auditorium, the performances of Les Misérables, originally scheduled for April 12 and 13 were cancelled. However, the district was able to improve parts of the current rigging over spring break, and now the performances have been rescheduled to May 2 and 3.

As the director of both the high school’s choral and drama programs, Ed Norris has spent a great deal of time in the GCHS auditorium over his 17 years with the district. He described the collapse of the lighting fixture as a “really scary situation,” and said that it could not have been predicted. The collapse, he said, resulted from an aged system, not defective rigging.

When Norris heard of Lavine’s grant he spoke to the assemblyman directly to thank him. “To know that someone like [Assemblyman] Lavine cares like he does, it’s inspiring,” Norris said. “We’re just so grateful that he’s a supporter of the program and most importantly, of our children [and] of our future.”

Christopher Moll, the director of Jazz Hands Children’s Theatre and the advisor for the Finley Middle School Drama Program, both of which use the Finley auditorium, said that a new lighting system has been needed since he first arrived in 2015. The two biggest problems with the auditorium, he said, are the dimmer switches and the rigging. According to Moll, most of Finley’s dimmer switches — which control the directions in which the lights face — simply do not work. And the rigging, which holds everything up, is outdated, and much like the high school’s is prone to collapse due to age.

Moll said that he is pleased with Lavine’s grant not only as a director who utilizes Finley’s auditorium, but also as a father of a student who attends the middle school. “It’s amazing that he cares about our schools and recognizes the need and the issues with the old equipment,” Moll said. “Someone’s looking out for us.”

Rianna said she appreciates Lavine’s support for the district. “[He] continues to care for the welfare of all the faculty and our students and continues to support the work that is being done here,” she added.

Beyond the safety that comes along with the new lighting equipment, both Norris and Moll said they are excited to be able to put on bigger and better shows. “To have a completely new facility . . . it gives us so much more that we can do with our productions in terms of the lighting and the technology,” said Norris. “We can really use all of the technology that we have in the room right now.”

Moll said the poor lighting has required that he rent lights for his shows, which takes money out of his budget. Now, he said, the program can use that money for better sets and costumes, as well as a much wider range of possibilities for the lighting. Not having to worry as much about the lighting will also provide opportunities for the 25 students on the crew to develop a wider range of production abilities.

“To have a lighting system that’s more advanced, they’ll have more of an opportunity to learn those skills,” Moll said.

Lavine said there were several things that contributed to his decision to provide the district with this grant, although one takes precedence above the rest.

“First and foremost, we need to protect the lives and the safety of our children,” he said. “That’s the most solemn responsibility of anyone in elected office, whether they are elected to a state legislature, a city council or a Board of Education.”

Lavine also explained that he hopes the people of Glen Cove will understand the importance of investing in public assets such as public schools. Our future depends on these schools, he said, and, “If we fail to invest in the future, we will lose everything.”