Harry Wilson dedicated to looking out for the ‘little guy’ 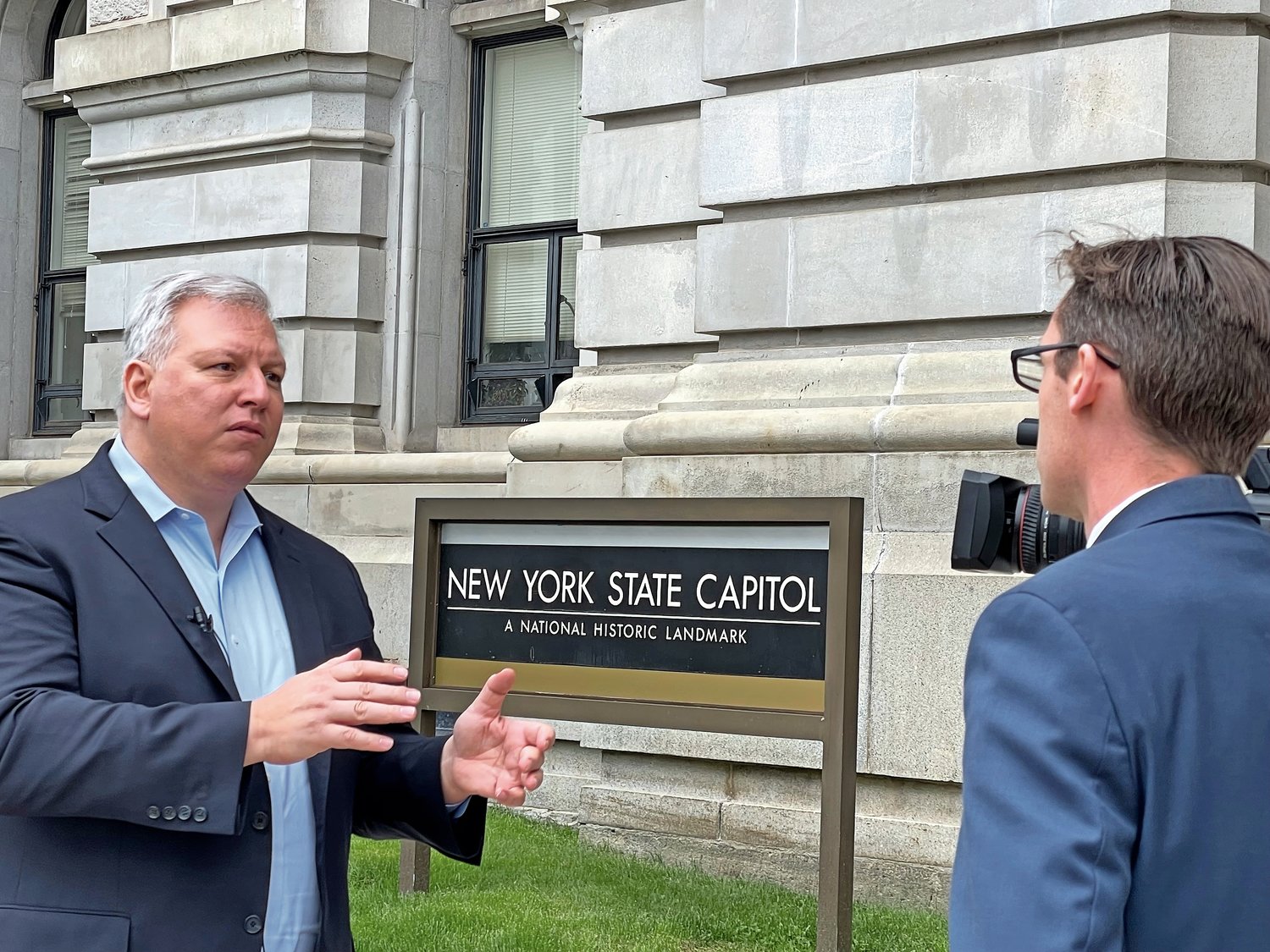 Harry Wilson hopes he can turn his business savvy into making things happen in Albany as New York’s next governor. But to even get a chance, he has to overcome a field of Republicans who have far better name recognition than he does.
Courtesy the Harry Wilson gubernatorial campaign
Candidate Talk

Harry Wilson doesn’t have the most recognizable name among those running for governor — in either party. But then again, as the self-proclaimed turnaround expert might say, maybe he should.

It’s not like Wilson hasn’t sought office before. Hailing from Johnstown — less than an hour north of Albany — Wilson ran for state comptroller in 2010, losing to longtime incumbent Thomas DiNapoli.

But now Wilson is ready to move from company executive to state executive, looking to be the Republicans’ representative on the November ballot to take back the governor’s office.

“The two things that I think are essential for a successful candidate for governor,” Wilson recently told reporters at a Herald Roundtable. “One is the ability to actually fix this broken state, not just manage the decline, as I think most other candidates are proposing to do.


That’s easier said than done. Other Republicans in the race, like Andrew Giuliani, Lee Zeldin and even Rob Astorino, have far better name recognition.

But running a state government isn’t much different from running a business, Wilson said. It’s just that many politicians wouldn’t know the first thing to do in the latter situation, since they’ve never run a business.

“I’m not a partisan,” Wilson said. “I am a very deeply, philosophically, limited-government conservative across the board, so I’m happy to talk about that. But, basically, I’ve been really focused on delivering results for my business, customers and stakeholders. And in my political focus, on taxpayers and voters.”

Wilson describes his core principals as lower taxes, lower cost of living and safer streets. And he believes he can fulfill those goals with the Legislature, whether it’s run by Republicans or Democrats.

“I have negotiated hundreds of deals with all kinds of entrenched stakeholders, with unions, who were kind of set in their ways,” Wilson said. “I always came to these companies that are in or near bankruptcy, so everybody’s mad. They’ve lost a lot of money, and they may have been worried about their jobs.

“I have to deal with that, and create a new vision that people can believe in and rally around. And create a plan that people can support and work toward together.”
That even means taking positions that Republicans traditionally have not — like the fact that Wilson is pro-choice, and says he would protect women’s reproductive rights.

For him, it’s the first step in bringing a highly polarized electorate back together. And as governor, that’s what Wilson intends to do.

“I’m looking out for the little guy,” he said. “Small businesses. Regular people, and creating the environment so they can all thrive through their own merit.”