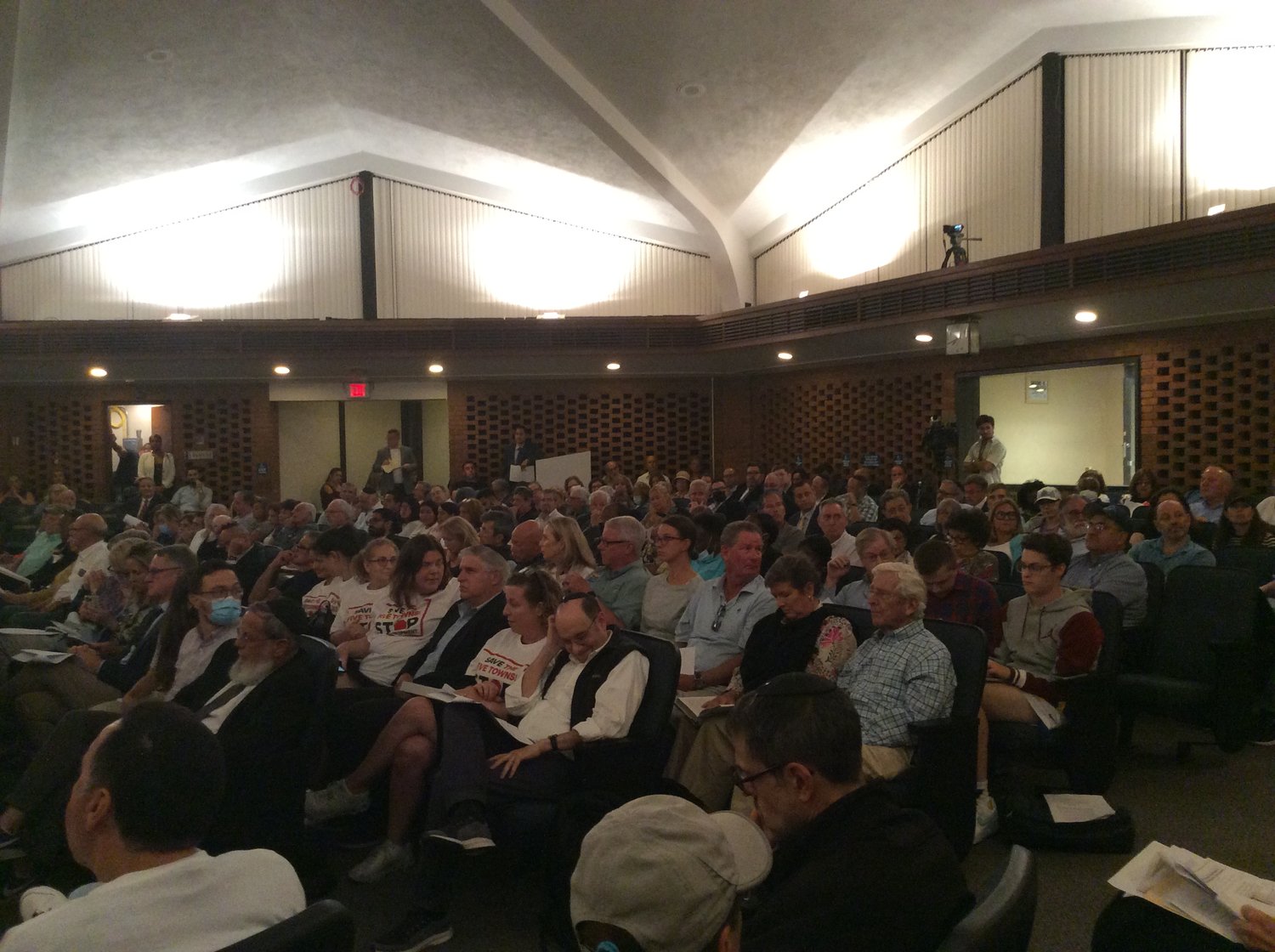 More than 100 Five Towns residents attended the Sept. 20 hearing where the Town of Hempstead approved a temporary ban on building in those communities.
Kepherd Daniel/Herald
By Kepherd Daniel

The Town of Hempstead board voted unanimously to approve a six-month temporary moratorium to halt building in what is known as the business overlay and transit-oriented development district in Inwood and North Lawrence.

The Sept. 20 vote was much to the relief to the more than 100 Five Towns residents who attended the meeting and had called on the town to help remedy a situation where community members felt under siege by too many proposed development projects. A community meeting last month galvanized resident opposition to what they think is overdevelopment in Cedarhurst, Hewlett, Inwood, Lawrence and Woodmere.

“There are obviously many building projects being planned all over the Five Towns.” said Rena Saffra, a member of the Five Towns Civic Association. “Each one on its own may not sound so bad, but the totality of them all is something that must be taken into consideration before we get the green light.”

Developments include a proposed development at the 110-acre Woodmere Club. A three-story Amazon warehouse on the Nassau-Queens border; 17 approved single-family homes on property formerly owned by the Lawrence Woodmere Academy; nearly 20 acres of transit-oriented development in Inwood and North Lawrence; the approved Pearsall Project, in Cedarhurst, and Far Rockaway’s Rockaway Village Apartments, which, when finished, will comprise eight buildings and 1,693 residential units.

Regarding the possible development of the Woodmere Club, Saffra said, “We hear that there’s possible consideration to building 80 homes on the entirety of the property and this is unacceptable.”

In May of 2021, developers proposed a plan to build age-restricted condominiums on 20 percent of the property and turn the remaining 80 acres into a nature preserve through the stewardship of the North Shore Land Alliance who agreed on the project.

This story will be expanded in the Sept. 29 Herald.