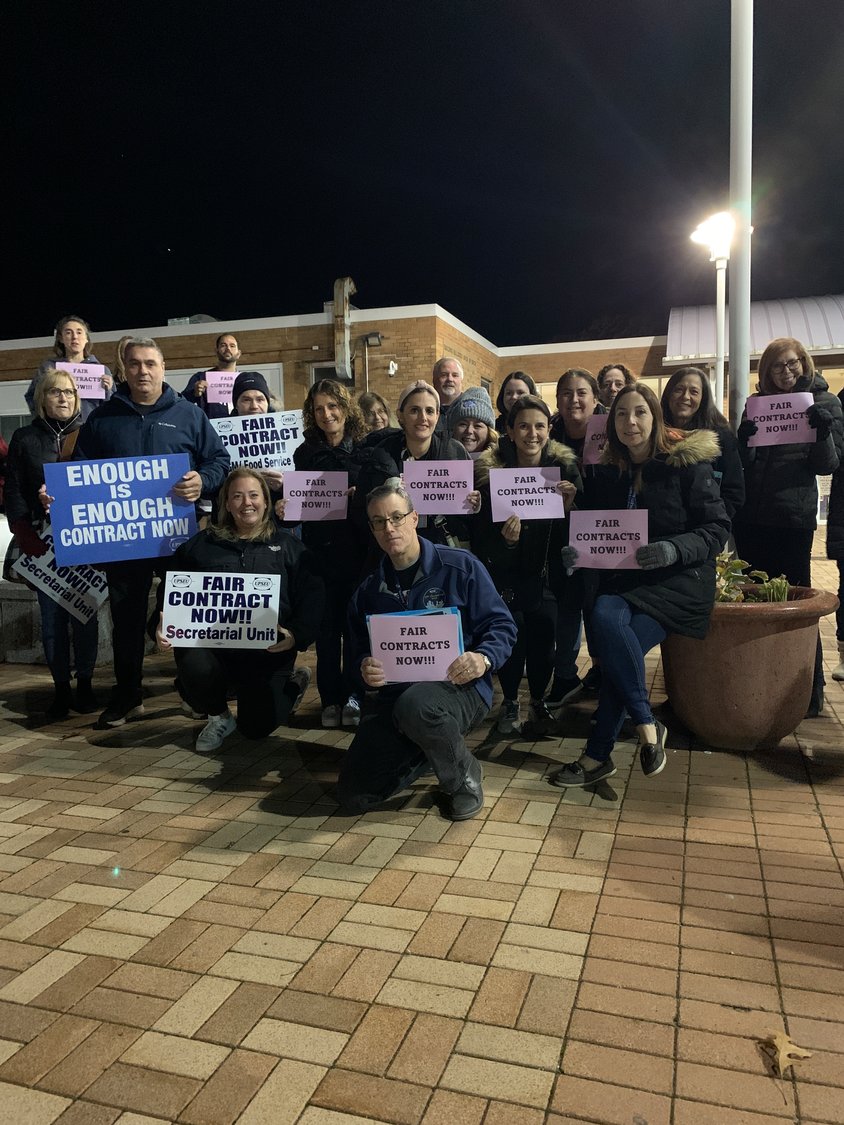 Hewlett-Woodmere School District faculty gathered outside the high school before their walk on Nov. 16.
Hernesto Galdamez/Herald 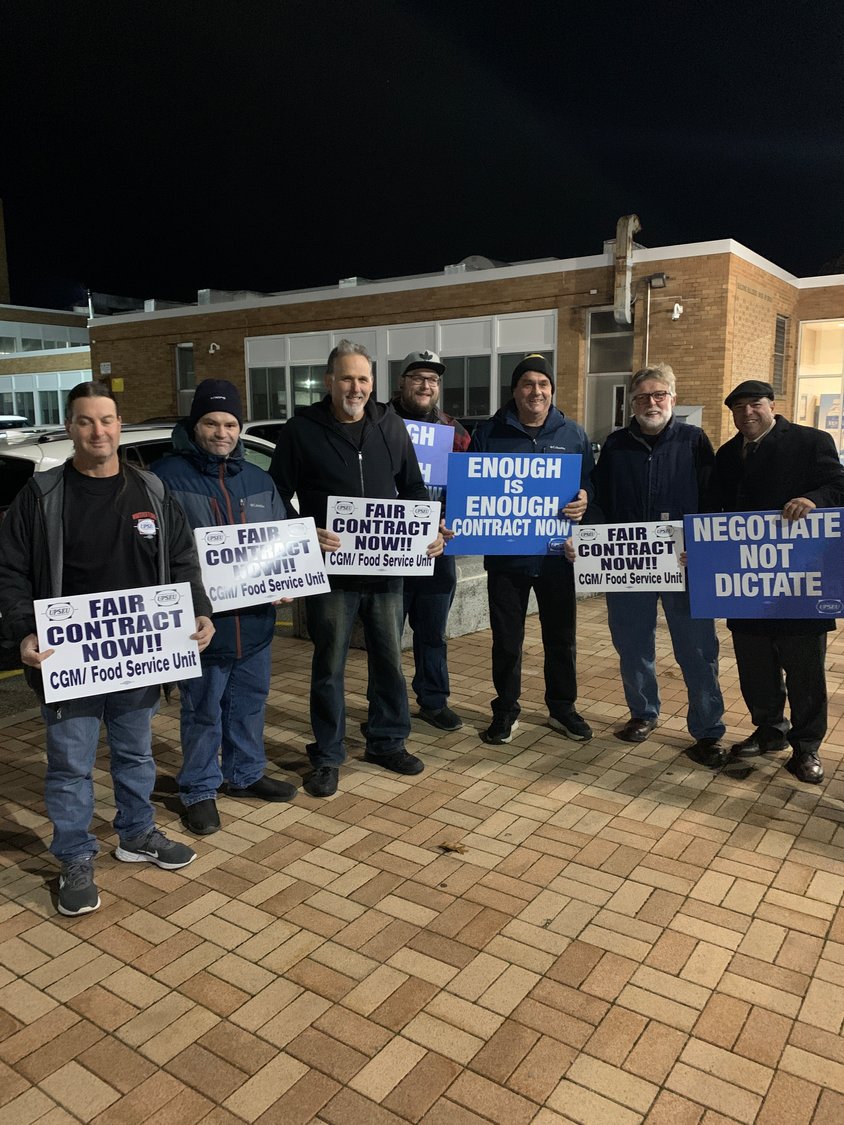 The Hewlett-Woodmere School District custodial staff joined the walk for a new contract on Nov. 16.
Hernesto Galdamez/Herald
Previous Next

Under these conditions, the message is clear. It is that you don’t appreciate us or the work we do.”
Deborah Horvath
By Hernesto Galdamez

Hewlett-Woodmere Faculty Association members brought their fight for a new contract to the Nov. 16 Board of Education meeting, having joined forces with the school district’s clerical staff, custodial and maintenance workers and information technology employees.

All four bargaining units, which are working under expired contracts, partnered on a Nov. 8 march that aimed to get their point across to district officials. Then, before last week’s board meeting, HWFA members and those from the other units took part in another walk that followed the path of the first march, beginning at Hewlett High School, on East Rockaway Road, proceeding along Broadway and then behind the school on Cedar Avenue, ending where they started. During both rallies, motorists honked to show their support.

At the board meeting, in the high school library, HWFA President Ric Stark and his fellow employees walked to the front of the room to address the trustees, and were welcomed with a round of applause from other attendees.

Stark, who represents 300 HWFA members, said he wanted his message to be heard. “I stand before you not just to represent our teachers, but in solidarity with those who make it possible for us to do what we do,” he said, referring to the clerical staff, custodial and maintenance workers and IT employees.

Deborah Horvath, president of the Hewlett-Woodmere secretarial union, spoke on behalf of her colleagues, asking the board to reconsider talks for a new contract. “Our importance and value cannot be minimized,” she said. “As a support staff, we execute all of the administrative duties require to run the district smoothly.”

Secretaries have been working with an expired contract since June 2020, the longest period of any union in the school district. “Under these conditions, the message is clear,” Horvath said. “It is that you don’t appreciate us or the work we do.”

Brandon Nasierowski, a United Public Service Employees Union labor relations representative, confirmed that meetings have been scheduled with the district to discuss negotiations: Nov. 28 for the custodial and maintenance worker, Dec. 5 for the IT employees and Dec. 12 for the secretarial unit. A meeting between district officials and the HWFA is set for Dec. 19.

In the 33 years that Stark has worked in the district, there have never been four expired contracts simultaneously, he said. “We need only look to our immediate neighbor district to see the effects,” he said, referring to the 12 years the Lawrence Teachers Association has gone without a new agreement. It is the longest current streak in the state, and Lawrence Union Free School District teachers have not received general salary raises since their contract has expired. Hewlett-Woodmere and Lawrence are the only two school districts in the Five Towns.

The Lawrence faculty has taken part in walks outside district schools, and gone even further to get its message across. Lawrence Teachers Association President Rachel Kreiss, a cousin of Herald columnist Randi Kreiss, said that union members have walked with signs at trustees’ homes and businesses.

None of the seven Hewlett-Woodmere Board of Education trustees commented at the Nov. 16 meeting, other than to thank the speakers. Neither board President Debra Sheinin nor the district administration returned calls seeking comment.

Have an opinion on the Hewlett-Woodmere School District contract talks? Send a letter to jbessen@liherald.com.