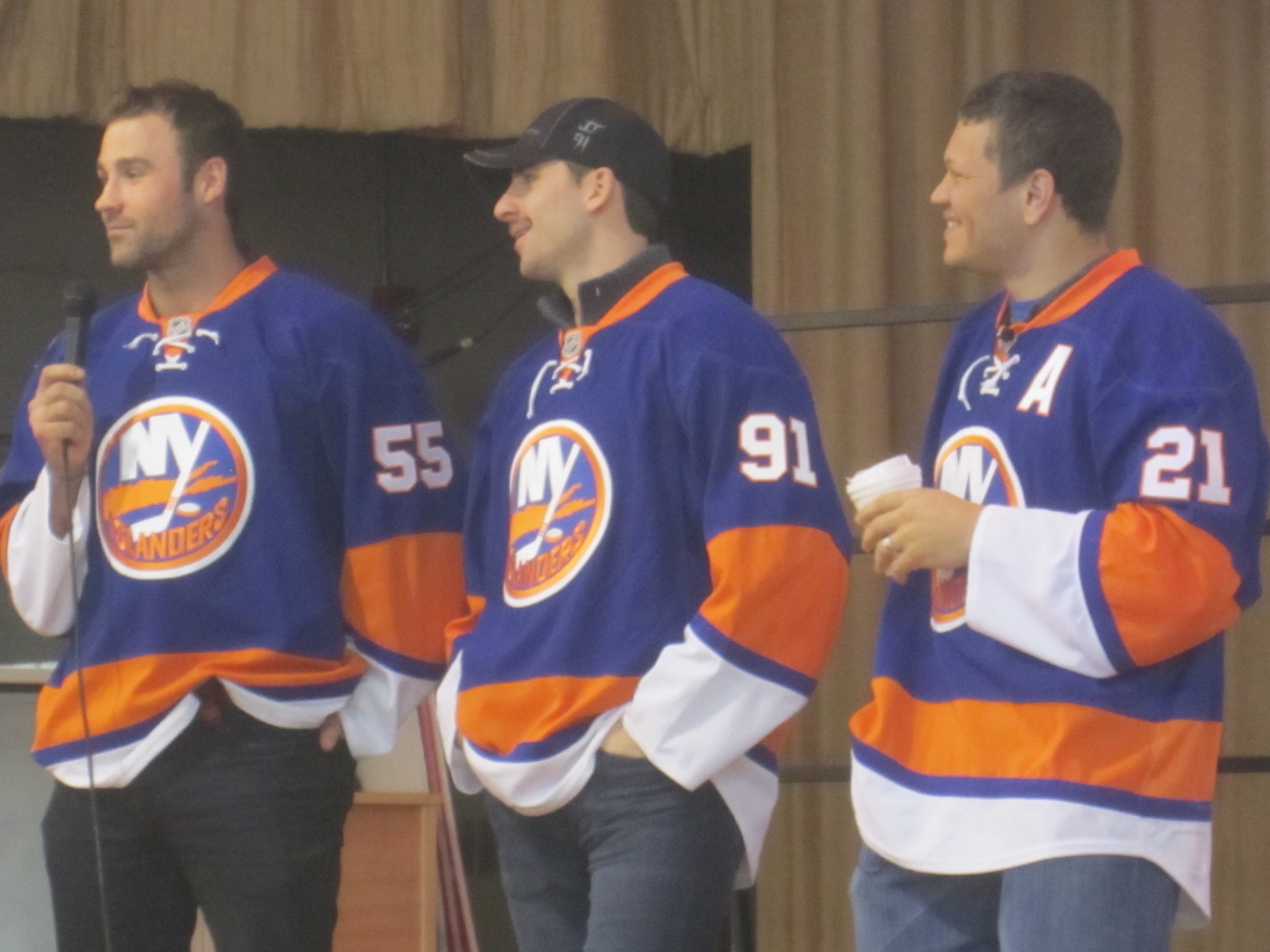 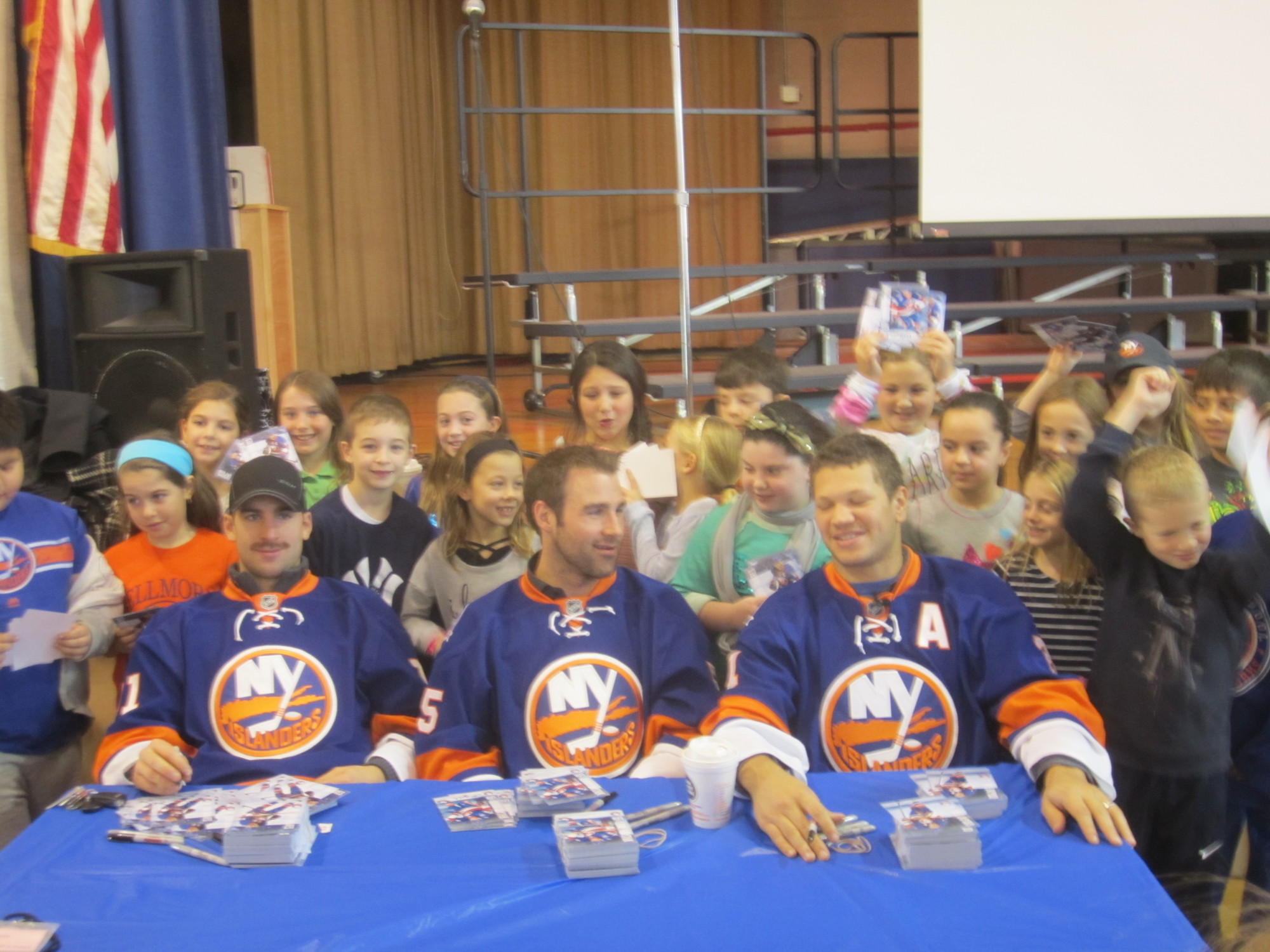 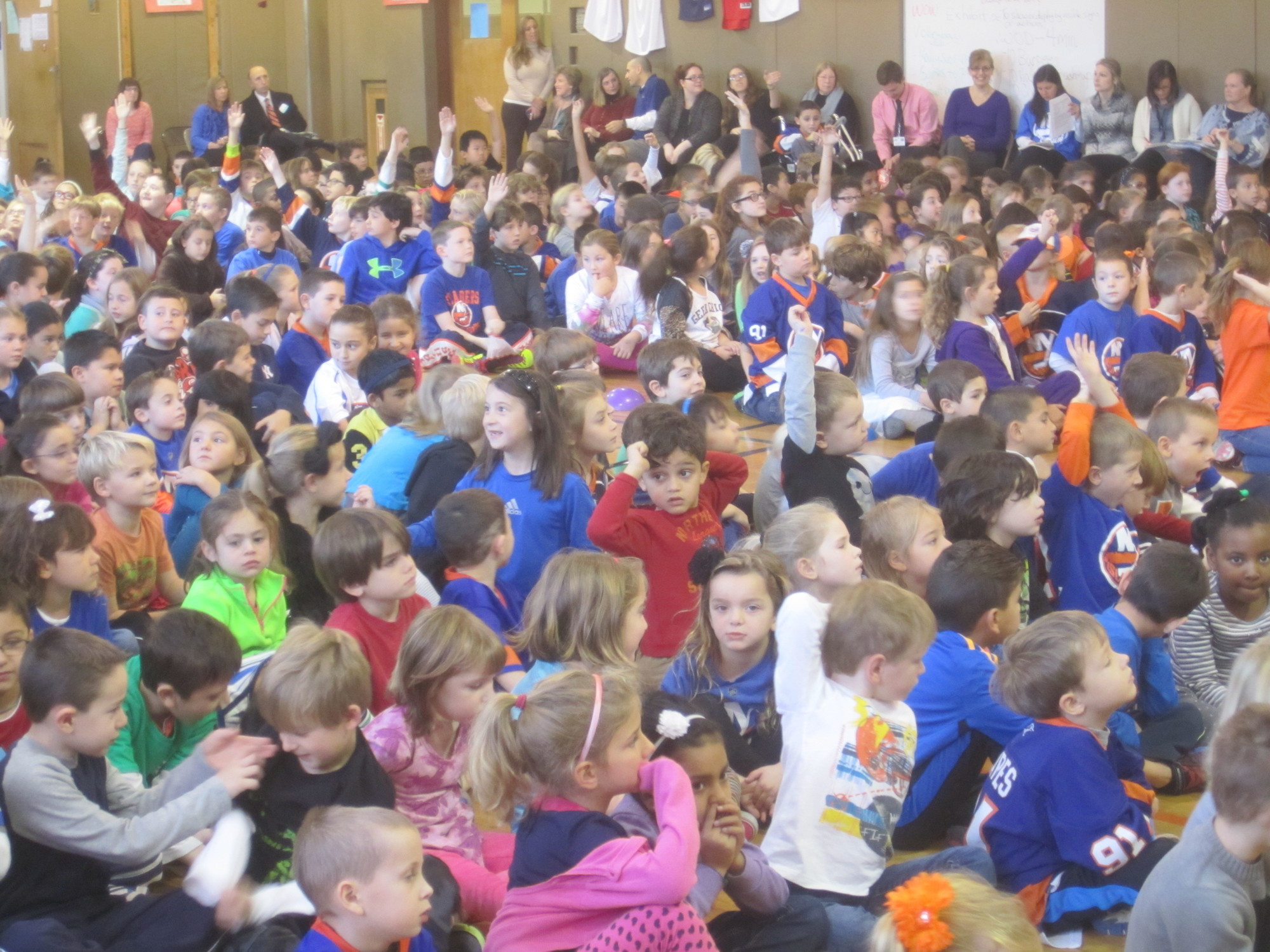 Students had many questions for the athletes.
Brian Racow/Herald Life
Previous Next
By Brian Racow

Probably the team’s three best skaters — John Tavares, its captain and a center, Kyle Okposo, an alternate captain and right wing, and Johnny Boychuk, a defenseman — stood at 9 a.m. last Wednesday, just hours after a 5-2 home-ice victory over the Tampa Bay Lightning, on stage in Old Mill Road’s auditorium. They and their teammates at other Nassau schools — including center Josh Bailey, center Casey Cizikas and defenseman Nick Leddy at Fayette School, also in North Merrick — took part in assemblies extolling the virtues of learning, perseverance, teamwork and healthy living. It was a repeat performance for the Islanders and Tavares, who visited Fayette last November. That time players Travis Hamonic and Colin McDonald accompanied him.

Tavares, Okposo and Boychuk took the stage at Old Mill Road to a video of Islanders game highlights set to rousing guitar music, which elicited cheers from hundreds of students seated on the floor in the school’s auditorium/gymnasium. Many of the children — and some of their teachers, who stood or sat in chairs around the room’s perimeter — wore Islanders jerseys and T-shirts. One intrepid Old Mill Road staff member wore a New York Rangers jersey.

The players discussed their journeys from American and Canadian youth hockey leagues to the pros and their beliefs about what makes a team successful. Tavares, 24, from Oakville, Ontario, and one of the National Hockey League’s top players, said playing in New York and winning an Olympic gold medal with Team Canada has been “a tremendous experience.”

Okposo, 26, from St. Paul, Minn., revealed that basketball was his first sports love before he drifted toward hockey. Now a father, Okposo encouraged the children to respect their parents and teachers.