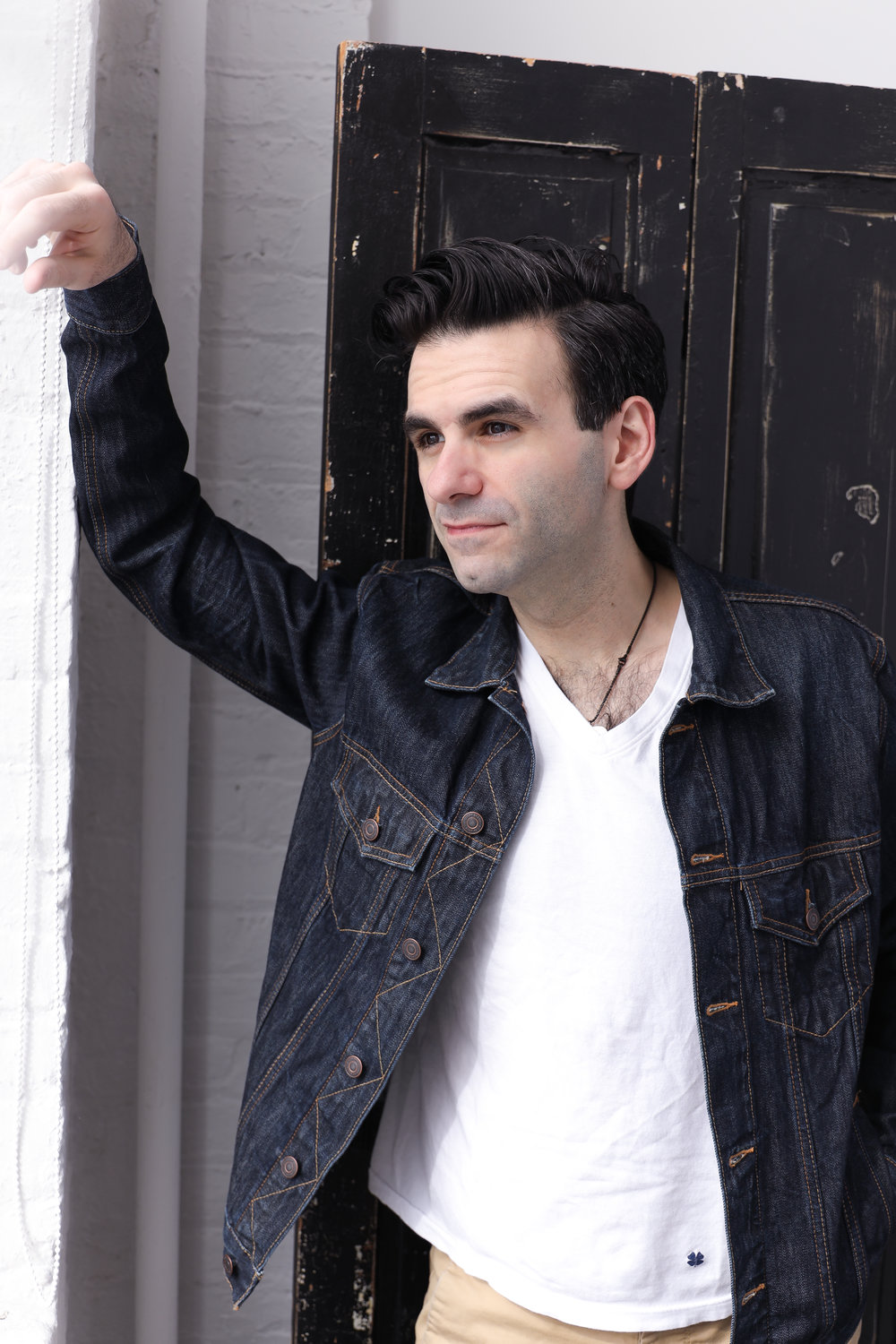 ‘Joe Iconis’ is the name on everyone’s lips these days, and it’s not difficult to understand why. The Tony-nominated composer-lyricist-songwriter is currently represented in New York by Broadway’s “Be More Chill” and Off-Broadway’s “Broadway Bounty Hunter,” an R&B blaxploitation/martial arts-influenced musical. He has at least two new musicals set to premiere in the next year, and more projects in the pipeline. Unbeknownst to most people, the Garden City native already had an enthusiastic fan base long before he had made it to the Great White Way.
When Iconis was a freshman in high school his band teacher recommended him as the piano player for a new musical theater program at Hofstra University. Within a few years he had taken over the program, which included kids ages six through 18, the same age as Iconis, who himself was a high school senior.
“It was actually the first time I really got to write shows,” remembers Iconis. “We would essentially do a jukebox musical as a culminating event, which was a whole bunch of random theater songs that the kids liked, and then I would write a play around it. I had moments there that were just as artistically fulfilling, fun and invigorating as those I had working on “Be More Chill” on Broadway. Back then I realized I’m not doing this to work with famous people or to have a show on Broadway. The reason is that I love being in this community and I love making stuff with people who are excited, whether that’s a kid who can’t sing who is 8-years-old, or Betty Buckley.”
Iconis continued to work with the Hofstra program through his last year of graduate school in 2006, simultaneously writing his first musical, “Black Suits,” about a high school garage band on suburban Long Island. (“Suits” featured Locust Valley native Will Roland and Annie Golden, who are currently starring in “Chill” and “Hunter,” respectively.) As his career continued to take off he never forgot his Long Island roots, even taking on the role of musical director for the 2014 West Hollow Middle School production of “Little Shop of Horrors” alongside Phil Iconis, his brother and the show’s director. (Phil is also one of “Hunter’s” producers.)
His admiration and passion for Golden’s talent left an imprint on Iconis, leading him to write “Hunter” with the “Orange is the New Black” actress in mind. “As long as I knew her, I kept going, ‘Annie’s always the person who sings the song, sort of steals the show, and then goes back to wherever she came from,” he says when considering the impetus for “Hunter.” Why doesn’t Annie have something where she’s the lead?”


A central theme of Iconis’ work is the plight of those who feel marginalized or could be labeled as misfits; “Hunter,” running through Aug. 18 at Greenwich House Theater, is no exception. The story, co-written by Lance Rubin and Jason “Sweettooth” Williams, is centered on a down-on-her-luck actress who is just about finished with show business when she is given the opportunity to become a real-life Kung Fu-fighting bounty hunter.
“I feel like an actress like Annie is sort of invisible in musical theater,” says Iconis. “You never see actresses like her in leading roles in shows because those shows don’t exist. Even though [“Hunter”] is very much about being a certain age and feeling like you want to be shown the respect that you deserve, it’s also about feeling invisible. That’s a really universal thing at any age.”
Next up for Iconis is “Love in Hate Nation,” a love story between two girls set in a juvenile hall in 1962, which will play at Two River Theater. Then there’s his Hunter S. Thompson musical that is slated to premiere at La Jolla Playhouse next year.
“It’s so unabashedly political,” he says of the piece that is most markedly different from his others. “It’s the first one I wrote about a real person, but at its heart it is also about misfits.”
Also in the works is “Punk Rock Girl,” a jukebox musical that he is writing with high schools in mind. “It’s populated with characters that simply have to be played by the weird kids who wouldn’t normally play the leads,” he says of his concept.
Perhaps a bit of inspiration for “Punk Rock Girl” and the rest of his work came from the first actual jukebox that Iconis frequented at his grandfather’s Rockville Centre restaurant, Joe’s Place. It closed when he about 6-years-old, but he fondly remembers that he “lost [his] first tooth singing “La Bamba” in front of the jukebox,” and spending much of his time sitting at the bar chatting with patrons.
He returns to Long Island frequently (though he says he has yet to find one of the many “Chill” posters aligning the cars of the LIRR!), always with a proverbial pen in hand, at the ready for the next idea.
“My dream is for young people to be excited about shows that are original,” he says, considering both the kids at Hofstra’s summer camp and those marginalized “misfits” who have shown adoration for “Chill” and “Hunter.” “I am so proud that they are getting excited about new musical theater.”
For more information about Broadway Bounty Hunter visit broadwaybountyhunter.com.
Report an inappropriate comment