Bill Dawes on Kevin James, surfing and why he is fond of LI 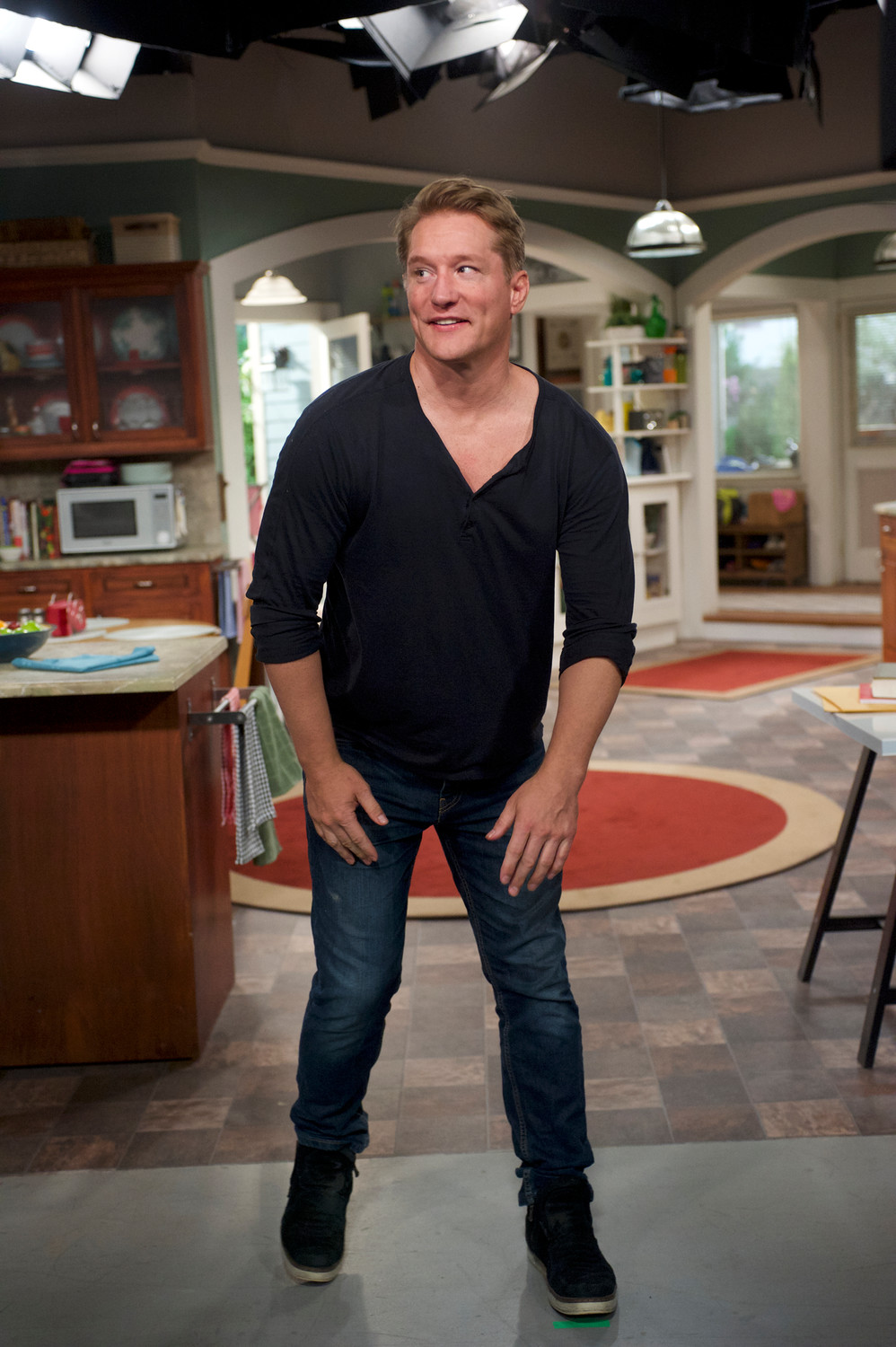 Bill Dawes takes a bow after the live taping of ‘Kevin Can Wait’ at Gold Coast Studios.
Courtesy CBS
By Iris Wiener

Anyone who has dabbled in comedy is aware that one cannot be a comedian without life experience.
Actor-comedian Bill Dawes has certainly had a wealth of it, and fortunately for Long Island, especially the South Shore, many of his favorite stories have roots in the area. Most recently the film (“Before the Sun Explodes”), TV (“Elementary,” “Rizzoli & Isles”) and stage (“Bronx Bombers”) performer appeared on the second season premiere of “Kevin Can Wait,” which brought him to East Meadow’s Gold Coast Studios.
When Dawes is nurturing his passion for stand-up he tours the world, some of his favorite spots, however, include comedy clubs and colleges throughout Long Island.
“Long Island crowds are not as ridiculously politically correct as some of the other places on the eastern seaboard,” he says, referring to one of many reasons he enjoys performing here.
Another reason is the surfing. “Only real studs can surf on Long Island,” he jokes, laughing about the adage a surfer passed on to him. “I think you have to be really good to handle the rougher surf. The surfers on Long Island are also really inviting to people who want to surf their local haunts. Maybe it’s because they want to make fun of them when they wipe out!”


Dawes went to graduate school at NYU for acting after performing in plays at Princeton University. Later he began taking on Off Broadway audiences in pieces such as “Burning Blue” and “Ears on a Beatle” starring Dan Lauria. He and the “Wonder Years “alum would go on to work together again, on Broadway, in “Lombardi.”
“I started to realize that the idea [had been] drilled into my head since graduate school that playwrights divinely poop their words and we lowly actors are just the lucky recipients of their droppings,” he says of his penchant for writing. “That idea started to stick in my craw a bit. Whenever playwrights get arrogant about the sanctity of their monolithic visions and words and how they don’t need collaboration from actors, I just tell them to tell that to Tommy Kail and Lin Manuel Miranda, who worked and collaborated with their actors for six years to create Hamilton.”
Now a mainstay at Los Angeles’ Laugh Factory, Dawes has ample opportunities to write, and draws some of his best bits from his experiences here — and nothing is off the table.
He tells of a time when he dated a girl from Glen Cove, whose parents had made it clear they were worried about his career choice. Dawes learned approximately twelve phrases in ASL from Youtube in order to impress her deaf father, and later discovered through his girlfriend that his attempts at ASL had been inappropriate, to say the least.
“I really should have studied the sign language a little better,” he laughs, reflecting on the infamous Glen Cove barbecue at which he met her family. “I thought I was getting brownie points, but I was really just convincing her dad even more that I wasn’t the right fit. We went to Long Beach to go swimming, and I definitely knew enough sign language to notice her dad joking about me going out into the ocean to get eaten by sharks. That’s right, ASL for ‘shark’ is pretty darn obvious!”
Dawes loves any opportunity to come to the area, but none so much as the chance to be on the second season premiere of “Kevin Can Wait.” Ironically, he played an ex of Leah Remini, and was a pivotal part of the episode.
“Kevin is a genius and consummate professional,” he says, of working with star James. “He’s a true Long Island guy. He strikes me as honest, loyal and hardworking. I wore a ‘Brazilian Jiu Jitsu’ shirt the first day, hoping that he would want to talk about BJJ and MMA [Mixed Martial Arts] and then we would be best friends…and cut to me still on Kevin Can Wait six years later. But, like a guy who leads successful shows, he showed up, nailed his scenes, and moved on to the next part. I just tried to set him up for some big laughs, which I hope I did.”
“Kevin Can Wait” is the first live comedy to shoot on Long Island. “Everyone is super nice here,” says Dawes. “If I were to become a regular on Kevin Can Wait, I’d move to Long Island. It’s one of the most beautiful and underrated parts of the country. Will everyone who reads this write and call in please? Thanks!”
Report an inappropriate comment