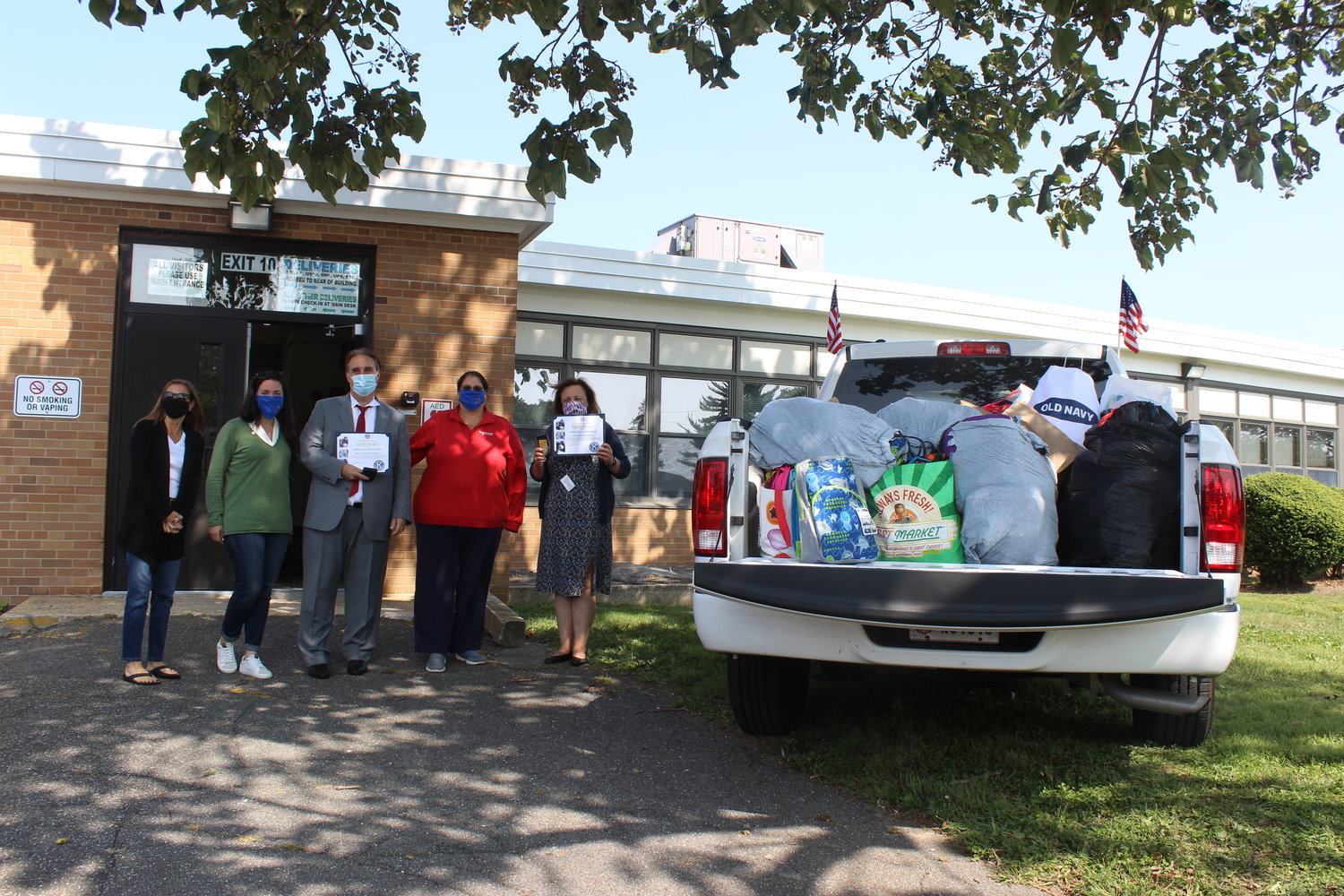 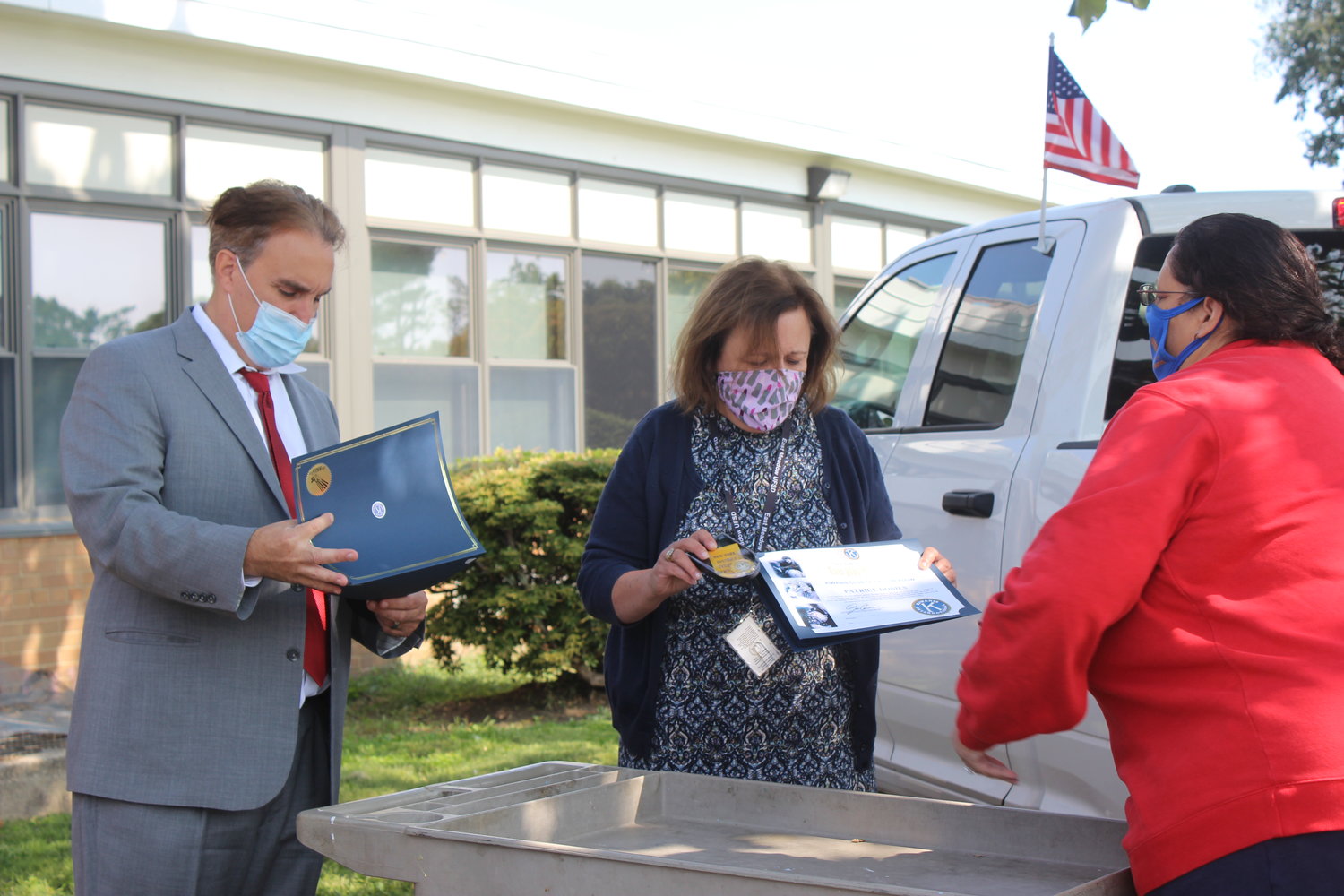 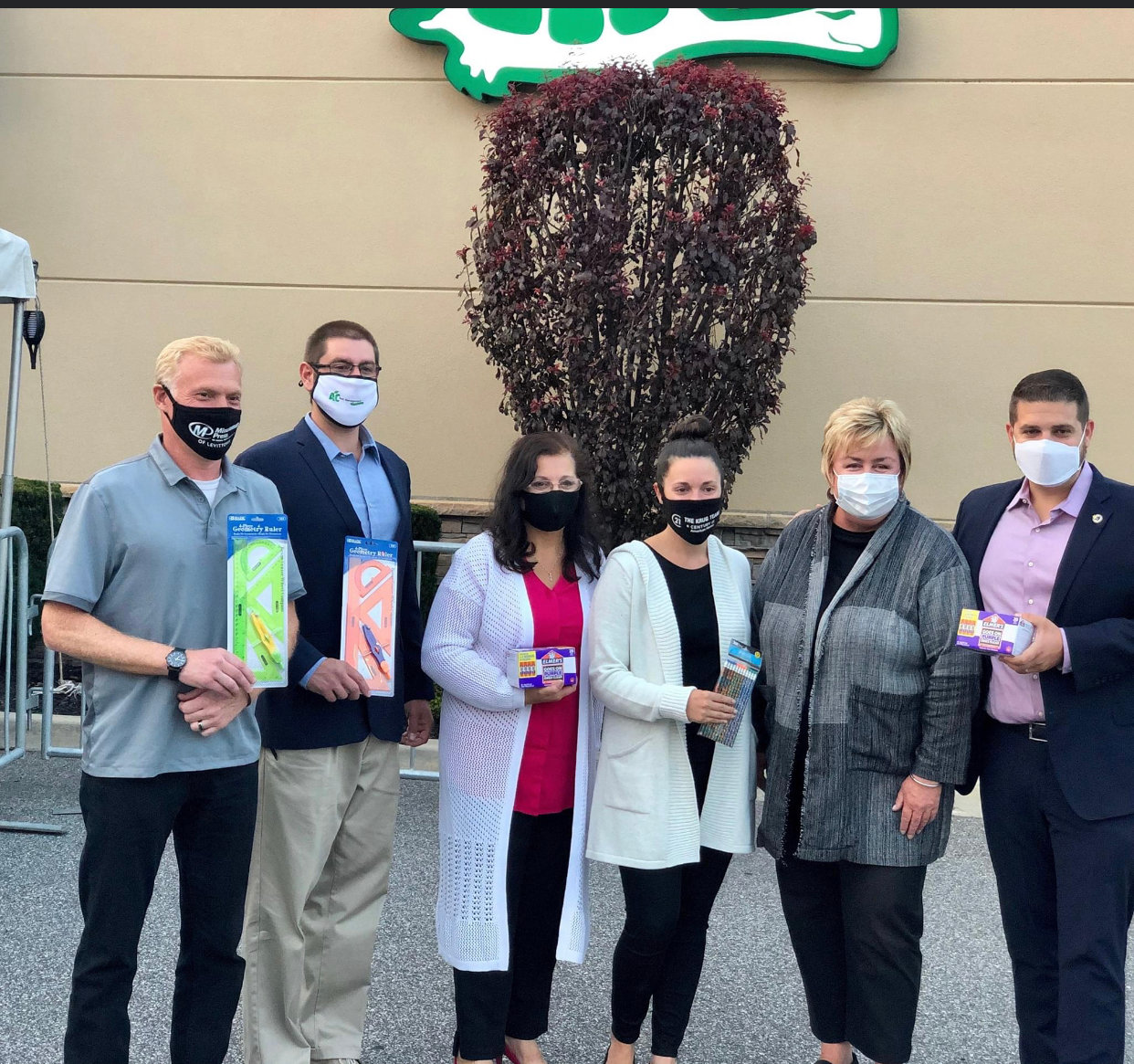 East Meadow Kiwanis members have filled roughly 200 backpacks with school supplies and PPE for students in the community who need it.

In just two weeks, Kiwanis members purchased the 200 backpacks while members of the community and local businesses donated enough to fill all of the backpacks and then some.

“That’s the thing about this club,” said member Diane Krug, “during this pandemic, they jumped in with both hands.”

Members delivered the backpacks and all the leftover supplies to the district’s Leon Campo Salisbury Center on Sept. 21 and, from there, the district’s social workers will identify where to distribute them.

Kiwanis Secretary Jennifer Reinhardt launched the program, dubbed “Pack and Backpack,” as the summer was ending and the Kiwanis club was looking for new ways to help the community as schools reopened.

When the pandemic began mid-March, the Kiwanis started delivering meals to the community at McVey and Parkway elementary schools. They delivered thousands of meals from March through September, when students returned to school and the district began providing lunch again.

While brainstorming other ways to help members of the community in need, Reinhardt pitched the “Pack a Backpack” idea. She took influence from a similar back-to-school program to which she contributed when she used to work at Disney.

The East Meadow Chamber of Commerce joined the effort and helped fill the backpacks at its monthly meeting on Sept. 16 at the Greene Turtle on Hempstead Turnpike. And the East Meadow Fire Department donated pencil cases filled with pens, pencils, highlighters and other supplies.

“I have to thank everyone who contributed and made this successful,” Reinhardt said. “It was the combined efforts of Kiwanis, the East Meadow Chamber, Jim Skinner from A&C Pest Management — who donated hand sanitizers — the East Meadow Fire Department and everyone who shopped for all the supplies.”

For the first time, the Kiwanis club will also be presenting 10 “Everyday Hero” awards to members of the community, teachers, businesses and Island Harvest Food Bank for helping assist their food distribution efforts from March through September.

When members delivered the backpacks to the Leon Campo Salisbury Center, they presented two of the awards to Patrick Pizzo, the assistant superintendent of business and finance, and Patrice Dobies, the district’s director of special education and pupil personnel services.