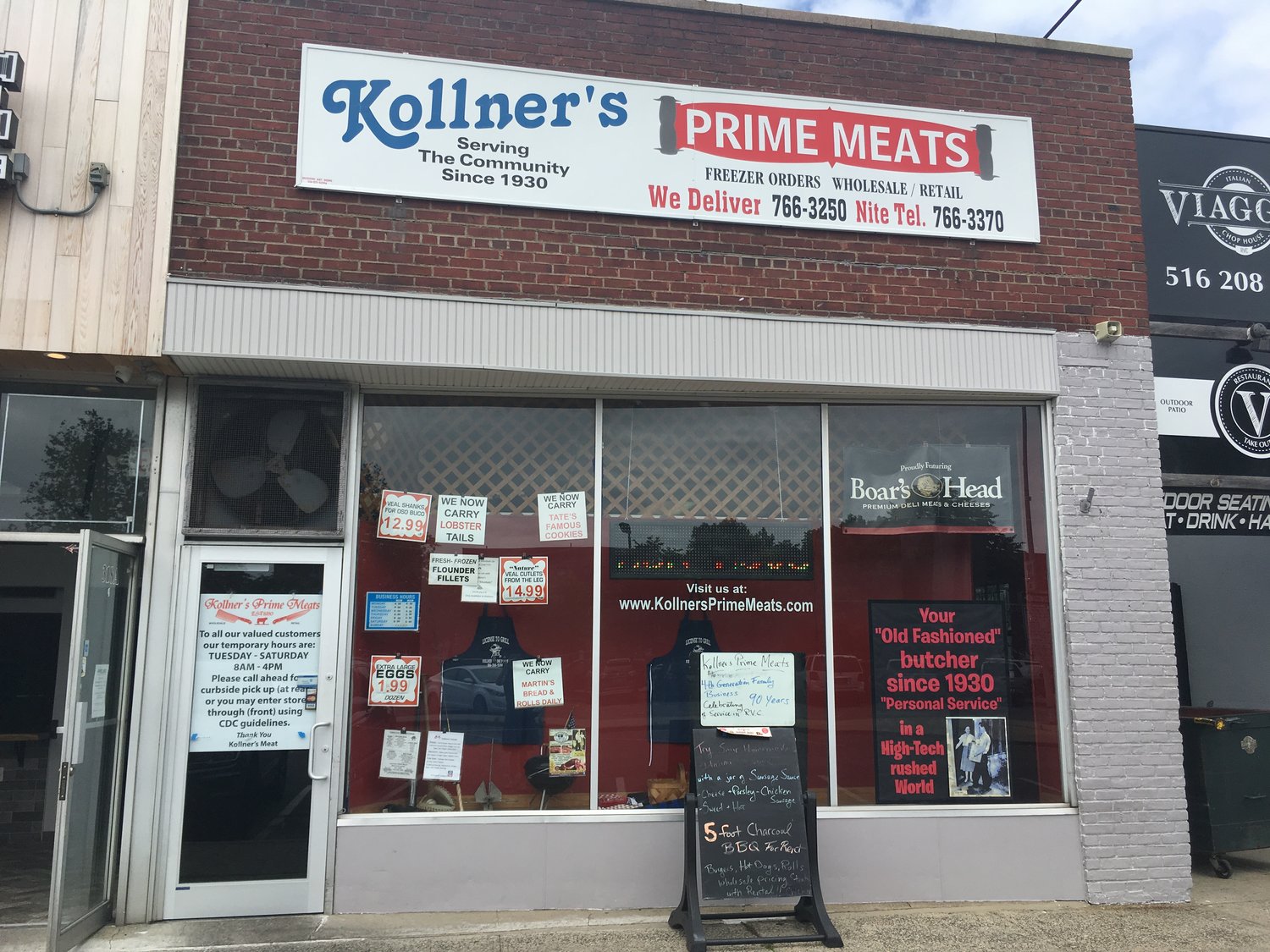 Kollner’s Prime Meats at 320 Sunrise Highway is celebrating its 90th year in business. The butcher shop, established in 1930, is a fourth-generation family business that prides itself on offering quality products.
Jill Nossa/Herald
By Jill Nossa

In 1930, William Breidenbach found his calling, and paved the way for his son, grandson and great-grandson by starting a business that has remained in the family for 90 years. The popular butcher shop, Kollner’s Prime Meats, has been a mainstay of Rockville Centre for generations, and is said to be the oldest family run business in the village.

Owner Bill Breidenbach said he is thrilled to be celebrating this milestone. In the 1920s, he said, his grandfather had been an apprentice for Max Kollner, soon becoming the store manager and eventually taking over the business. Breidenbach’s father, William the second, joined the business in 1959, and Bill began working full time after graduating college in 1980. The store moved from Village Avenue to its current location at 320 Sunrise Highway in 1982. Bill and his father become partners in 1988, and after his father died in 1990, the business became his. Now, he runs it with his son, Thomas.

The shop offers a wide selection of “well aged” prime meats, as well as poultry, fish, pork and lamb, and Breidenbach attributes the longevity of the business to both its employees and the quality of its products.

“Everybody here has a good disposition; customer service is number one for everybody, and the product is second to none,” Breidenbach said. “We serve the best – that’s our bottom line.”

Early on in the pandemic, the shop was struggling with getting its orders from suppliers, and the prices were fluctuating daily. In recent weeks, Breidenbach said, things have calmed down, and mostly are back to normal, in terms of offerings and prices.

The shop has been busy with curbside pickup for the past two months, and about two weeks ago, it opened its doors to customers, allowing just three people at a time to comply with social distancing guidelines. Staff and customers are required to masks inside the store, but he said people are understanding and compliant, and he has been grateful for the regular customers, as well as those new to the shop.

“We’re a small business,” Breidenbach said, “and we’re fighting our way through.”