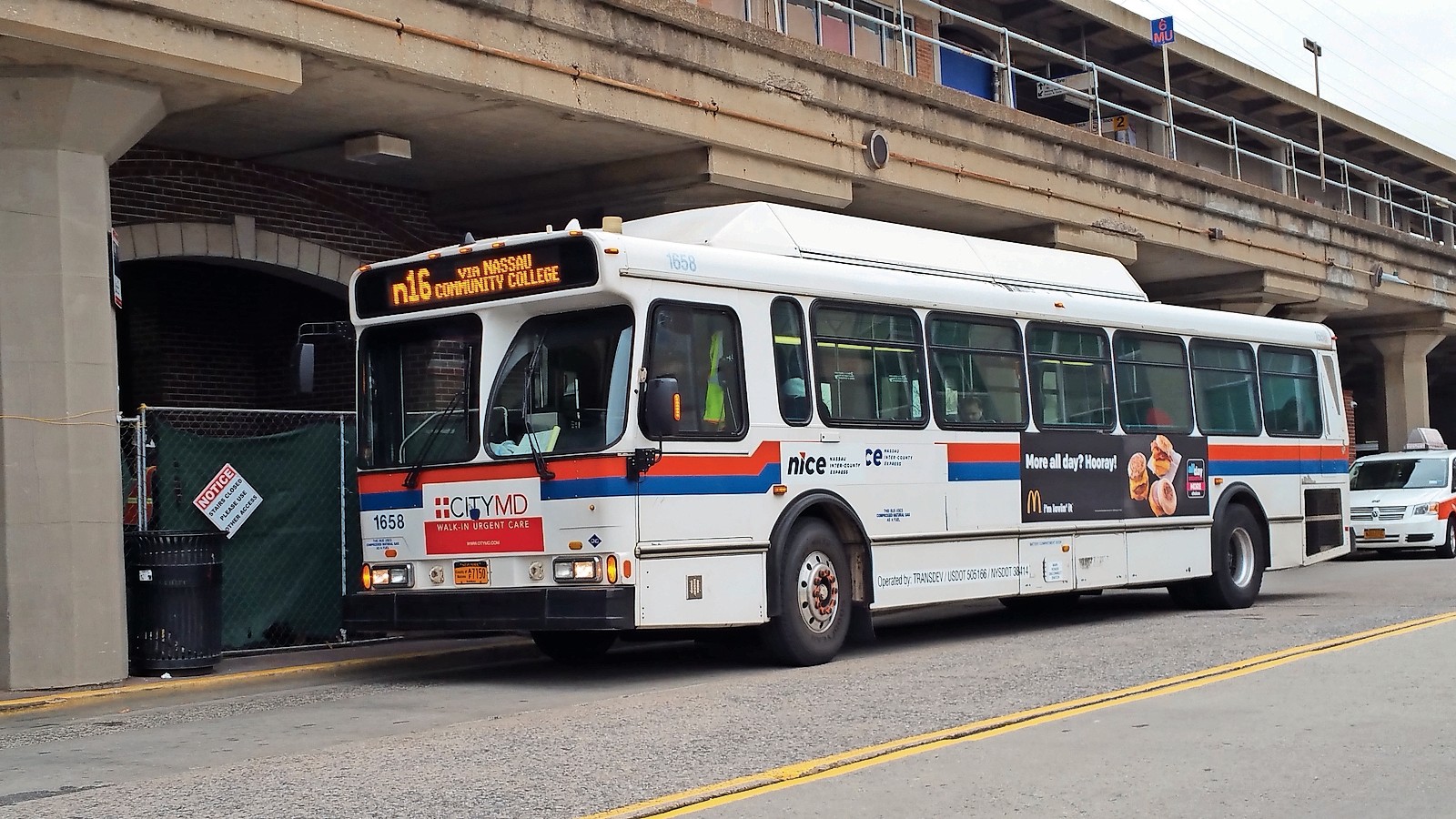 Service in Glen Cove has been cut making it hard for some residents to travel.
Brian Kacharaba/Herald
By Danielle Agoglia

NICE Bus has eliminated 10 routes and reduced service on several other routes. This has made it more difficult for some Glen Cove residents who depend upon the bus service to get around.

Nassau County cut $6.8 million in funding for the bus system, and only a last-minute restoration of $2.8 million prevented deeper cuts, according to NICE Bus spokesman Andy Kraus. Therefore, in 2017, NICE will operate with $4 million less than in 2016.

It was this cut, combined with a decrease of about $2.2 million in passenger revenue from 2016, that led NICE Bus to approve the elimination and reduction of the routes, which began on April 9 to balance its budget.

Kraus said that the decision to cut services was based on how busy a route was, how much it cost the company to operate it and to what extent the fares covered the actual cost of operating the route.

“NICE worked hard to reduce costs, gain efficiencies and bridge as much of that gap before it looked toward service reductions,” Kraus said. “NICE regrets that any riders will be impacted, and hopes that in the future, service reductions will not be needed to balance its budget, which is a requirement of the county.”

“Unfortunately the NICE Bus company had not been able to manage the bus system for Nassau County with the current budget that it has,” she said. “Their profits have gone up, yet they’ve continued to cut routes and increase prices.”

Kraus said that because the county’s funding of NICE has fluctuated “significantly” since it began in 2012, services were reduced and several times restored when money was made available. “Each year, the county has approved a NICE budget with a five percent profit clearly spelled out. In three of those years (2012-2015), an actual profit significantly less than 5 percent was earned and in one year it was actually a loss.

In addition, Kraus said because NICE Bus tickets are on MTA cards, they must increase fares to match the rising MTA ticket prices.

He added that the company sees additional problems up ahead if funding solutions are not found. “Without predictable, dedicated revenue streams, service cuts are likely in the years to come,” he said. “Investment in public transit is critical to serving Nassau’s residents, to grow its economy and support its businesses and institutions.”

DeRiggi-Whitton said she would like to see the county take the issue more seriously. “The current administration doesn’t value public transportation as much as they could.” She said. “I think it’s the way of the future, you’ve seen Europe, but its been cut back on Long Island tremendously.”

County Executive Ed Mangano said the Nassau County Legislators are at fault because they failed to pass his budget. “My budget fully-funded bus operations and County Legislators should have passed the budget as it would have prevented service cuts,” Mangano said. “That said, I am pleased to work with the state to restore some service cuts caused by legislative changes to the budget.”