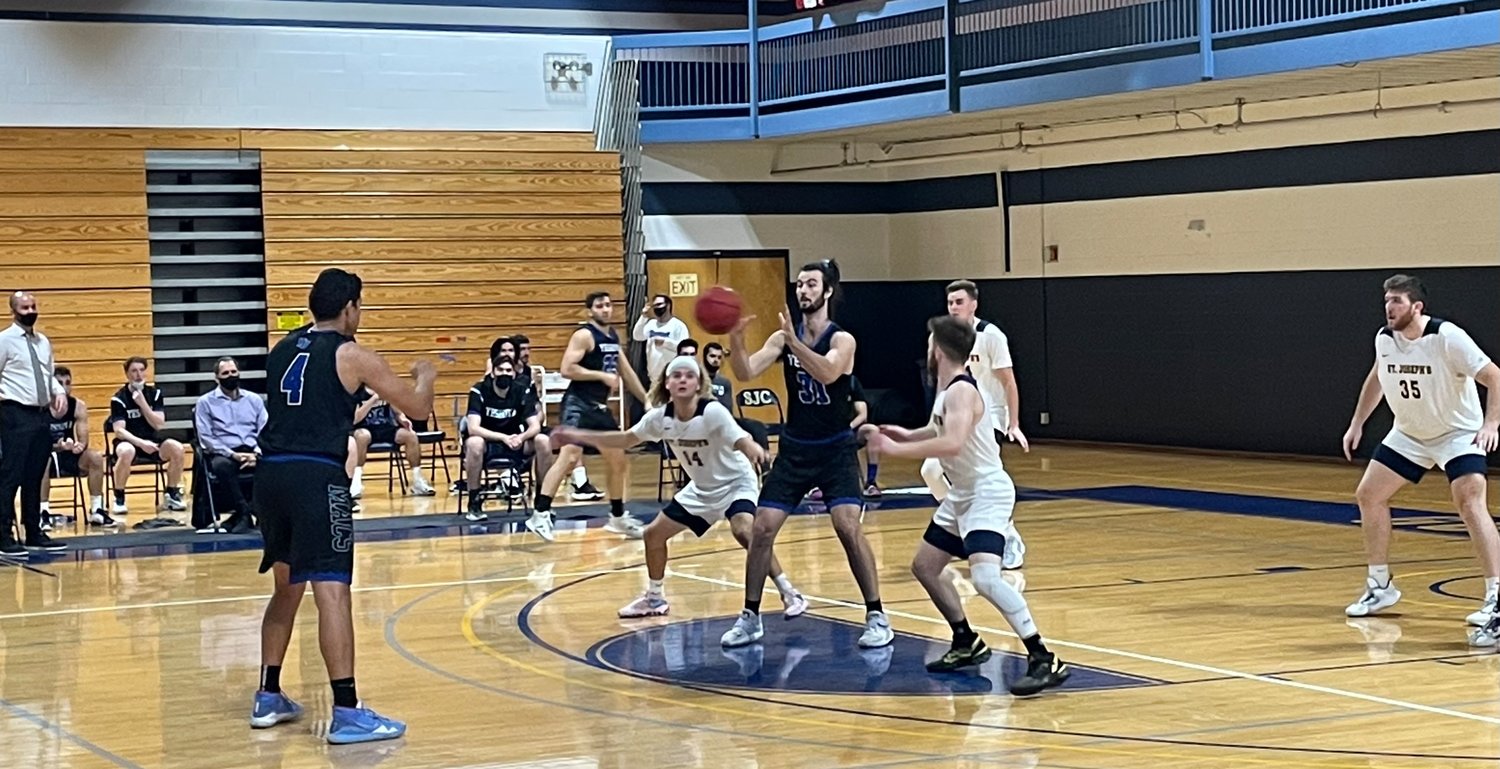 It was a day game on the Sunday, Nov. 28, that was the first night of Hanukkah. The Yeshiva University Maccabees, named for the ancient Hebrew family that led to the miracle of what became the eight-day Jewish holiday, won their eighth game of the season, their 44th consecutive victory (44 candles are lit during Hanukkah), a 78-56 win over Manhattanville behind the 51-point performance by senior guard Ryan Turell. A new school record.

A day later another piece of good fortune fell Yeshiva’s way. Ranked No. 2 nationwide in Division III basketball in the D3hoops.com Top 25 preseason poll, the new number is one as in the top team in the country.

“It’s November and we are just trying to get better every day,” Maccabee head coach Elliot Steinmetz, a Woodmere resident, stated in a news release. “There are a lot of great teams out there and we hope we are good enough to compete with them when it matters in a couple of months.”

A Dec. 30 nonconference home game that was circled on the calendar since this season’s schedule was announced has gained in significance with Illinois Wesleyan now ranked No. 2 in the new poll.

Between now and then Yeshiva plays six games. The Maccabees defeated Farmingdale State 80-66 on Dec. 1. The winning streak is now 45 games.

The Maccabees are 6-0 in Skyline Conference (9-0 overall) and are led by Turell’s 28.6 points per game average, junior guard Ofek Reef’s nearly 16 ppg and Lawrence native Gabriel Leifer. Now a graduate student, Leifer, a forward who played his high school ball at Davis Renov Stahler Yeshiva for Boys in Woodmere, is averaging 9.4 ppg, 11 rebounds per game and 6.6 assists.

The 45-game winning streak is the second longest in D3 history and began with the second game of the 2019-2020 season that saw Yeshiva win 27 straight regular season games, a conference championship and two NCAA tournament games as the team reached the Sweet 16 before the remainder of the post-season was canceled because of the Covid pandemic.

Updated to reflect the Dec. 1 win over Farmindale State.