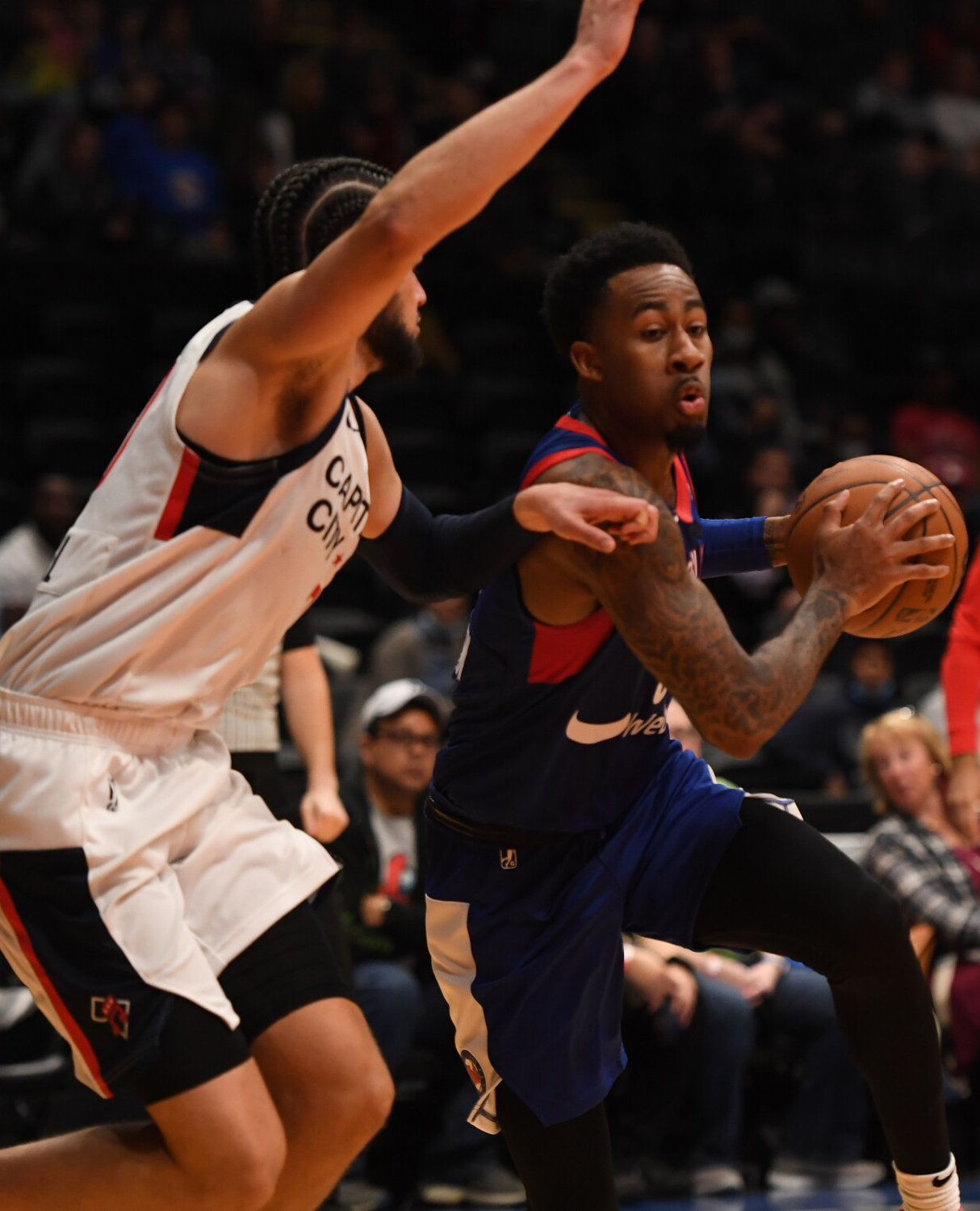 The Long Island Nets, the NBA G League affiliate of the Brooklyn Nets, fell to the Capital City Go-Go,  106-104, at Nassau Coliseum on Nov. 12.

Long Island guard Marcus Zegarowski led the way for the Nets with 19 points, shooting 7-of-12 from the field in 26 minutes. Nets two-way forward Kessler Edwards had seven rebounds and one assist in 35 minutes.   Center RaiQuan Gray recorded 17 points, grabbed eight rebounds and dished three assists in 28 minutes. Guard Brandon Rachal had 10 rebounds to end the game.

Capital City began to catch up and its efforts were successful, leading the third quarter 28-27. Long Island would still hold its lead, ending the period up 89-88. The two teams played back-and-forth to start the fourth as both teams were one point apart on four separate occasions. The Go-Go would go on to outscore the Nets 23-15 in the fourth quarter en route to a 106-104 victory, giving Long Island its second loss of the season.

Capital City center Jaime Echenique and guard Joel Ayayi had a strong performance, finishing the contest with 16 points each. Additionally, Ayayi led the game with nine assists, shooting 8-of-9 from the field in 35 minutes.