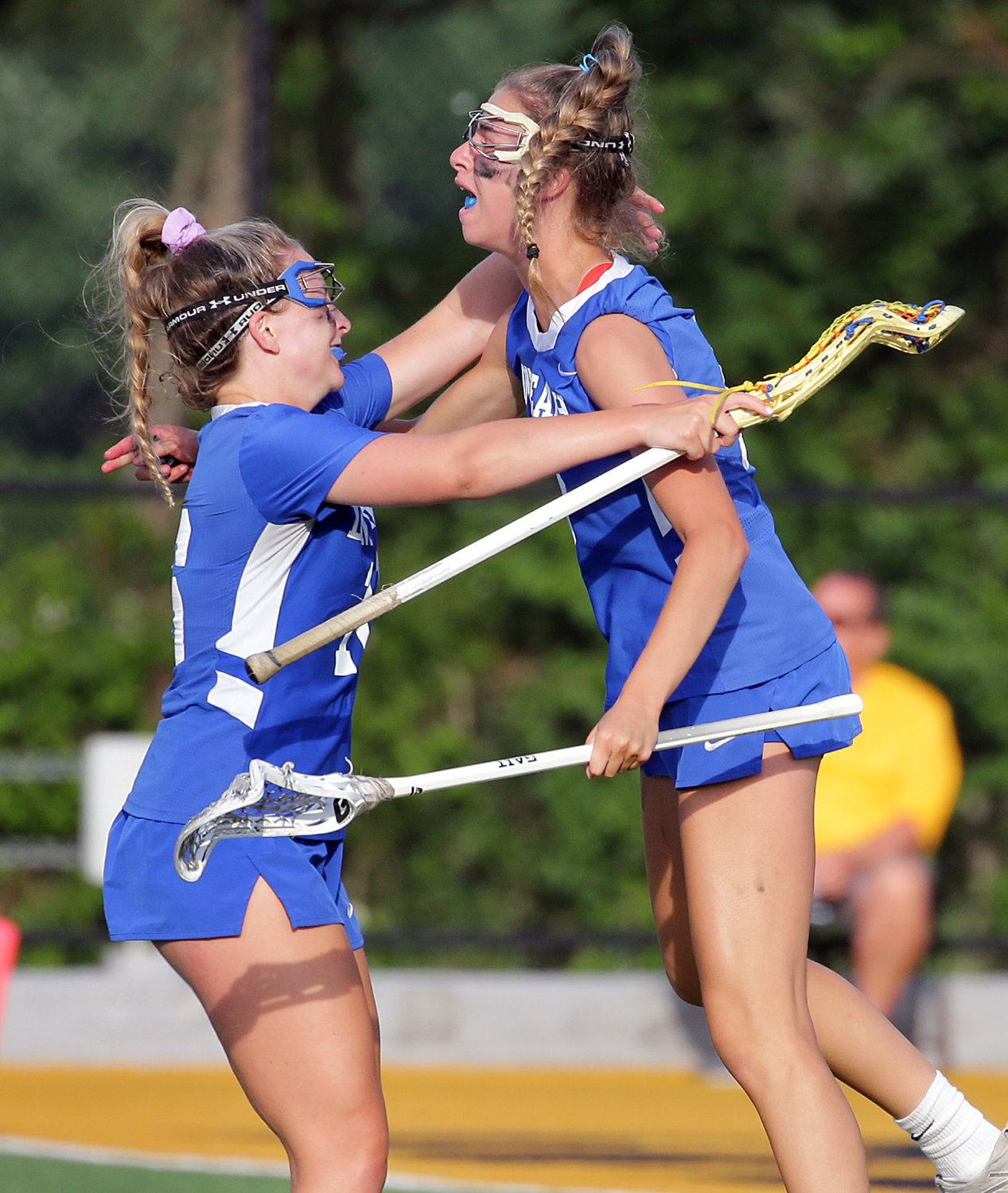 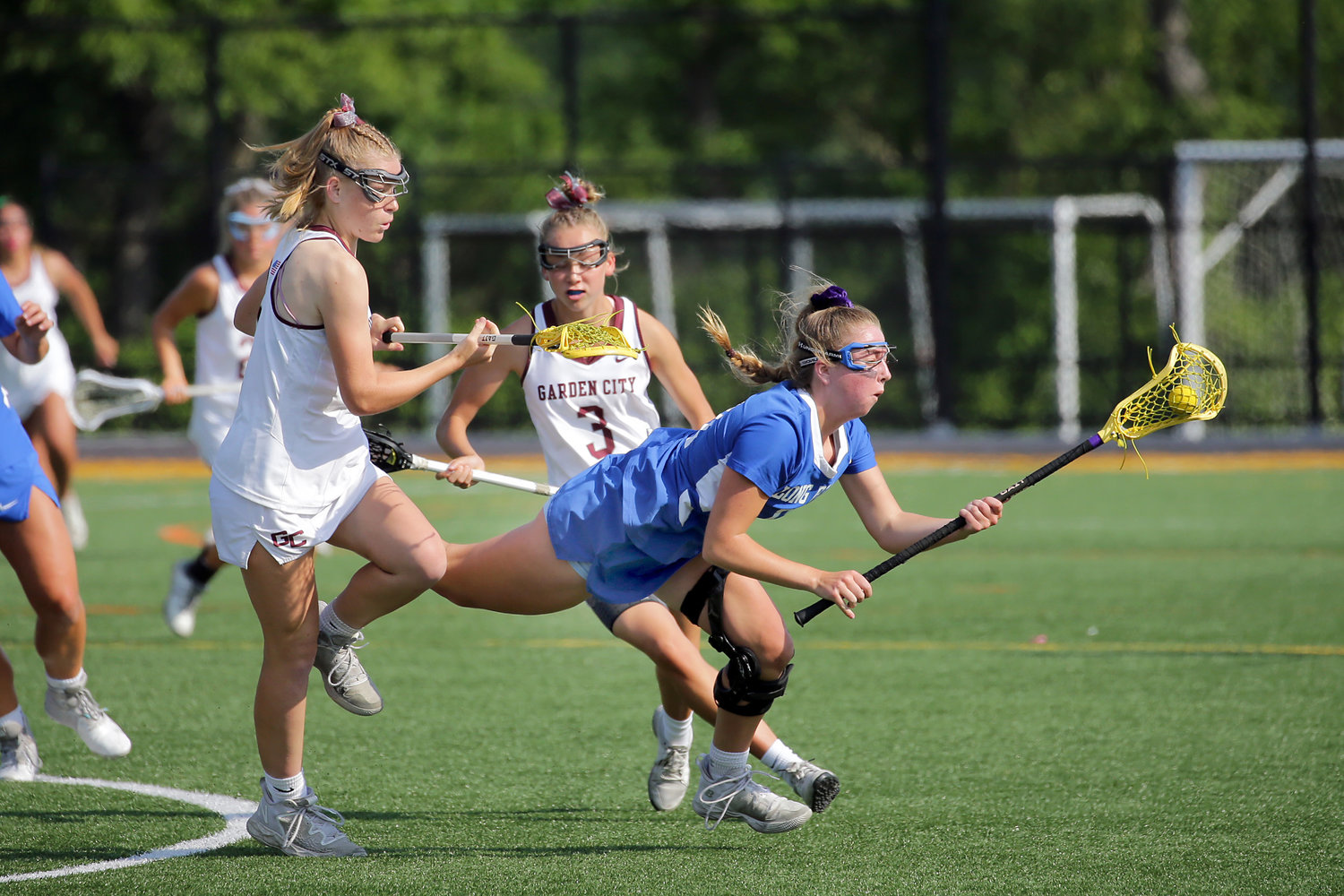 It went from jubilation to heartbreak in a matter of 10.5 seconds for Long Beach girls’ lacrosse during  its bid for a first county title late Tuesday afternoon.
Moments after Long Beach tied the Nassau Class B finals on a goal from Delaney Chernoff off a pass from Delaney Radin with 13.2 seconds left, Garden City won the ensuing draw control leading to a transition opportunity resulting in a Caitlin McNaboe score with just 1.7 seconds remaining.
“I think they are in shock right now,” Long Beach coach Rachel Ray said shortly after her team’s 9-8 loss to the defending Class B champions at Adelphi’s Motamed Field. ”This is a hard one.”
Prior to the dramatic final seconds, Garden City stalled nearly five minutes from the game clock and appeared like all it would run away with the county title. Garden City was then called for an illegal stick after senior captain Cate Miller called for a stick check with 1:13 left giving Long Beach one last chance to tie the game.
“At that point you have to throw anything out there that you can,” Ray said. “That was a good call by our captain.”


Garden City, which edged Long Beach 7-6 early in the season opener on March 29, trailed 7-6 with under 10 minutes before Mabel Overbeck knotted the score with 9:29 left on a coast-to-coast goal after the Trojans forced a Long Beach turnover. Marie Cacciabaudo then gave Garden City the lead just 23 seconds later with a quick strike off the draw control.
Long Beach, which was competing in just its second ever county title game and first since 2017, trailed 6-4 early in the second half before scoring three straight starting with a Keira Bauer tally. Senior attacker Leah Chasin tied the score with 17:30 left off a pass from Radin and Bauer gave the Marines a 7-6 lead on er third goal of the game 13:41 remaining,
The Marines led 4-1 late first half after a Buer goal off a rebound with 5:23 left. It capped a four-goal run that also included goals from Ava Main, Saorsie Feerick and Radin.
The Trojans seized bak momentum before halftime, however, netting three goals in a row in a span of just 1:19 for a 4-4 halftime score.
Long Beach produced five different goal scorers led by Bauer with three. Radin, a Florida commit, also registered two assists to finish with three points.
The heartbreaking loss capped the career of seven Long Beach seniors, who faced adversity with a lost season in 2020 during the start of the COVID-19 pandemic and finished 10-9 overall this spring with several close losses while competing against some of the nation’s toughest programs in Conference I. Despite falling just short of a county crown, the veteran group played an instrumental role in raising Long Beach girls lacrosse to a level that can compete for championships.