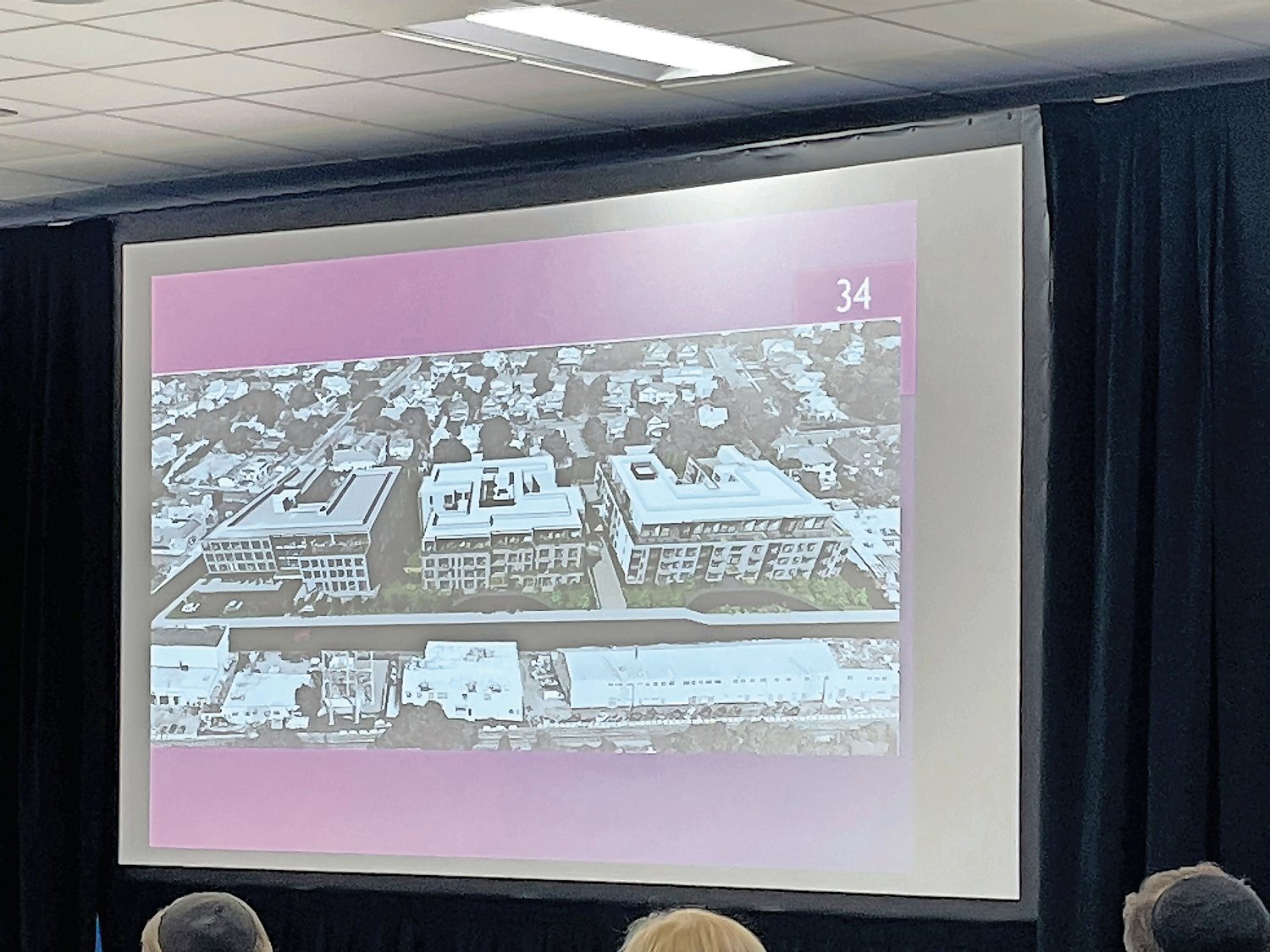 The three buildings to be constructed as part of the proposed Pearsall Project, which was discussed at a June 8 public hearing.
Jeffrey Bessen/Herald
Herald Staff

The behemoth Pearsall project has shown that even in a community with many people of like minds on many issues, a proposed development that could bring three 45-foot-tall buildings with more than 100 residential units can create a continuing controversy that calls for a common-sense decision.

After two contentious public hearings in the past nine months, the Cedarhurst village board continues to deliberate over the project, which could transform a blighted two acres or so of Pearsall Avenue. The trustees will make a final decision at a future board meeting.

At a recent meeting at Lawrence High School, speakers from both sides fortified their positions on how the development could impact a neighborhood bound by the Rockaway Turnpike and Washington Avenue that includes a number of other residential streets bordering Cedarhurst’s commercial area.

Too few of the project’s proponents appeared to live in the immediate neighborhood, and many of them used language too similar to be just coincidence.

Opponents of the project, mainly those who live in the area, joined by their Five Towns neighbors, highlighted the impacts of adding such a large residential development where the population is already very dense, and where little to nothing is in place to keep the increasing volume of traffic volume under control.

Current zoning allows for a 95,000-square-foot, two-story office building with 475 parking spaces, and if the village refuses to approve the residential project, the developer’s lawyer warns that’s just what Cedarhurst is going to get. It’s developmental blackmail, and the implication isn’t appreciated.

In what will hopefully soon be a post-Covid-19 world — with both hybrid and remote working situations — constructing an office building doesn’t seem to be in anyone’s interest.

With fewer people working in existing office space, the Pearsall developer most likely would have trouble renting all of that space. The neighborhood would have to live with a monstrosity of a structure smack in the middle of the community, part of a fallback plan no one really needs.

The developer is acting as if either project would be a great gift to Cedarhurst. Thank you, but please check your arrogance at the door and make room for a better collaborative attitude.

Maybe that arrogance is to be expected, given the $6 million benefit payment the village is expected to receive from creating an overlay zoning district that would allow residential use. That money can only be used for infrastructure projects, and village officials say it is needed to overhaul the highly trafficked Parking Lot No. 1. An overlay district permits a municipality to create additional zoning restrictions.

What municipality wouldn’t salivate at the thought of receiving $6 million?

We aren’t accusing the Cedarhurst board of being dishonest. Far from it. We are counting on the trustees — all of them longtime village residents — to be thoughtful and considerate, and to balance the needs of the village with the needs and wants of their constituents.

What we would like to see — and what the residents, the village and the developers need and deserve — is for the trustees to listen. To the community members whose quality of life will be impacted. To what was said by the developers. And then to balance the interests of everyone by making a Solomon-like decision, finding a compromise between nothing and something.

That could very well include the possibility of reducing the size of the proposed project by a third, or offering the developer a tax break for a number of years all while ensuring that neighbors’ concerns about their quality of life are properly addressed.

We endorse the thinking of one project opponent who said, “Make Cedarhurst better, not bigger.”