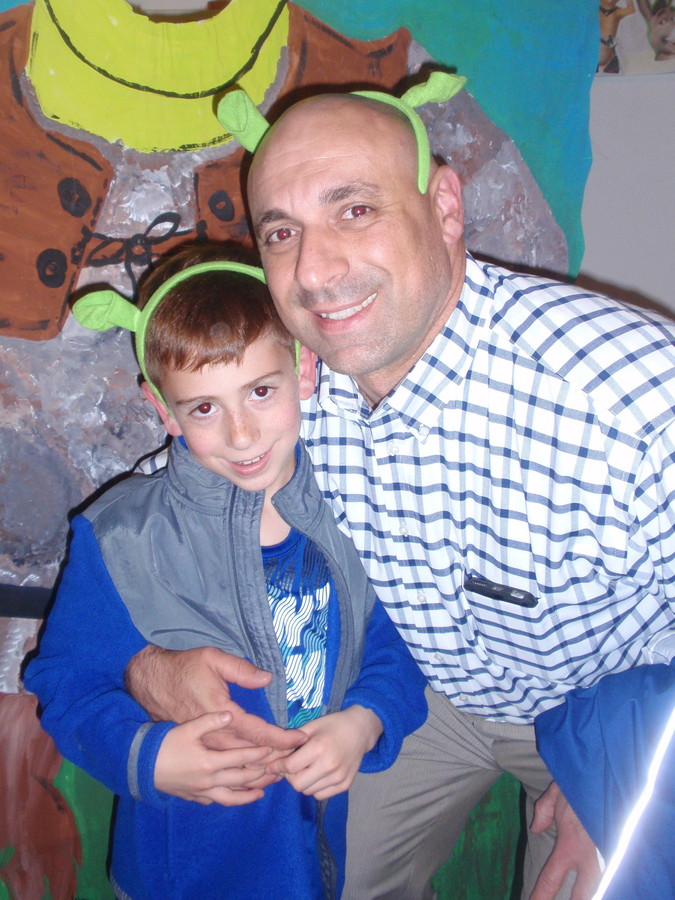 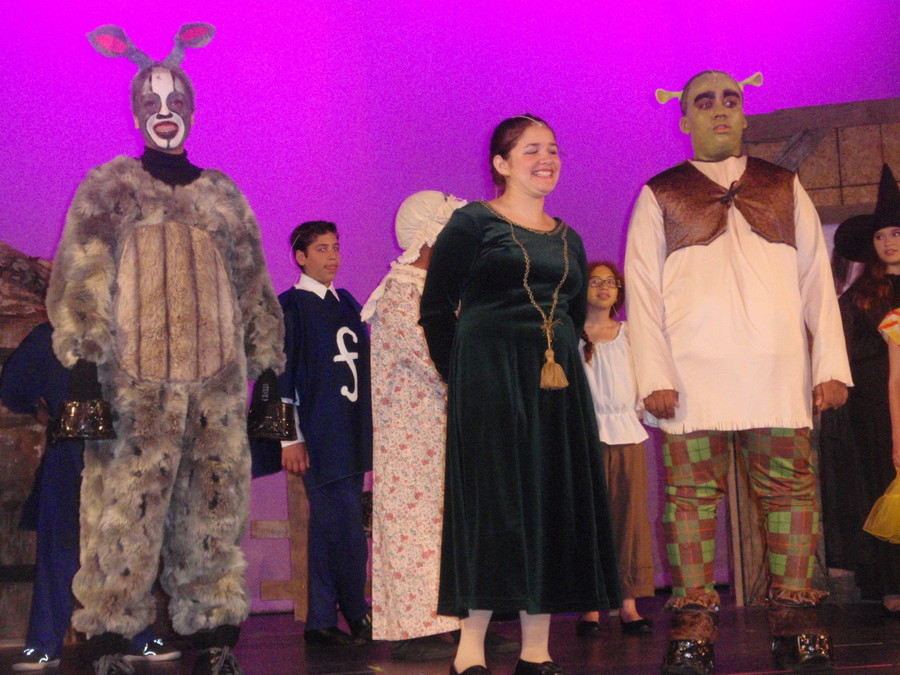 In Shrek the Musical Jr.’s “Freak Flag,” Shrek and his friends let their freak flags fly with gusto, a no-holds-barred take on being proud of their differences and of themselves. No song more aptly portrays the unique talents that were gloriously on display at Valley Stream Memorial Junior High School’s May 6 and 7 productions of Shrek the Musical Jr., as students and teachers joined forces to put on a production of ogre-sized proportions.

Under the direction of Helen Kontoleon and Kelly Martin, students brought the fractured fairy tale to life, complete with a jocular donkey sidekick, a talking gingerbread man and a fire-breathing dragon. Jaime Lazaar’s Dragon was so hot, in fact, that it seemed to set the room ablaze — during one performance, the fire alarm accidentally sounded during her roof-hitting, powerful vocals.

Kontoleon said that seeing such transformative performances has accounted for some of the most rewarding aspects of her role as co-director, which she has held for nine years.

“Ms. Martin and I love watching our students come to life as actors, dancers, singers and comedians,” she said. “Each student’s journey is as unique as they are.”

All of the students involved with “Shrek” agreed with Kontoleon, saying that the show taught them about socialization and the art of entertaining.

“Being a part of the Drama Club has really taught me to embrace who I am,” said Lazaar, an eighth-grader. “I’ve always loved to sing, but due to my social anxiety, I never would have thought that I would have discovered a love for acting. Getting on a stage and performing in front of people just didn’t seem like my cup of tea.”

Seeing her friends in Memorial’s November production of “Whodunit...and to Whom?” changed her mind. “I was mesmerized by it, so I quickly changed my mind about being in a show and I am so glad that I did,” Lazaar added. “I am proud to say that I have been able to step out of my comfort zone and become a more confident individual.”

Zahara Little Dawes, a seventh-grader, said that the message in “Shrek” was great for audiences of all ages because it demonstrated what it feels like to be an outcast. “Shrek and Fiona are outcasts, and all of the fairy tale characters are too,” said the young actress, who played Peter Pan, a Duloc Girl and Little Ogre in the production. “I can relate to feeling like an outcast sometimes, so I hope the show taught people how to treat others equally, and to give people a chance before jumping to conclusions about them.”

Kontoleon pointed out that Performing Arts in education is important for many reasons, including the fact that adolescents come away from productions having learned what it means to have a solid work ethic, a sense of family and of accountability. From the response of the cast and crew this time around, those skills and others were well-learned.

“It was a long process that paid off in the end,” said Will Germaine, a ninth-grader who took on the heavy task of playing Shrek. “We went from working on harmonies to memorizing our lines to knowing where to be for a scene change. It was hard to get where we all are, but it was worth it!”

Little Dawes said that she worked on perfecting her projection, while Jasmine Shakur, a seventh-grader that played Baby Bear and a Duloc Girl, said she learned that she has to be her character at all times. “You have to show different traits, like for example, being creepy!” she said with a laugh. “This is important, because you need to be able to feel your character.” The communal aspect of the project was also a learning experience.

Khadija Zahid, a ninth-grader on the makeup crew, said, “It was nice to be a part of a team, and to see everyone achieve what they had worked for.”

The dynamic teamwork behind Shrek was felt on all fronts, whether through Erika Motill and Jenna Petikas’ startling makeup effects for Donkey and Shrek, the colorful costumes, or the realistic swamp home, outhouse and clever sets from Darla Collins. Audiences were even able to get in on the ogre fun, as ogre ears were sold in the lobby next to a photo stand-in of Shrek (also designed by Collins). Many of the students at Memorial attended the show to see their friends perform, but left enamored by what the Performing Arts program at the school can accomplish.

“I thought it was amazing because it was always lively,” said ninth-grader Crystal Ortiz. “I was never bored; there was always something to see. The show was hilarious!”

Daniel Zahid, an eighth-grader, had the same sentiments. “Everything about the show was great. I couldn’t get over the superb makeup and set!”

In the end, Kontoleon said that she and Martin achieved what they set out to do, and she hoped that everyone involved felt the growth and enjoyment the directors did. “I hope that the kids developed a lifelong love for the arts,” she said. “I think that since the beginning of this production, we have all gained a tremendous respect of never underestimating our potential.”