Men's and women's Lions both headed to NCAAs after dramatic victories 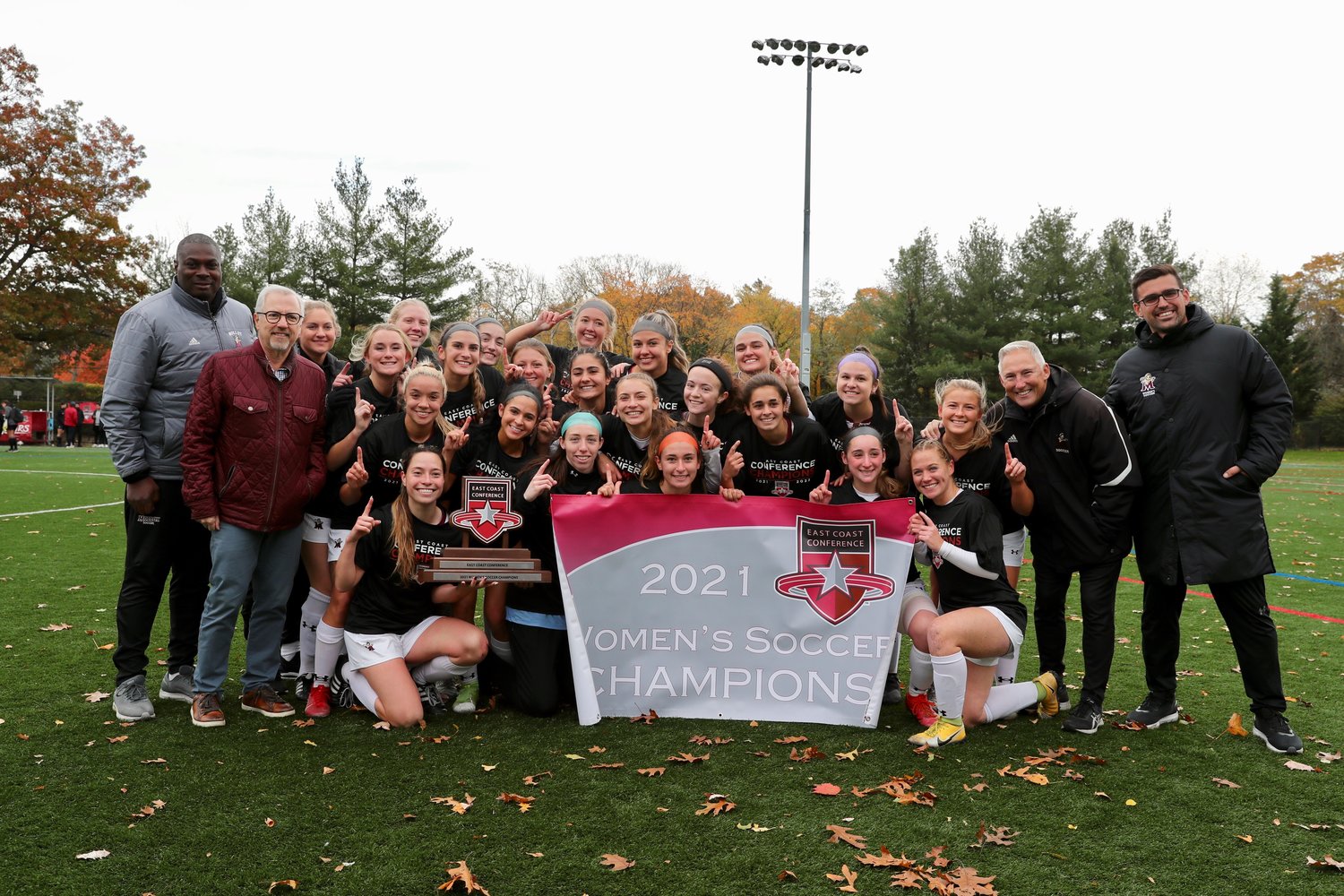 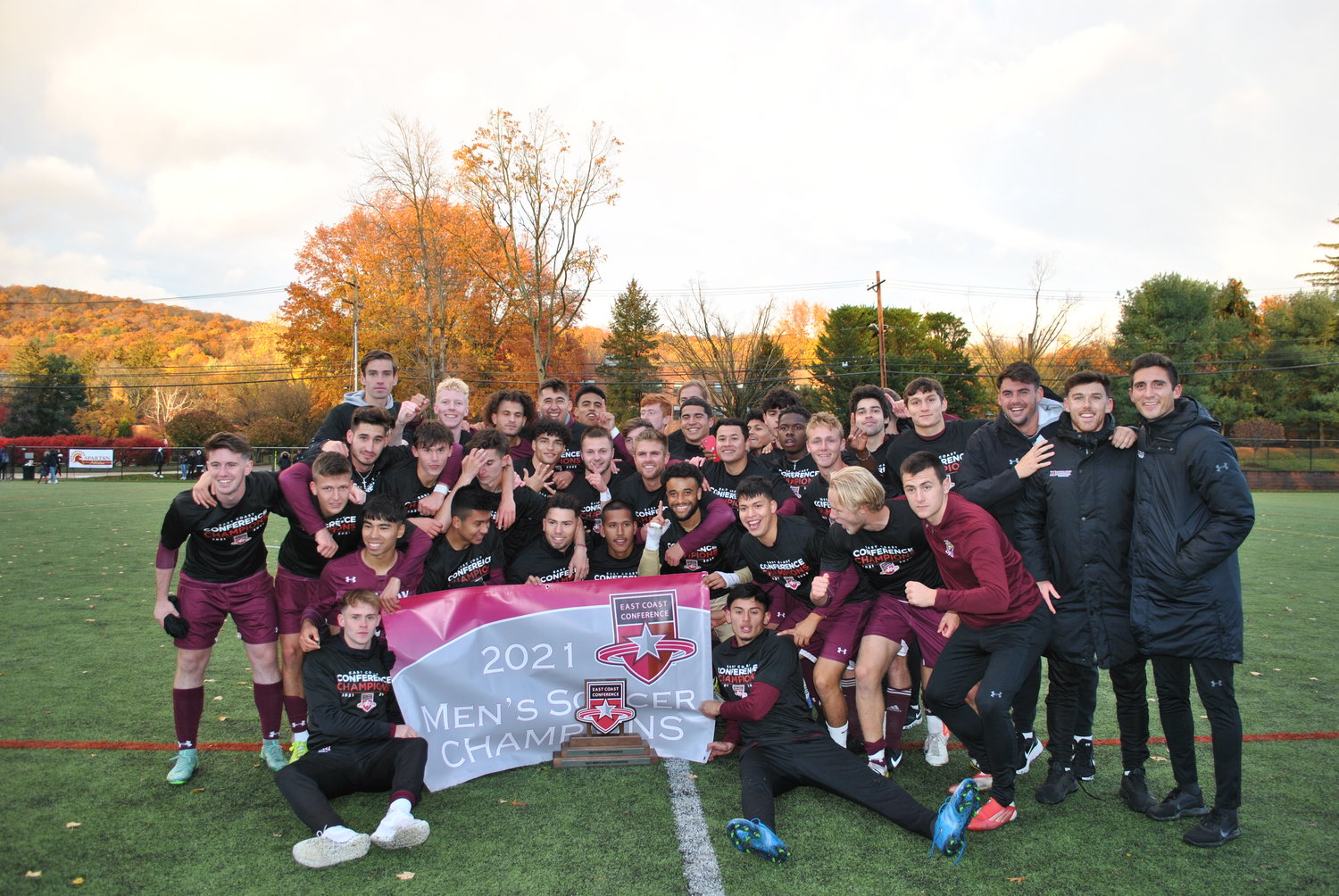 The Molloy men knocked off top-seeded STAC in penalty kicks 7-6 to win the ECC tournament for the first time since 2008.
Courtesy Molloy College
Previous Next
By Tom Carrozza tcarrozza@liherald.com

The Molloy College men’s and women’s soccer teams are both headed to the Division II NCAA tournament after dramatic wins in their respective East Coast Conference finals. Both Lions teams start their first-round play on Thursday.

The No. 1 ranked women maroon and white capped off an impressive 17-2 season with a double overtime goal from senior Dana Poetzsch to send the Lions past the second-seeded Mercy Mavericks at Rockville Centre Sports Complex on Sunday. The goal came after a scoreless 90 minutes of regulation and a first overtime with no shots from either side. The Lions, the No. 2 seed in their region of the bracket, will host No. 7 Bridgeport on Thursday at 6 p.m. at the RVC Sports Complex.

The men took a different path to the ECC tournament title, making a run as a 9-6-5 team to upset top-seeded St. Thomas Aquinas College, 7-6, in penaltiy kicks after a 1-1 deadlock through regulation and both overtimes. The Lions went up to Sparkill, N.Y. as the No. 3 seed and scored in the third minute after sophomore Danny Muir found the back of the net off a corner kick. STAC got it tied in the 32nd minute, leaving the game level after the first half.

With only 10:53 left in regulation, the match went into a rain delay. After the pause, a frenetic second half and two overtimes had settled nothing, so the game was decided by spot kicks. Junior J.P. Rodriguez saved Molloy’s season with a clutch goal down to tie penalties at 4. Graduate student keeper Nick Conklu stopped a penalty kick to start the eighth round, allowing sophomore Jonas Jacobsen to win the match and punch the team’s ticket to the dance.

The men will travel down to Virginia as the 10 seed to take on No.7 American International University on Friday at 3 p.m.