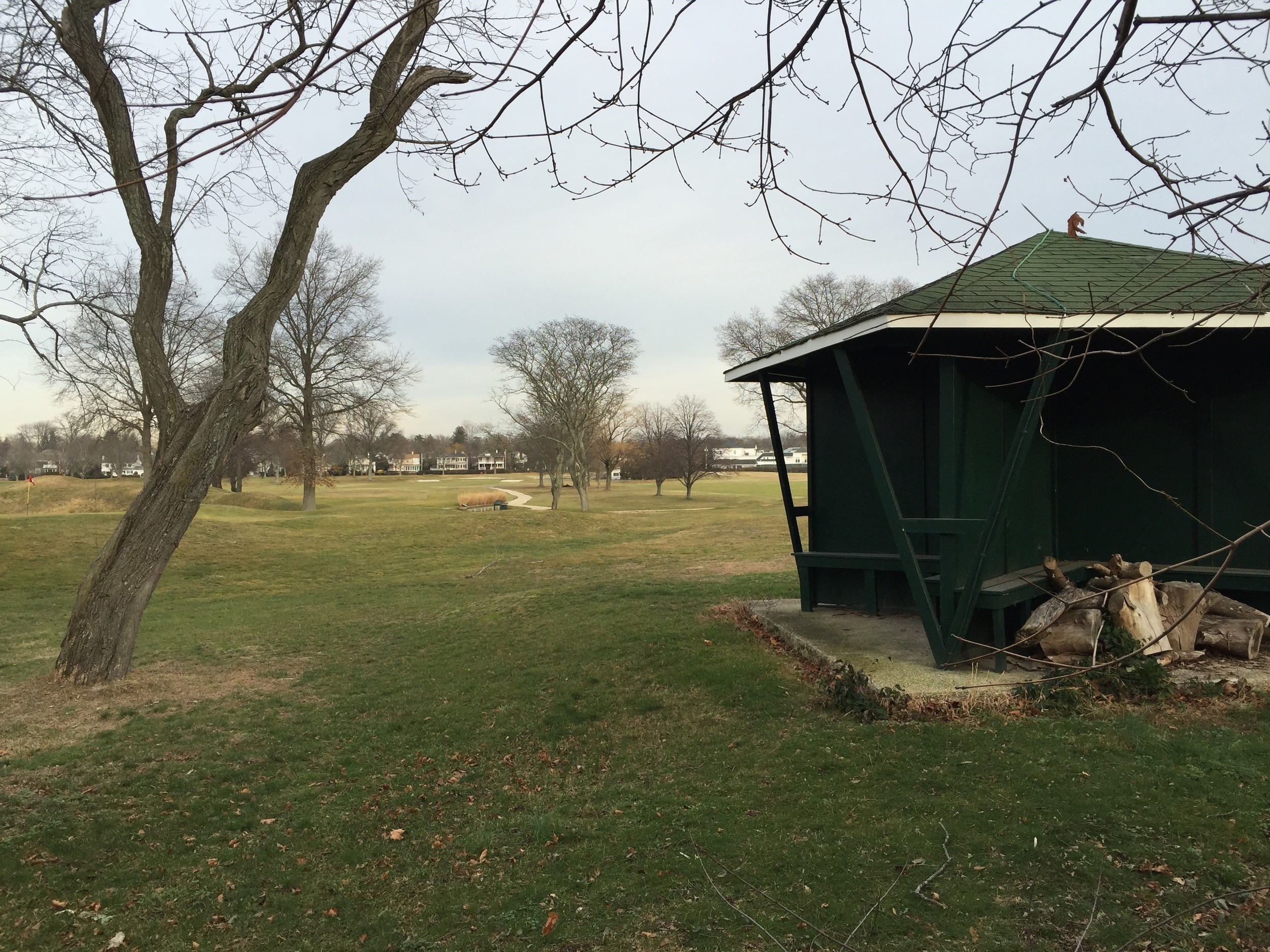 Town of Hempstead officials extended its moratorium on residential development on certain privately-owned golf course. Above, the view of the Woodmere Club from Rose Street in Cedarhurst.
Jeffrey Bessen/Herald
By Jeff Bessen

The six-month moratorium on residential development on certain privately-owned golf course properties that the Town of Hempstead passed in November and went into effect on Dec. 5, was extended for 90 days on May 9.

The building ban targets private golf courses that are near residential properties in incorporated villages. Town officials said the moratorium was implemented to maintain the “continuity of residential development on the golf courses with that of surrounding homes in local villages.” Officials noted that having different types of residential development in the same area could negatively impact a community’s character and home values.

Though there are several other private golf courses throughout the town, the ban is a response to what was then the proposed sale of the Woodmere Club and possible development of its 110 acres. Last month it was announced that the 109-year-old club was sold to Weiss Properties and 2020 Acquisitions. A price has not been reported.

Troon Privé, a global golf course management, development and marketing company, will operate the club for the next five years. After the club’s debt is paid, — another undisclosed figure — it is expected that the land will be developed. No plans have been made public. The Woodmere Club is in Woodmere, a hamlet in the town, and borders Cedarhurst and Lawrence villages. A portion of the club’s land is in the Village of Woodsburgh.

“The Hempstead Town Board’s goal is to ensure that the local residential nature and area character of our neighborhoods is preserved when a private golf course decides to develop a portion of its property,” Town Supervisor Anthony Santino said in a statement. “Our consulting engineers have been looking at lot sizes of golf course parcels that are the subject of residential development proposals to ensure that any such home construction would complement surrounding village residential properties.”

The ban prevents building permits from being issued for new residential development of privately-owned golf course properties that are near or within 500 feet of incorporated villages, many of which have stricter zoning regulations than hamlets that are unincorporated areas governed by the town.

Officials said that a majority of the town is ‘fully developed” but large open spaces such as golf course create the possibility of large-scale development that has the potential to change a neighborhood’s character and the residents’ existing quality of life.

“We have found that our engineers need a bit more time as the town studies the possibility of enacting new legislation to ensure that local residential nature, area character and property values are preserved for the benefit of town residents,” Councilman Bruce Blakeman said in a statement. “A key component of the town’s zoning review during the moratorium has been focused on ensuring that substantial new residential development would be on lots that are consistent with the surrounding residential homes.”

Since the moratorium was implemented, town engineers have been conducting a full review of the layout of existing homes and the current zoning regulations of nearby villages. The town might consider enacting new lot-size ordinances and other restrictions that would apply to these potential development areas after the ban is lifted.

“Residents who settle in incorporated villages have a right to expect that their neighborhoods will maintain their character just like all town residents,” Councilman Anthony D’Esposito said in a statement. “The prospect of drastically different home development occurring on a neighboring golf course could totally decimate the harmony of a local neighborhood.”