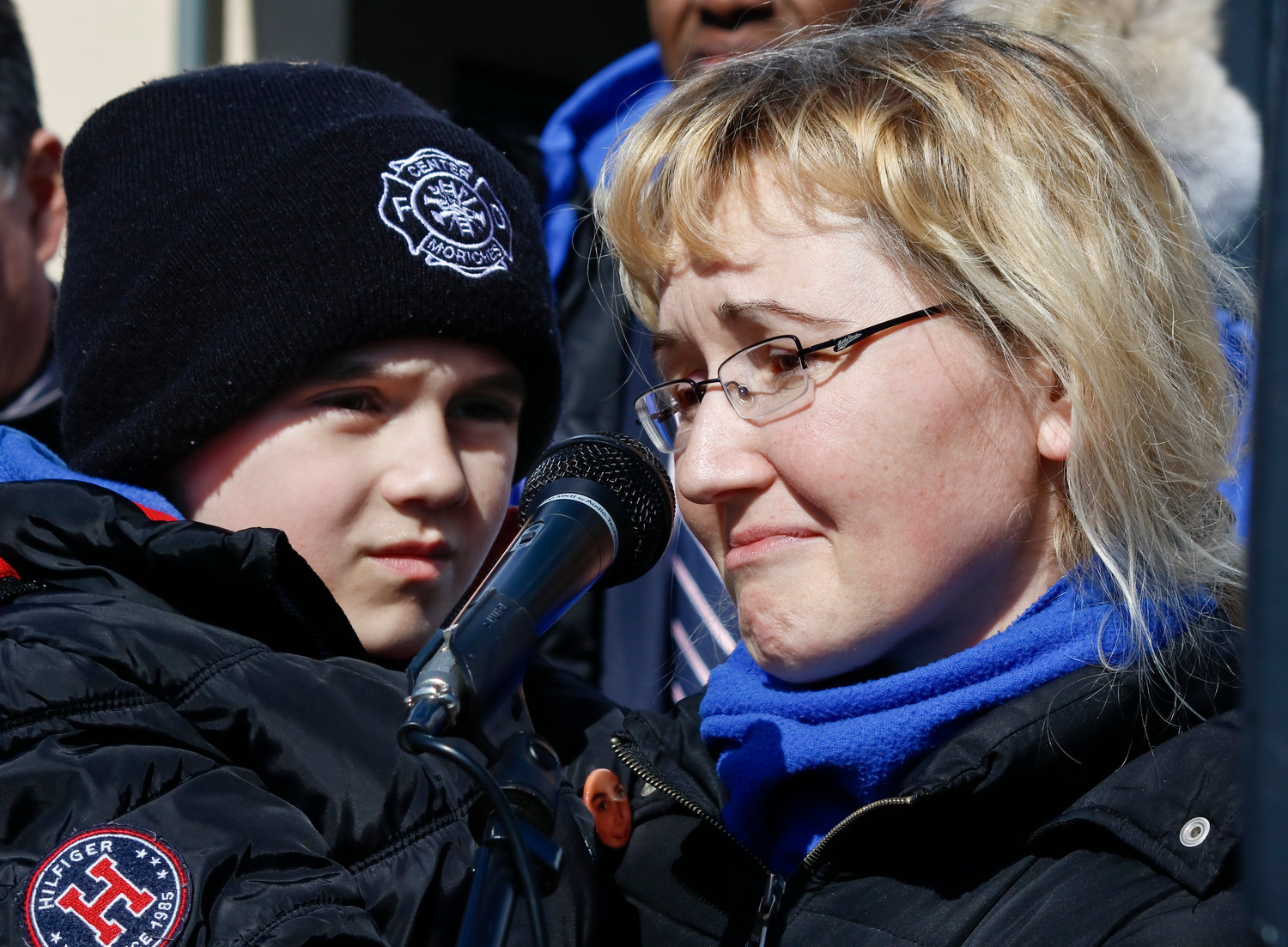 Thomas Valva's mother, Justyna Zubko-Valva, who lives in Valley Stream, tearfully delivered a speech thanking those in attendance at ceremony in March honoring of her late son. With her was Thomas's brother, Andrew.
Christina Daly/Herald

The mother of the Thomas Valva has filed a $200 million lawsuit against an array of Long Island officials, claiming they failed to act in preventing the death of her eight-year-old son after his biological father and NYPD police officer allegedly forced him to sleep in a freezing garage in January.

Justyna Zubko-Valva, who currently lives in Valley Stream, filed the suit on Tuesday in the Eastern District of New York. Defendants include Suffolk County, several caseworkers at the Suffolk County Child Protective Services, officials at the Center Moriches School District, where Valva was attending school at the time of his death, and Nassau County Judge Hope Schwartz Zimmerman, who in 2017 awarded custody of Valva and his two brothers to their father, NYPD transit officer Michael Valva.

“Tommy’s death was not only foreseeable, but completely preventable,” the suit read.

“For over three years leading up to his death, plaintiff Justyna Zubko-Valva repeatedly warned defendants that her three young children, including Tommy and his two siblings, Anthony and Andrew, were being tortured, beaten, physically, mentally and sexually abused and starved.”

Manhattan-based attorney Jon Norinsberg is representing Zubko-Valva in the case. Other defendants include attorneys in the couple’s divorce proceedings.

On Jan. 15, Thomas Valva was discovered unresponsive in an unheated garage attached to the home that Michael Valva and his fiancée Angela Pollina. Michael Valva is currently awaiting trial on murder charges.

Attorneys for the defendants could not be immediately reached for comment.