Nassau, NYC to include Belmont arena in traffic studies 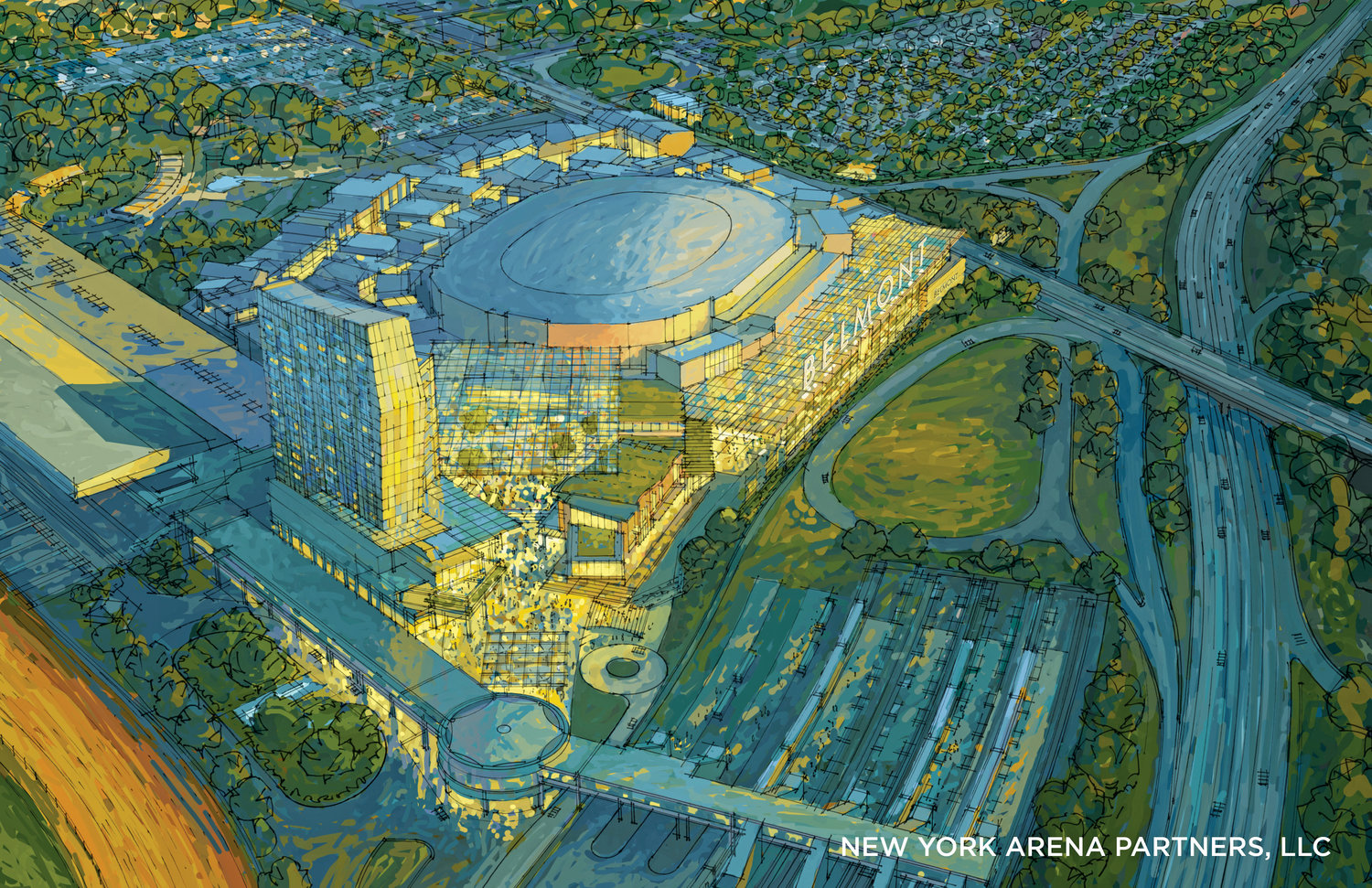 Nassau County and Queens will now include the calculated impacts of the proposed Belmont arena project into their own respective traffic studies.
Courtesy New York Arena Partners
By Ronny Reyes

The Nassau County Department of Public Works and the New York City Department of Transportation have confirmed that both their respective traffic studies to improve road maintenance and safety in Elmont and Queens will now take the proposed Belmont arena project into account.

The project is expected to generate about 4,000 extra drivers onto local roads and parkways during peak hours throughout the weekend and on weeknights, according to the Empire State Development’s Draft Environmental Impact Study. The N1, N6/x/ Q2 and q110 were also expected to face “significant adverse impacts” due to the project. NYC Councilmember Barry Grodenchik, who along with city Comptroller Scott Stringer wrote a letter in December calling on the city’s Department of Transportation to study the arena impacts, said he was glad for the city’s quick response.

“Anything that can be done to mitigate the impacts of traffic on the communities of Eastern Queens will help preserve quality of life for local residents.” Grodenchik said.

The study was propelled into the forefront of the Department of Public Works after officials met with residents in November, who expressed their frustration over the constant accidents that plagued Dutch Broadway. Residents had also previously asked ESD and arena developers to include Dutch Broadway into their Environmental Impact Study despite being outside the study’s half-mile radius limit. During a public meeting with ESD officials, long-time Elmont resident Ferida Kahn warned developers about the possible rise in accidents should Dutch Broadway be excluded.

“Dutch Broadway will be a secondary road that will be flooded with cars heading to and from the stadium, trying to avoid traffic on Hempstead Turnpike,” Khan said.

While ESD officials at the time said they would consider including Dutch Broadway into the study, it was ultimately excluded from the Draft Environmental Impact Study. The Belmont Park Community Coalition criticized this decision, along with other road exclusions, and, demanded a proper traffic study from arena developers. “We saw in the DEIS and during this month’s hearings, that the state and NYAP have essentially ignored all our traffic concerns by performing bare minimum study of the traffic, using old and outdated computer models,” BPCC officials wrote in a statement. “ It’s time for a real traffic study, and before we are stuck with a constant headache.”