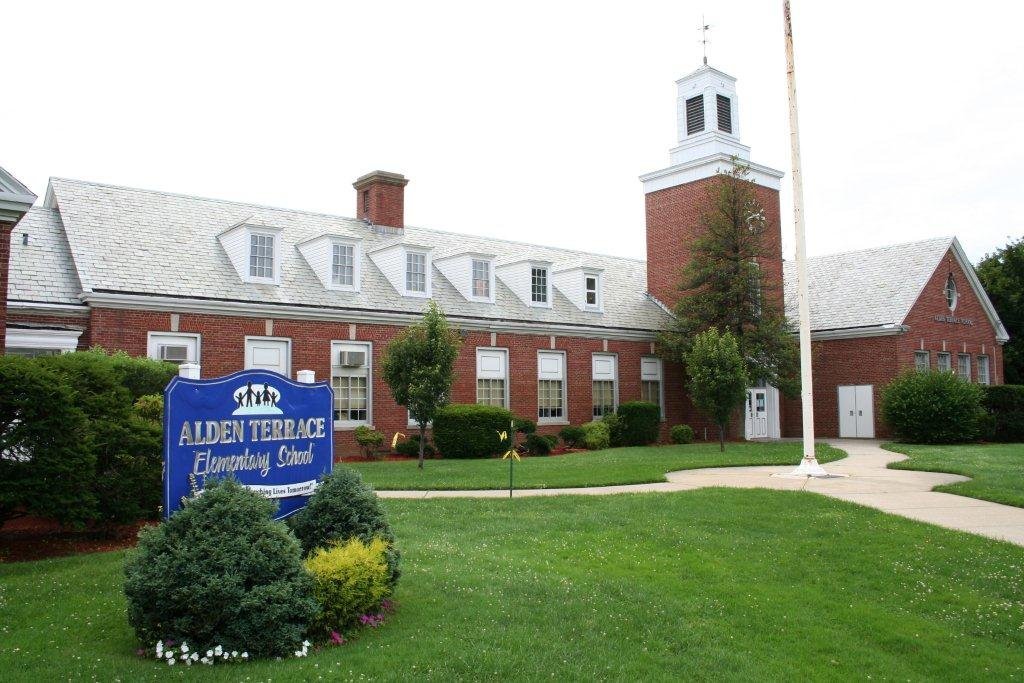 Since many children from Elmont attend the Alden Terrace School in Valley Stream, bringing Elmont and Valley Stream into the same congressional district to make it easier to secure school funding for students has been a longtime goal of Elmont community leaders such as Mimi Pierre-Johnson.
Christina Daly/Herald file photo 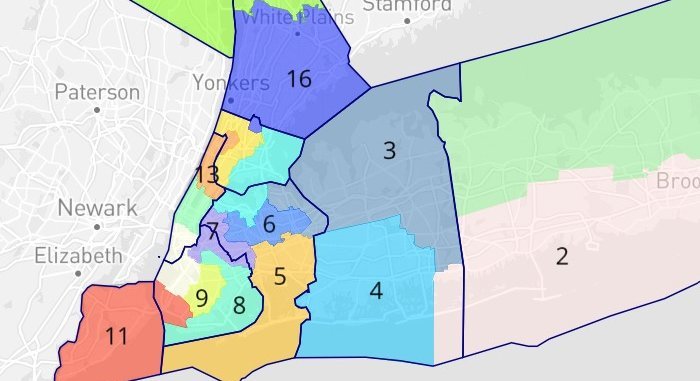 The statewide redistricting map approved last week places most of Elmont, as well as Valley Stream and Inwood, into to the 4th Congressional District.
Photo courtesy Dave’s Redistricting
Previous Next
How Elmont is currently represented in House, State Legislature

• House of Representatives: Elmont is now part of the 5th Congressional District, along with parts of Queens, which is represented by Democratic U.S. Rep. Gregory Meeks. On the new map, Elmont will be in the 4th District, currently represented by Rep. Kathleen Rice, a Democrat who is not running for re-election.

• State Senate: Elmont is part of the 7th Senate District, represented by Sen. Anna Kaplan. Before it was thrown out as the result of a GOP lawsuit, the redistricting plan signed by Gov. Kathy Hochul in February ushered in a change retained in the new plan approved last week: Elmont will no longer be split between the 7th and 9th districts, the latter represented by Sen. Todd Kaminsky, who is also not running for re-election. Most of Elmont is now contained in the 7th District.

• State Assembly: Elmont is part of the 22nd Assembly District, which was created during the 2011-12 redistricting process, and is represented by lifelong Elmont resident Assemblywoman Michaelle Solages.

New statewide congressional and State Senate districts approved last week secured two longtime goals pursued by community leaders and local elected officials in Elmont: The new map unites most of Elmont within the same congressional district along with nearby communities, including Valley Stream, while not joining the community with parts of Queens.

“I am very happy that Elmont, Valley Stream and Inwood have been grouped together in the recent proposed redistricting lines,” said Carrié Solages, a Democratic candidate for the soon-to-be-contested 4th District seat currently held by Democratic Rep. Kathleen Rice, who is not seeking re-election. “For many years, our communities were split among two different districts due to gerrymandering,” Solages added, alluding to Elmont’s controversial redistricting history.

Elmont leaders have pointed to the 2011-12 redistricting cycle, which split the community between two State Senate districts, as an example of gerrymandering, a process by which electoral districts are typically drawn to the advantage of a particular political party.

The 22nd State Assembly district was created during that cycle, and Assemblywoman Michaelle Solages, a lifelong Elmont resident, was elected to represent it. But in the State Senate, Elmont was split between the 7th and 9th districts, represented separately by Senators Anna Kaplan and Todd Kaminsky.

In a previous Herald story on how redistricting has affected Elmont residents, Assemblywoman Michaelle Solages said the community was “carved up” in the 2011-12 process and added that the maps from a decade ago did not consider residents’ socio-economic realities.

The new maps, which were redrawn by a State Supreme Court-appointed special master after district lines created by the Democratic majority in the State Legislature were overturned by the court, were approved by a state judge last Saturday.

“It seemed like Elmont and Valley Stream did not have anyone fighting for them,” said Mimi Pierre-Johnson, a longtime community activist, expressing support for the new maps, but recalling her reaction to the 2011-12 redistricting, which pushed her to fight for better district lines for Elmont.

The past map, she said, placed the majority of Elmont in the 7th Senate District, but kept some areas — specifically near the Southern State Parkway and Linden Boulevard — out of the district, which she said effectively neglected Elmont children who attended the Alden Terrace Elementary School in Valley Stream, and junior high school and high school students who live in that community who attend Elmont Memorial High School.

These problems, Pierre-Johnson said, were largely corrected by the new maps.
She was originally more concerned about garnering representation for all of Elmont within one State Senate district, where representatives are more accessible than on the federal level. But when Pierre-Johnson learned that Elmont was to join parts of Queens on the congressional level under the map rejected by the state court prior to the new maps’ approval last week, she began calling for changes on the federal level.

She spoke at an upstate hearing on the new maps on May 6 with one message: Do not relegate Elmont to a district with parts of Queens, because that would create barriers to securing resources for Elmont.

Pierre-Johnson said that critics of calls for redistricting changes have often rejected them on the grounds that residents of Elmont, Valley Stream and Queens are “the same” because many of them are Black and Haitian.

“Demographics, that’s one thing, but when you’re talking about the resources for your schools, the everyday things you need as a constituent, that’s different,” she said.

Pierre-Johnson and other Elmont community leaders have long called for having one congressional representative, one state senator and one assembly member to allow for more allocation of resources to Elmont residents and smoother communications with elected officials.

Pierre-Johnson pointed to the nearby communities of Oceanside and Rockville Centre, which also belong to the 9th Senate District, which she said have noticeably high-quality restaurants, robust funding for schools, and “walkable” shops.

“Elmont is always struggling to have those things happen,” Pierre-Johnson said, holding up those areas as evidence of successful resource allocation that she hopes Elmont can emulate with the representation created by the new maps.

“Now, with our communities grouped together,” Carrié Solages said in his statement, “we can provide adequate resources and representation to assure our voices are heard on every level of Government.”

The new maps can be viewed online at DavesRedistricting.org.