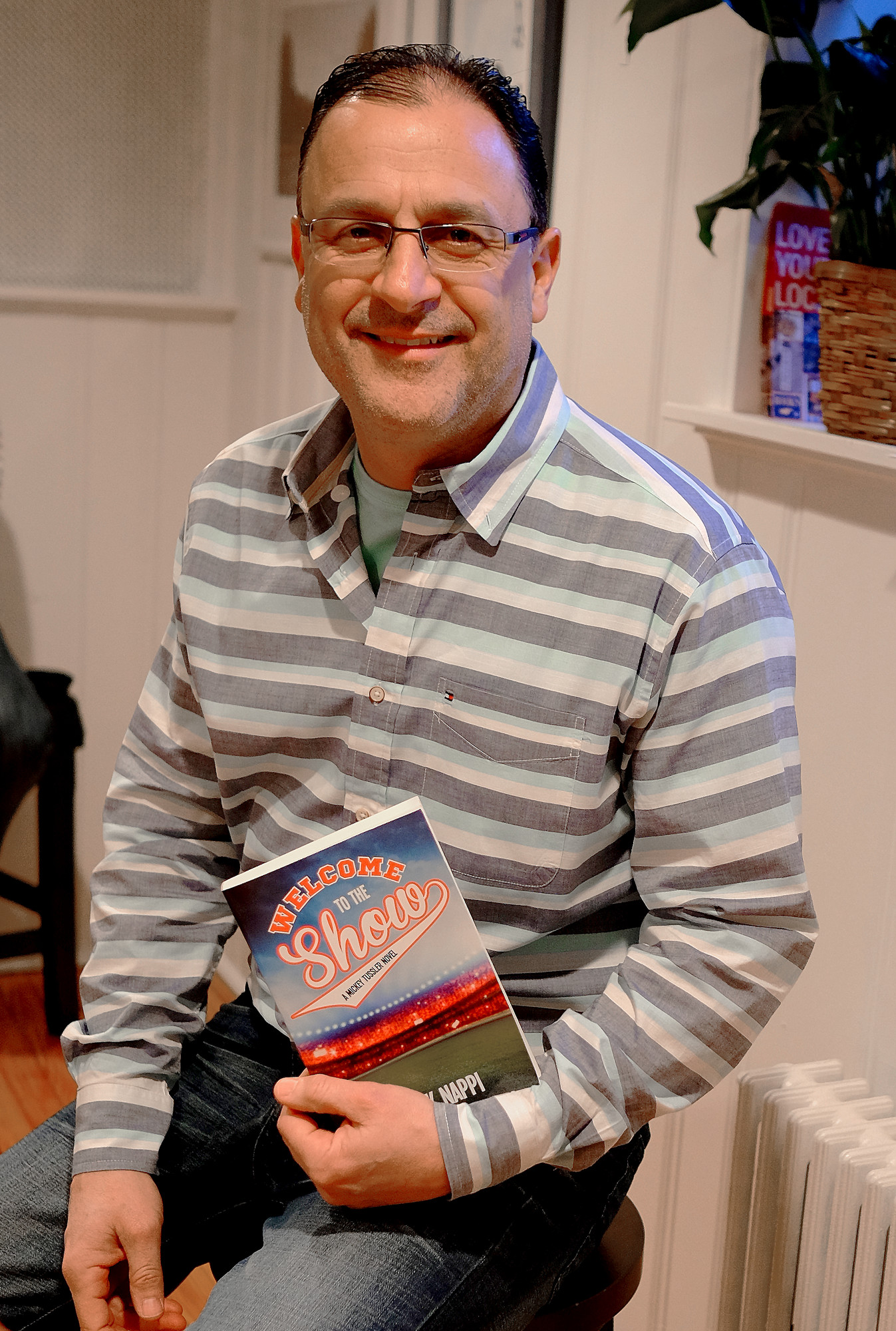 Frank Nappi showed off “Welcome to the Show” the latest book in his Mickey Tussler series, at Turn of the Corkscrew.
Courtesy Oceanside Schools
By Rebecca Melnitsky

Oceanside teacher and author Frank Nappi launched his latest book in his “Legend of Mickey Tussler” series with a party at Turn of the Corkscrew in Rockville Centre last Friday.

The latest book, “Welcome to the Show” follows autistic pitching sensation Mickey Tussler, his coach and his catcher in the 1950 baseball season as they make the move from the minor league Milwaukee Brewers to the major league Boston Braves.

“The move presents all kinds of challenges, but particularly to Mickey Tussler because of his Asperger’s,” said Nappi. This includes the change in leagues as well as the change from small city Milwaukee to fast-paced life in Boston.

Nappi said that when he wrote the first book in 2008, he did not intend for it to become a series. He started playing with ideas, which evolved into a second book, and a third book. He does not plan on writing another sequel.

“My editor suggested a prequel,” he said. “Some people have expressed interest in some of the groundwork for some of the major characters. I haven’t really devoted a lot of time. It’s sort of interesting, even as a writer, to think about where the characters were before I started writing the first story.” Nappi has written about 50 pages so far.

He also recently finished another book, a psychological thriller called “As Long as We Both Shall Live.” “It’s very different with what I’ve been doing,” said Nappi. “It’s about a young couple that makes a couple of bad decisions that unravel their lives.”

He writes on weekends, nights — whenever he has time. “If you try to find time you’ll never find it,” he said. “You have to carve it out and make the time.” When he’s not writing or teaching, he likes to read, spend time outside, running and watching baseball. His favorite team is the Mets.

Nappi, who teaches English and Creative Writing at Oceanside High School, also tells his students that its important to just write, even if you do not if have an entire story in mind yet. “Put your thoughts on paper and you’ll find more often than not find that it makes sense after a while,” he said.