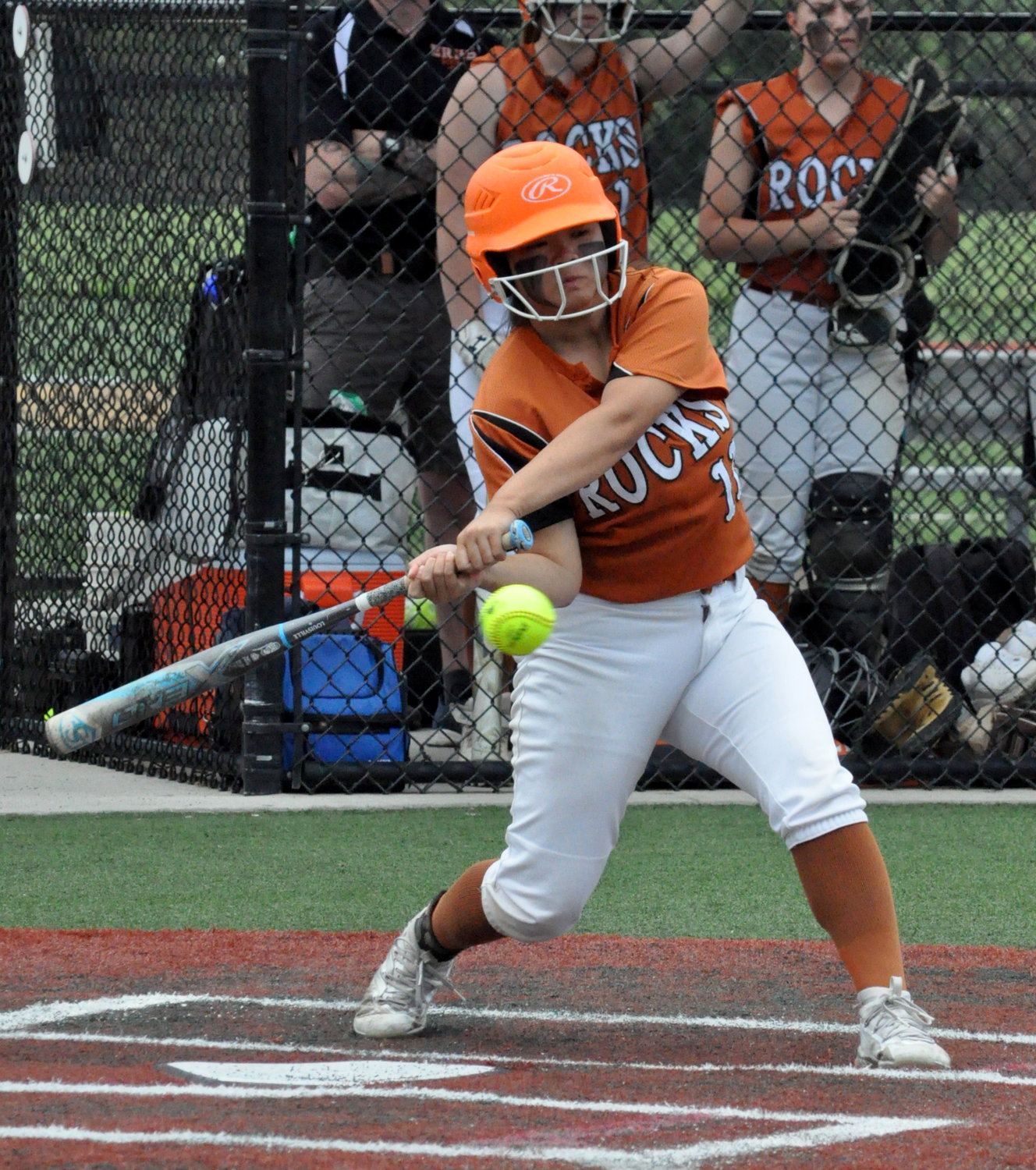 In a softball season that saw East Rockaway come from behind to win 18 games, the Long Island Class B championship/Southeast Regional semifinal wasn’t one of them.

The Rocks did fight back from a six-run deficit with four runs in the top of the fourth inning against Babylon, but the Panthers’ offense was relentless and paved the way to a 14-4 victory at Eastport-South Manor Sports Complex on June 2.

Babylon, the designated home team, scored at least once in every inning except the second and pounded out 14 hits on the afternoon. Seniors Emily McGurk and Mikayla Sasuk and sophomore Hailey Lassen all had 3 RBIs and two runs scored, and sophomore pitcher Meghan McGurk allowed six hits and struck out seven.

Sasuk and Lassen each had two-run doubles as part of a five-run third inning that upped the Panthers’ lead to 6-0.

The Rocks (21-5) responded, however, with four runs on three hits on their next turn at-bat. Junior Grace Wooding drove in senior Katy Howard with a double to get them on the board. Junior Julia Walsh then followed a walk to sophomore Sofia Ramirez with a single to knock in Wooding, and aggressive baserunning by Ramirez as the ball took a tour of the infield cut the margin to 6-3. Senior Adriana Ramirez capped the rally with a sacrifice fly, scoring Walsh.

However, East Rockaway would manage only one hit over the final three innings while Babylon (14-1) padded its lead with four runs in the fourth, and two runs apiece in the fifth and sixth.

“We accomplished a lot,” Rocks coach Joe Lores said. “The only bummer is that we don’t get to keep playing.”

East Rockaway swept Oyster Bay to capture the Nassau Class B title and then defeated Carle Place, 20-7, in the county’s B/C matchup on May 31 behind senior Riley O’Hagan’s home run over the fence in centerfield and three RBIs, and four RBIs apiece from Adriana Ramirez and fellow senior Amanda Loyer.