Parents get a closer look at fentanyl crisis 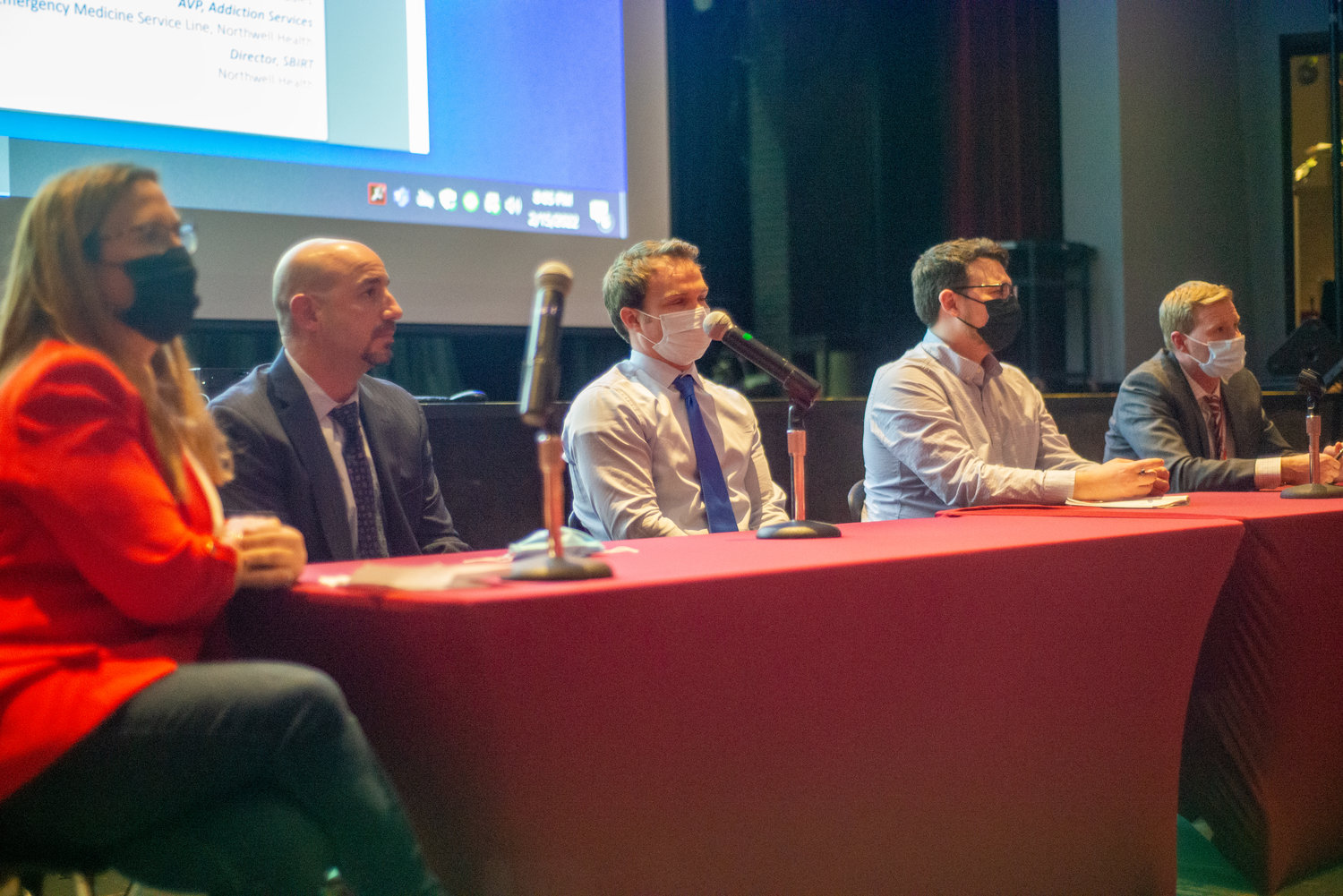 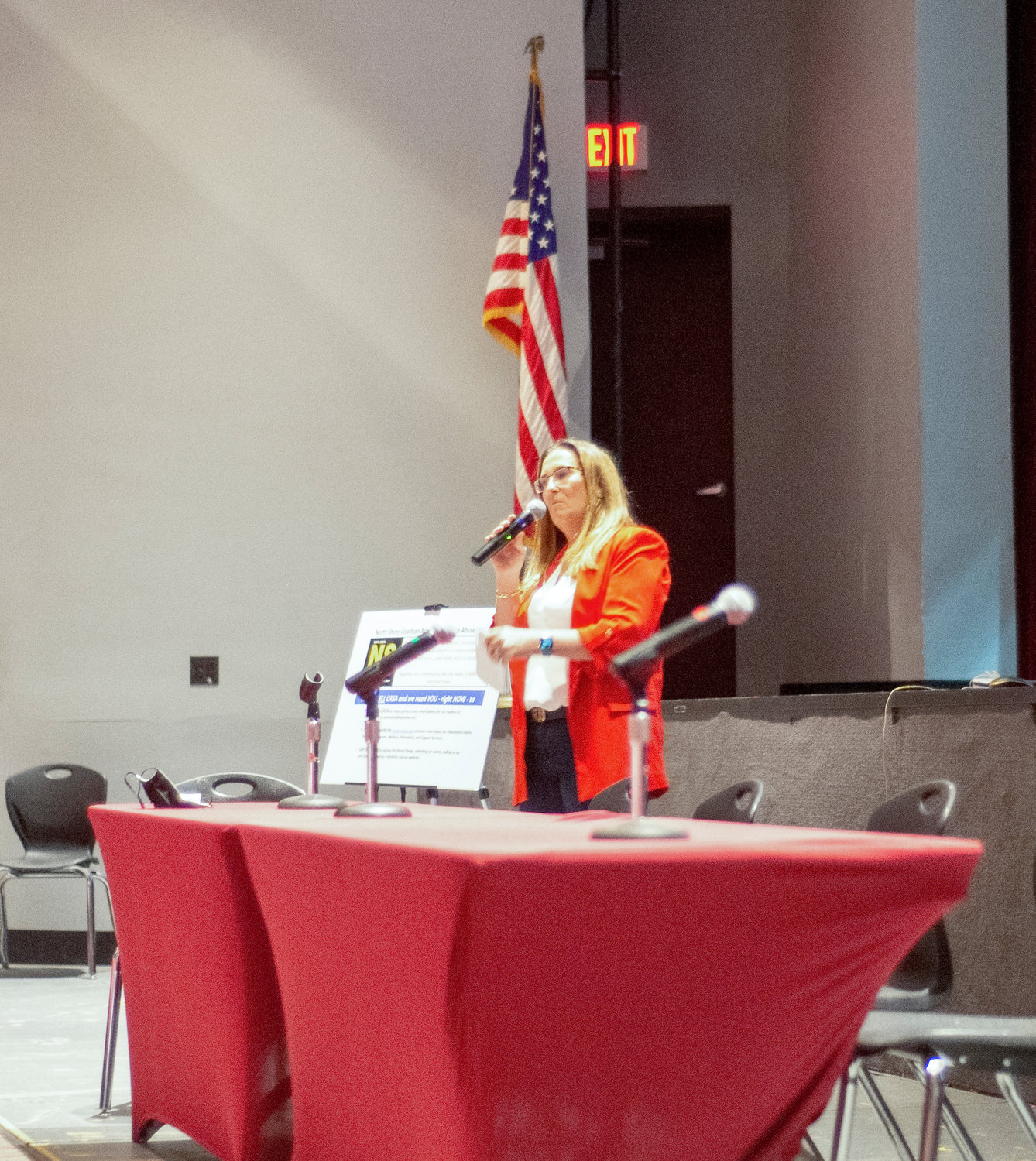 Camardella, president of NS-CASA, said the purpose of the event was to help save children’s lives.
Photos by Steven Keehner/Herald
Previous Next

The North Shore Coalition Against Substance Abuse invited local experts to speak to parents about fentanyl, and about naloxone and other life-saving strategies, in the North Shore High School auditorium on Feb. 15. Parents received free naloxone kits.

The event gave parents an opportunity to share their concerns and ask questions about fentanyl, which is a synthetic opioid. “It’s never soon enough to be educated, because life moves really fast,” said Katia Armata, one of nearly 40 attendees and a parent of two. “I’m trying to keep the door open and communicate with my kids.”

Parents first watched the documentary “Dead On Arrival,” which set the tone for what was to come. “It doesn’t make a difference about community, skin, age or their sex — it doesn’t matter,” Landman said. “[Fentanyl is] everywhere, and it’s affecting everybody.”

Fentanyl is impossible to detect without test strips, which makes the use of illegal drugs riskier. In Suffolk County, fentanyl-laced cocaine killed six people across the North Fork in just three days last summer.

The event gave the community “one educated voice,” Alison Camardella, president of NS-CASA, said. “We’re here to help save a kid’s life. I mean, honestly, that’s why we’re doing this.”

Camardella, a 20-year North Shore resident and a mother of three, served as the event’s moderator. The panelists highlighted the importance of communication and awareness among parents.

Birkenstock stressed the importance of being protective but also realistic. “What we can do from an event like this is that we can go to reliable sources online,” he said. “We can get good information and share that with our kids, and have open conversations that aren’t just lectures.”

Another topic was New York state’s 911 Good Samaritan Law, which encourages an overdose victim or those witnessing it to seek medical treatment without fear of arrest.

“I mean, if there’s a kilo there, I think it’s going to be a different story, but just recreational drug use, it’s not prosecutable,” Landman said. “We cannot arrest them. I think that something definitely should be discussed with the kids — there’s no need to sanitize the scene.”

Later, Dr. Sandeep Kapoor, the director of screening, brief intervention and treatment referral at Northwell Health, explained how naloxone can be used to treat an overdose. A North Shore school parent himself, he also told attendees how they can check on the medications in their households to help avoid their misuse.

“Are you keeping [non-essential medication] for a rainy day or because you already paid the copay?” Kapoor asked. “Just think about how much risk you’re adding to your family, as well as anybody else that comes into the house.”

He emphasized awareness, education and knowing how to help others. “We don’t need to shut down people that utilize drugs — we just have to make it safer for them,” he said. “And even if your children, my children or someone makes a bad decision, it’s about safety, not necessarily about abstinence.”

Eric Contreras, the principal of North Shore High School and the father of three, said the event was another step toward establishing a culture of anti-substance abuse. “There have to be direct and honest talks that we take to students,” he said. “It has to be the training of our staff and honest conversation for parents.”