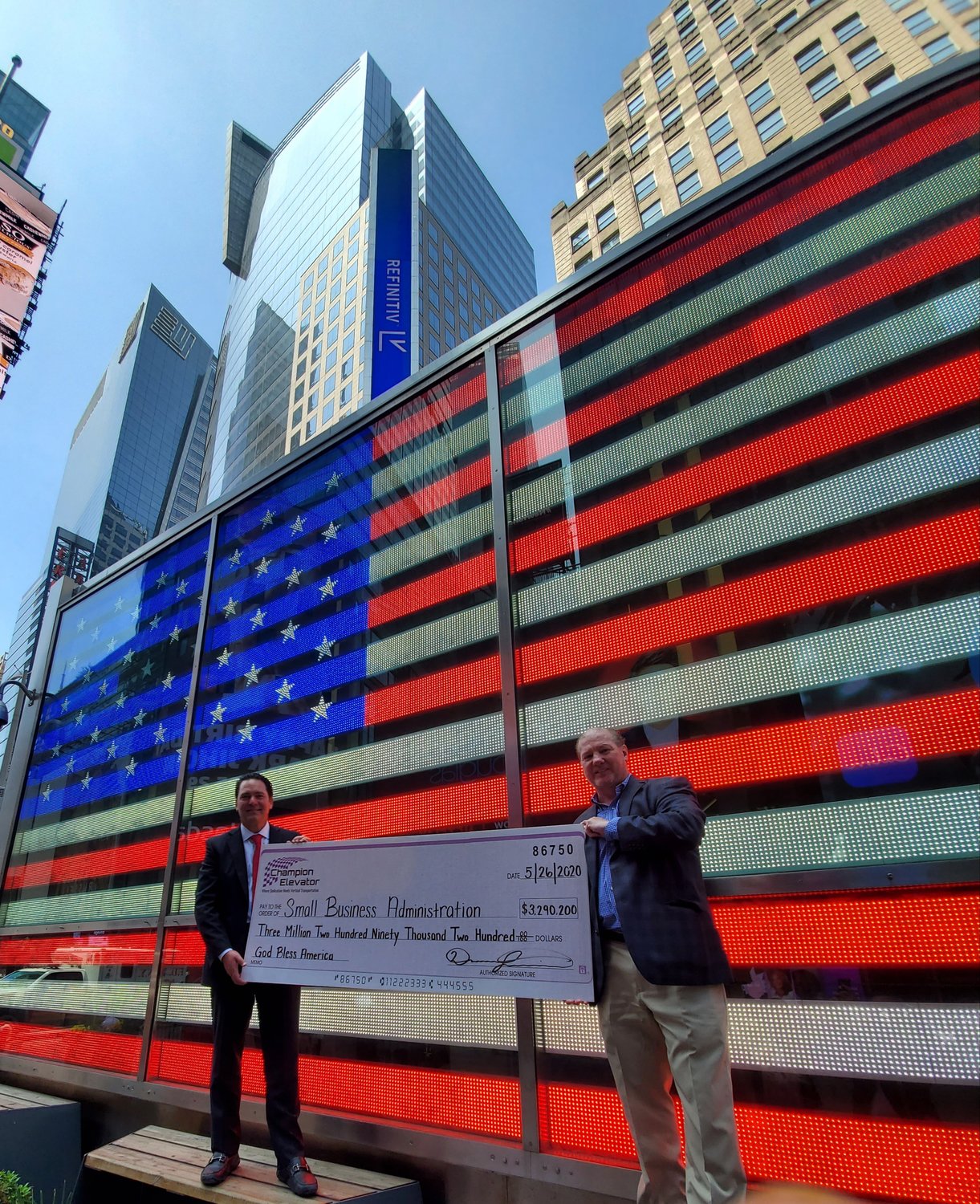 As businesses began to shutter early this spring, proprietors were faced with a lot of uncertainty about the future of their ventures. When information about the Small Business Administration’s financial support program became available, many jumped on board to apply, including Champion Elevator, owned by Donald Gelestino of Rockville Centre. However, when the funding came through, Gelestino decided smaller businesses would benefit more, and he returned the $3.2 million received by the company.

According to Gelestino, who is the vice president of the Rockville Centre Chamber of Commerce, Champion Elevator applied for the program as soon as it became available. “No one knew what would happen, if we’d be working and how long it would last,” he said.

The company, based in Manhattan, got approved for the funding and received $3.2 million in early May. However, at that point, Gelestino said, the situation for his company did not feel as dire as it seemed to be for smaller businesses. Though his company took a hit, it was still operating and all 157 employees still had jobs.

“Meanwhile, I’d walk around the village and see small shops suffering,” he said. “They might never come back.”

Though his company does not make a large profit, it does get monthly revenue from maintenance contracts and has been trying to grow and acquire other companies.

“I felt like this program shouldn’t apply to us,” he said. “It didn’t feel right to keep the money when we’re still in business and not devastated by the pandemic.”

The company did take a $600,000 hit due to the expense of personal safety equipment and as well as from loss of productivity and rescheduling. For instance, when construction had to be stopped, he had those workers doing maintenance projects instead. “I was not going to hurt my people,” he said. “I felt the company would have to take the punch.”

While his company operates on a tight budget and would have had a nice cushion with the funds – money that would not have been required to be repaid – it weighed on Gelestino’s conscience. Businesses such as salons, restaurants, start-ups and those that depend on walk-in customers have been severely affected by the coronavirus crisis, and he said, the difference to them could be survival or failure. His hope is that the money can be redistributed to smaller businesses to keep them afloat.

“Giving $100,000 to 30 other businesses could be life changing for them,” he said. “I would feel good knowing it went to a small local business.”

After discussions with the bank and his finance team, it seemed best to return the money to the SBA rather than disbursing funds through his company as donations. It took about a week to return the money. While there’s no way to control or track the funds now that they have been returned, he’s confident he did the right thing.

“I’m a big believer in that, if you do something good, something good will come back to you,” he said. “I do believe I’ve been lucky so far. I have a great company with great people, and I believe it’s because I always try to do the right thing.”

Chamber president Brian Croutier said that he was impressed with Gelestino's actions and also hopes the money will help local businesses.

Gelestino has lived in Rockville Centre for the past 20 years and has been involved in the Chamber of Commerce since 2011. He said is very involved in charities and always looks for ways to give back to the community.

“When times are tough, that’s when people need to do something extra special to help each other,” Gelestino said. “We feel good about helping our neighbors and community and I hope others do the same.”