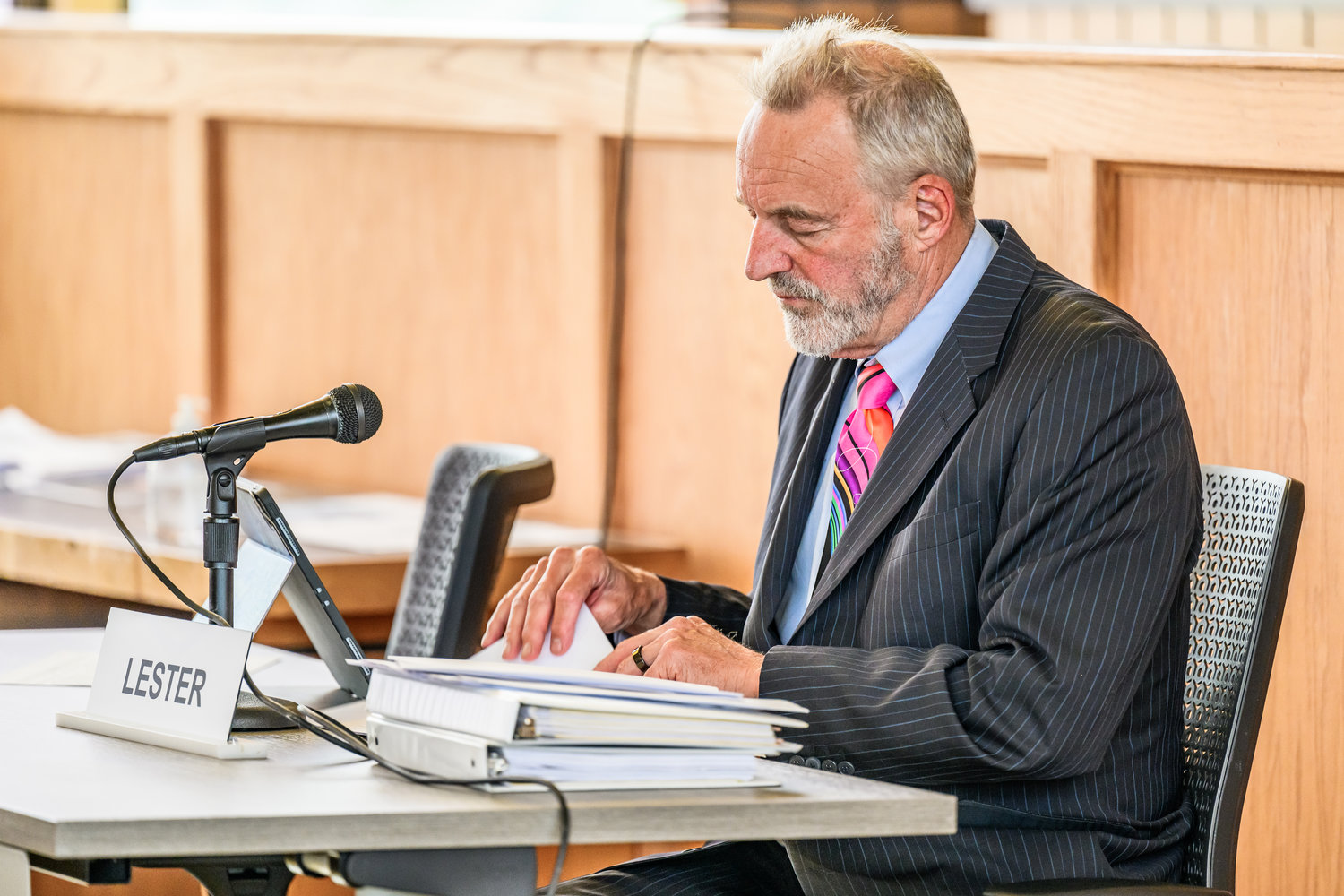 Roy Lester has become something of an outlier in the City Council since he joined it in January.
Bob Arkow/Herald
By James Bernstein

Roy Lester glided up to a bagel shop in Long Beach on one of his many bicycles early last Friday morning. He has more than a dozen bikes, and uses them often.

At 71, Lester not only rides, but swims — he has been a Jones Beach lifeguard since his teens. And all that working out seems to suit him in his professional life as an attorney. He always appears to have the energy for a good argument.

Since early January, Lester has been directing that energy, in the form of probing, lawyerly questions, at fellow members of the City Council, to which he was elected in November.

Many agree that council meetings haven’t been the same since.

Lester, who once called himself a “loudmouth,” rarely lets an agenda item go by without a series of questions. He grills city commissioners over expenditures for the beach, frequently asking why the city spends $5 million annually to operate it. A regular target of his endless energy is Ina Reznik, the city comptroller. Lester repeatedly asks why the city cannot find a way to reduce its budget. “Not a single penny was cut from the (2022-23) budget,” he says often.

In recent weeks, Lester, a lifelong Long Beach resident and a former president of the Board of Education, has surprised some in the audience at council meetings by voting against a few items.

On March 1, he voted against buying new bunker gear for the Long Beach Fire Department.

On May 3, he and Tina Posterli, who was also elected to the council in November, voted against raising fees for the beach, even though the council had been told that beach revenue last year was down $1.1 million because of the coronavirus pandemic. Lester said later that he simply cannot understand — because it has never been adequately explained to him — why operating the beach costs as much as it does.

On May 17, He voted against a proposal to spend $2.1 million to purchase a new fire truck, to replace an aging vehicle that was damaged in Superstorm Sandy. The truck, he said later, should have gone out to bid rather than being acquired through a purchasing cooperative, because the city might have gotten a lower price. Taxpayers, he said, should not be paying for equipment for paid firefighters.

And at a special council meeting Monday night, Lester voted against Long Beach’s proposed $95.5 million budget for the next fiscal year, arguing that city taxes keep rising and not enough cuts were made to the spending plan.

All of these items were approved by the council.

Lester readily acknowledges that he was as much of a contrarian on the school board as he is now on the council. He argued with teachers’ union officials about salaries, and with administrators about costs. He laughs about being given the nickname “Sour Cream” after raising a fuss about the cost of the condiment. “They made fun of me,” he said. “But it’s little things like that that matter. I’m always cheap with public money.”

Judi Vining, executive director of Long Beach Aware, said that Lester has been a part of the organization since 2003. “What I can tell you about Roy is that there is no subterfuge,” Vining said. “What you see is what you get, and that’s something of value.”

Francis X. McQuade, a Long Beach attorney and a politically active Republican, said that Lester has been divisive. “I admire what he’s done,” McQuade said, but added that Lester may be taking up too much of the public’s time, and might better question commissioners at times other than at council meetings.

Lester has become something of an outlier on a council whose members often pride themselves on their unity. Council President Karen McInnis said she was happy to have Lester and Posterli, the two newcomers, on the council. But, she added, “I would say that taking on the role of a dissident in a reformed, professional government, I’m not sure that gets the job done.”

But, McInnis acknowledged, “Everyone has a different style. I probably agree with Roy on more than half the things” he says.

Councilmember John Bendo, McInnis’s predecessor as president, said he has known Lester for years, and has become accustomed to his style. Bendo noted that he and Lester are friends, but added bluntly, “Roy is a problem looking for a solution.”

Bendo was around when Lester, before being elected to the council, would speak at practically every meeting, and raise lots of questions. “Residents come up to complain,” Bendo said. “But when you’re on the other side of the podium, you have to be doing something about it.”

Bendo said he feels that Lester is trying to play the role of city manager, whose job it is to examine Long Beach’s problems as if through a microscope. “As City Council people,” Bendo said, “we don’t run the city. We make policy. To do that, you have to build a collaboration to get anything done. Roy is a bull in a china shop.”

But, Bendo added, “Roy and I can be at a meeting yelling at one another, and 10 minutes later we can be having a drink together.”

Asked if he thinks he has had an impact on the council, Lester said, “I hope so. Sometimes they do listen to me.” And with a laugh, he added, “Sometimes they hate me.”