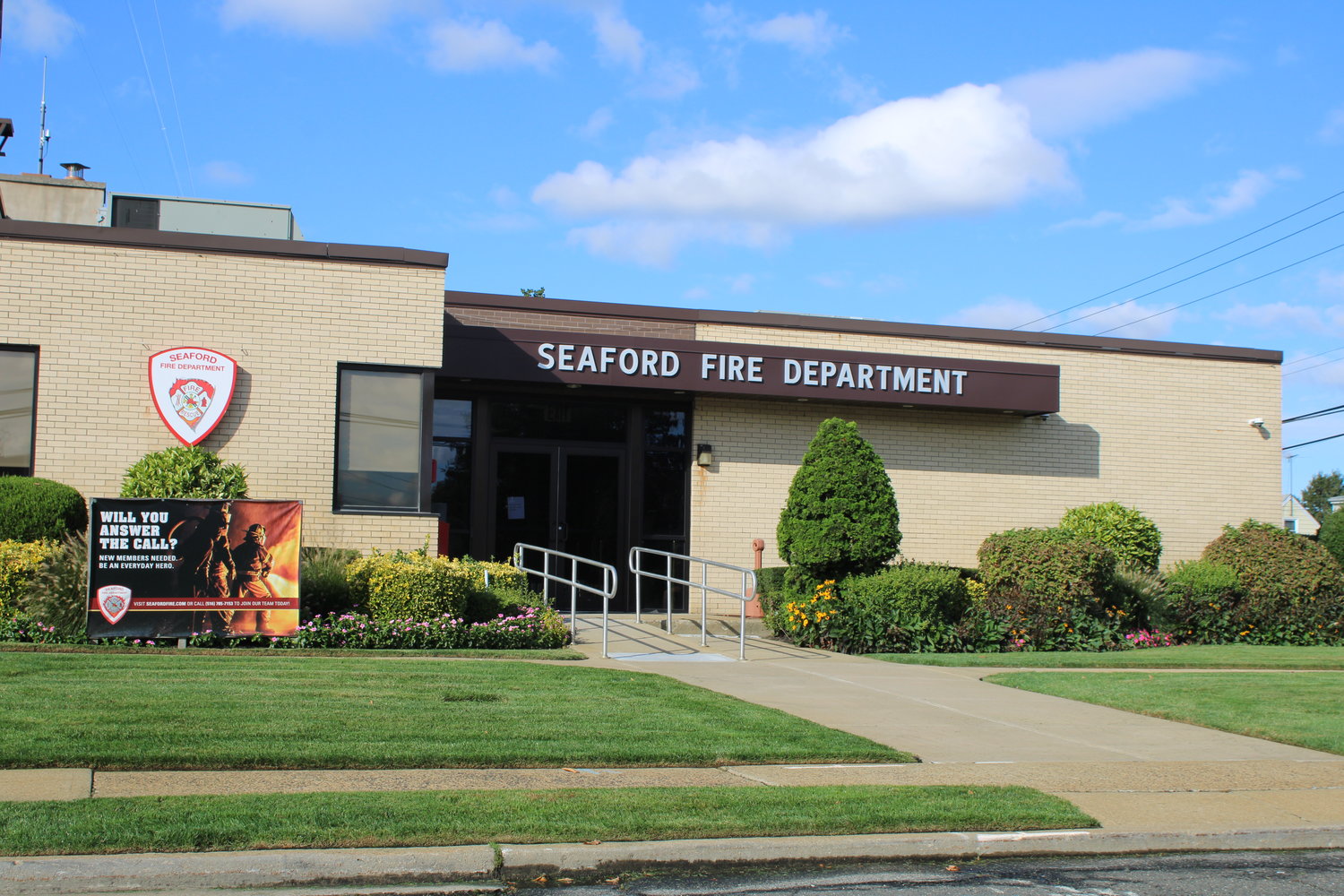 The Seaford Fire Department has received $600,000 in funding for new equipment from the office of State Senator John Brooks, who is a former chief of the department.
Kate Nalepinski/Herald
By Mallory Wilson

The Seaford Fire Department has received a $600,000 grant from New York state to fund the purchase of new generators and breathing apparatus.

The funding came from State Sen. John Brooks’s office, Michael Reid, Brooks’s chief of staff, said. A total of about $2.3 million was distributed to fire districts throughout Senate District 8.

The Seaford F.D. requested funding for an emergency generator to power the firehouse in the event of a power outage, Reid said. The department also requested money for breathing equipment used by firefighters working at the scene of a fire. Approximately $350,000 was appropriated for the generator, and the remaining funds went toward the breathing equipment.

The funding comes from the state budget. Each senator is advised how much funding is available for projects in his or her district, Reid explained. Sen. Brooks announced during Fire Prevention Week, Oct. 3-9, that the funding was secured.

“This money always funds tangible things,” Reid said. “Any of the funding that is being used gets used for helmets, hoses or other physical things that the Fire Department needs. The money never goes toward salaries or benefits.”

Seaford is a volunteer department, and Commissioner Frank Allaire said that since 80 to 90 percent of its funding comes from taxpayers, the grant was a great help. “Our generator was [over] 50 years old, and wasn’t capable of making our building a
cooling center for the public,” Allaire said. “If we had hurricanes or other instances where people had to come to a safe place, we weren’t able to have them come to our firehouse, because we didn’t have the capability for a cooling center. So that was a high priority on our part to try and get some funding for that.”

Allaire said that members were grateful for the funding they received. “To receive a grant like this is a big win for the members of the Fire Department and for the community,” he said.

Brooks’s passion for fire safety runs deep: He is an ex-chief of the Seaford department, and has been a member for over 45 years. During Fire Prevention Week, he announced that he had sponsored two State Senate bills that would increase fire safety. One, which passed the Assembly in May, will given owners of newly constructed homes more information on sprinkler systems, while another, which has yet to be passed, would create tax exemptions for those who purchase fire extinguishers and fire, heat and carbon monoxide alarms.

“I am proud to sponsor legislation requiring that when a new home is being built, the homeowner needs to be given the option to install a sprinkler system which will quickly put out a fire,” Brooks said in a statement. “I am also proud to have sponsored the legislation, now awaiting Gov. [Kathy] Hochul’s signature, which would eliminate state taxes on home fire extinguishers and smoke detectors.”

As an active volunteer firefighter, Brooks said he supports “the brave men and women who protect our homes and lives.” The funding he secured, he said, would help pay for “critical, life-saving equipment requested by the fire departments in my district.”