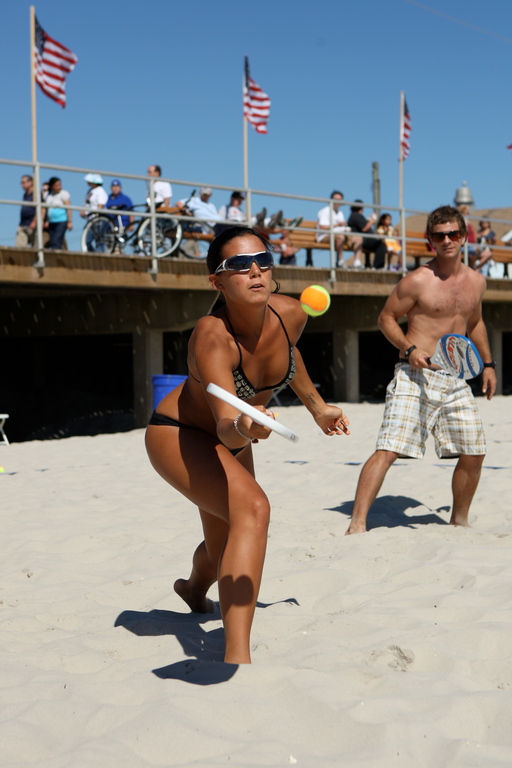 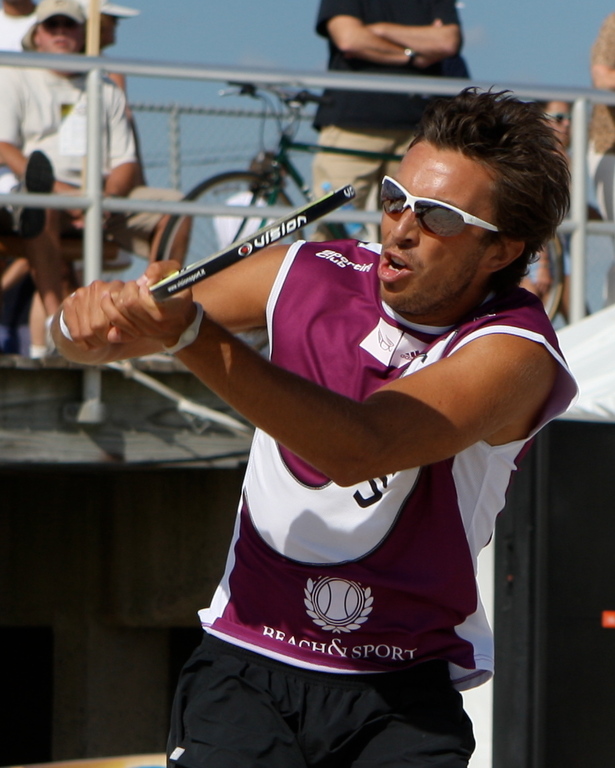 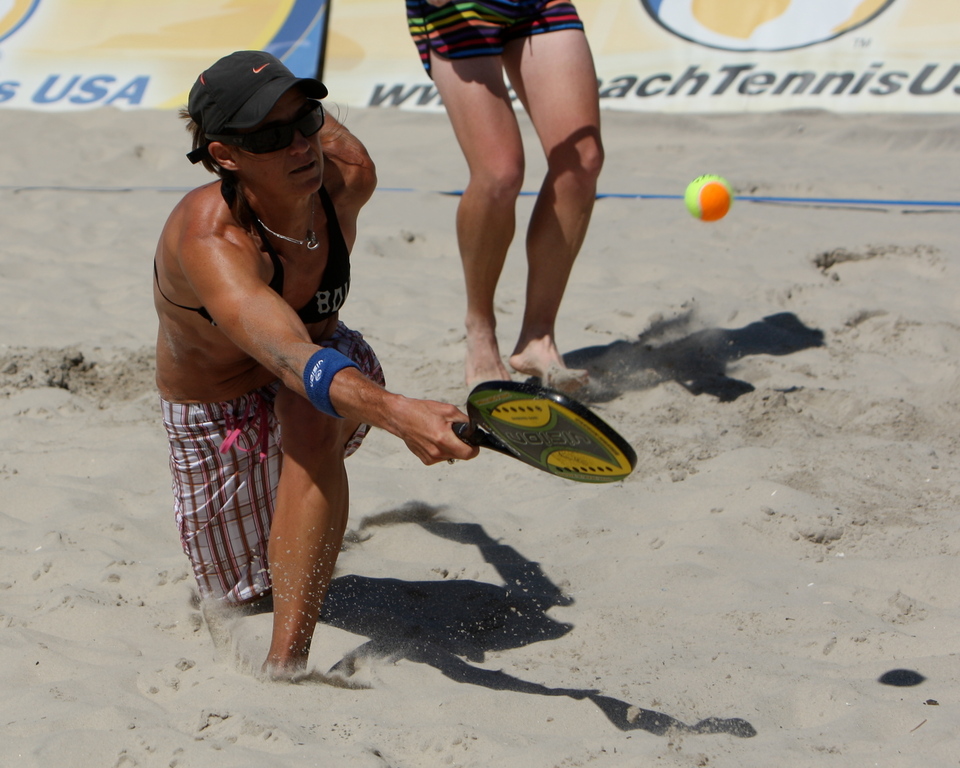 The tourney included more than 100 teams with players from around the world. 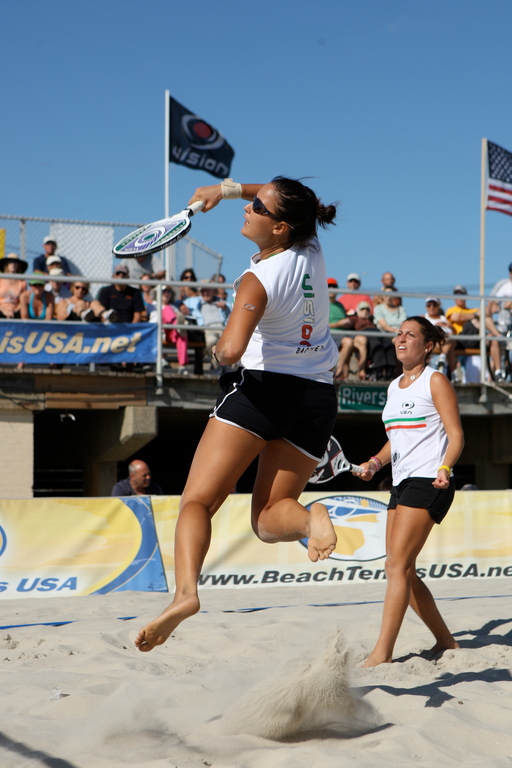 Italy’s Federica Bacchetta and Veronica Visani, who played a tough game, lost to the Brazilian team in the Women’s Pro division finals. 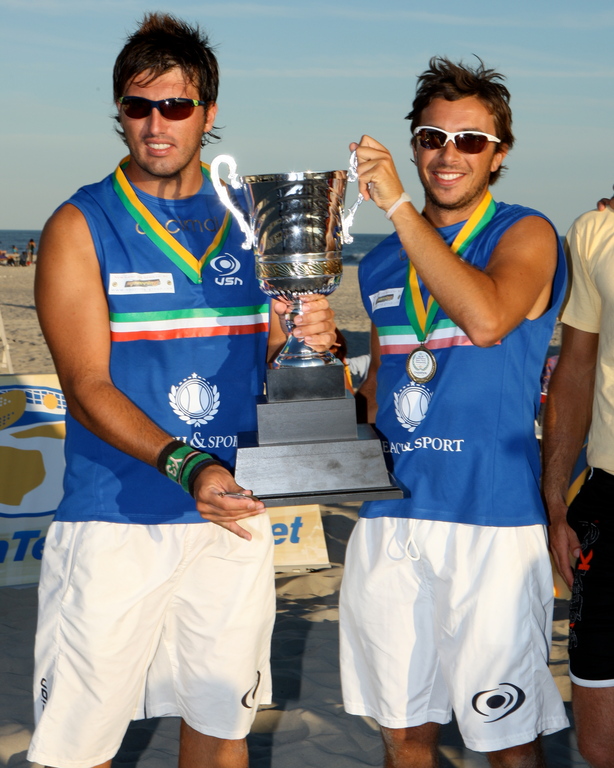 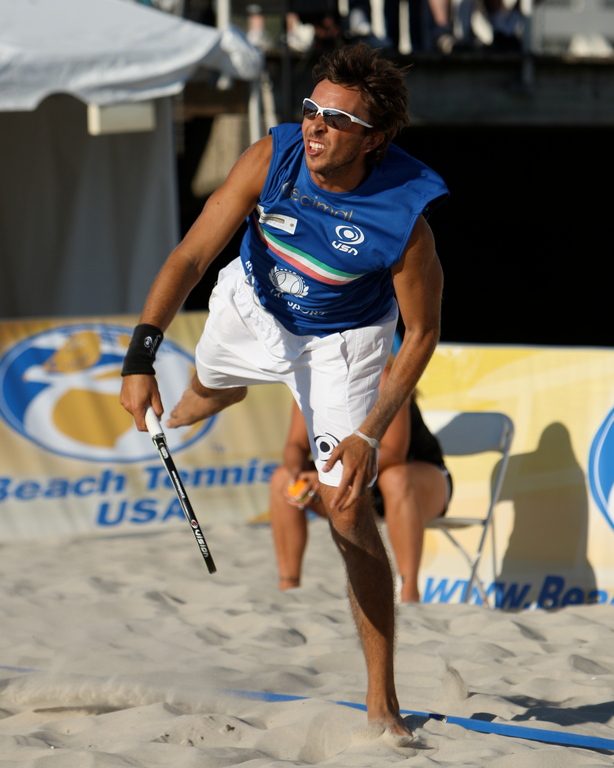 As spectators lined the bleachers along the Riverside Boulevard beach, energetic dance tunes reverberated throughout the boardwalk while the players leaped to hit the ball over the net.

While the Italians ultimately lost to Brazil, Arraya gave a colorful play-by-play during the 2010 ITF International Beach Tennis Championship in Long Beach on Sept. 4 and 5, which drew more than 1,500 spectators and illustrated the popularity of the growing sport.

The best beach tennis players in the world competed for $10,000 in cash and prizes, and more than 100 teams participated. Men's and Women's Pro, Amateur and Junior competitors included players from throughout the U.S. and around the world including Italy, Brazil, Greece and Aruba. The event was co-produced by BTUSA and Vision Italia.

Although Hurricane Earl threatened to cancel the tournament last Friday, organizers said that its impact was minimal.

"Earl did not impact us as much as we thought it would," said Beach Tennis USA Commissioner Marc Altheim. "The city of Long Beach is ideal for this sport because it's a beach city. This year's event was great and it's a sport that's on the cusp of exploding."

Winners of the 2010 ITF International Beach Tennis Championship Pro Divisions were Joana Cortez from Brazil and Simona Bonnadonna of Italy in the women’s division and Alex Mingozzi and Matteo Marighela of Italy in the men's.

The tournament also marked the one-year anniversary of BTUSA’s introduction of the paddle. BTUSA made the switch to paddles earlier this year to facilitate unification of the many international Beach Tennis associations throughout Europe, South America and Asia. This event was the first Beach Tennis tournament in America sanctioned by the International Tennis Federation, the world governing body of tennis, Altheim said.

"That's the future of beach tennis because we want it to appeal across the board," Altheim said.