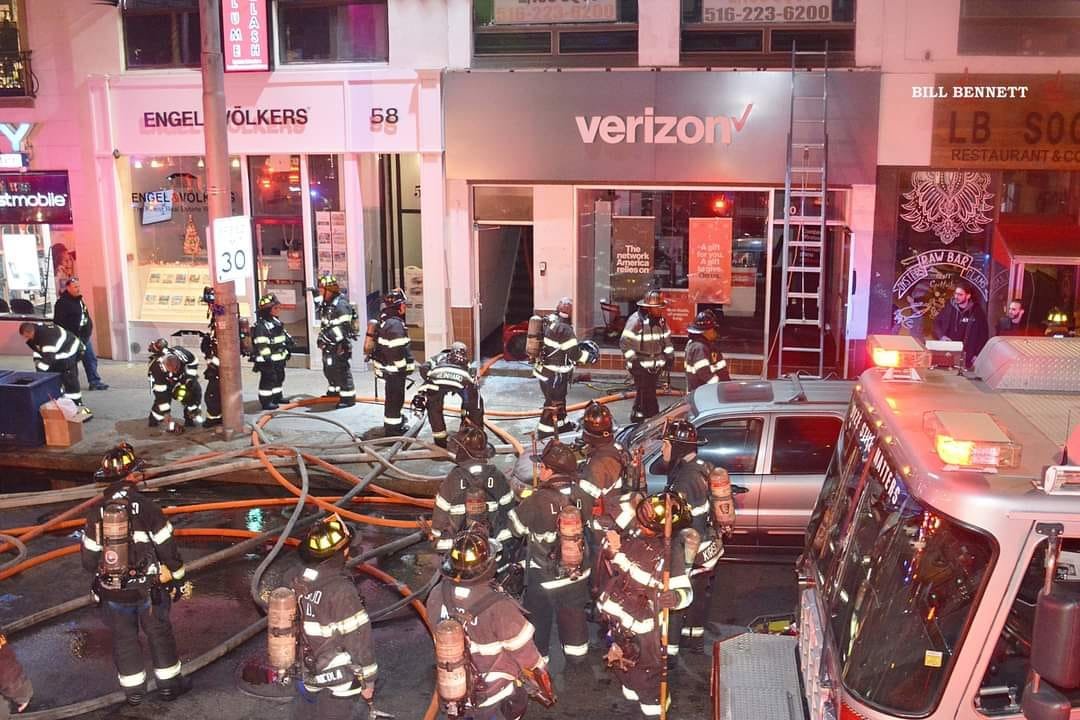 A small fire started in the central business district of Long Beach Monday night. No injuries were reported, although there were slight damages.

The fire started in the Verizon store, at 60 West Park Ave. The smoke alarm for LB Social, the restaurant next to the store went off from the smoke. LB Social and the Verizon store were both closed at the time.

The fire “had started from a lithium-ion battery, like from a charger,” said Joseph Miller, commissioner of the fire department. “It had set the desk and some of the wall on fire. We were able to get there before it went too far but there was some smoke and water damage.”

It is believed that the battery or charger may have been left plugged in, but nothing has been proven.