A new chapter in bringing joy to kids battling cancer 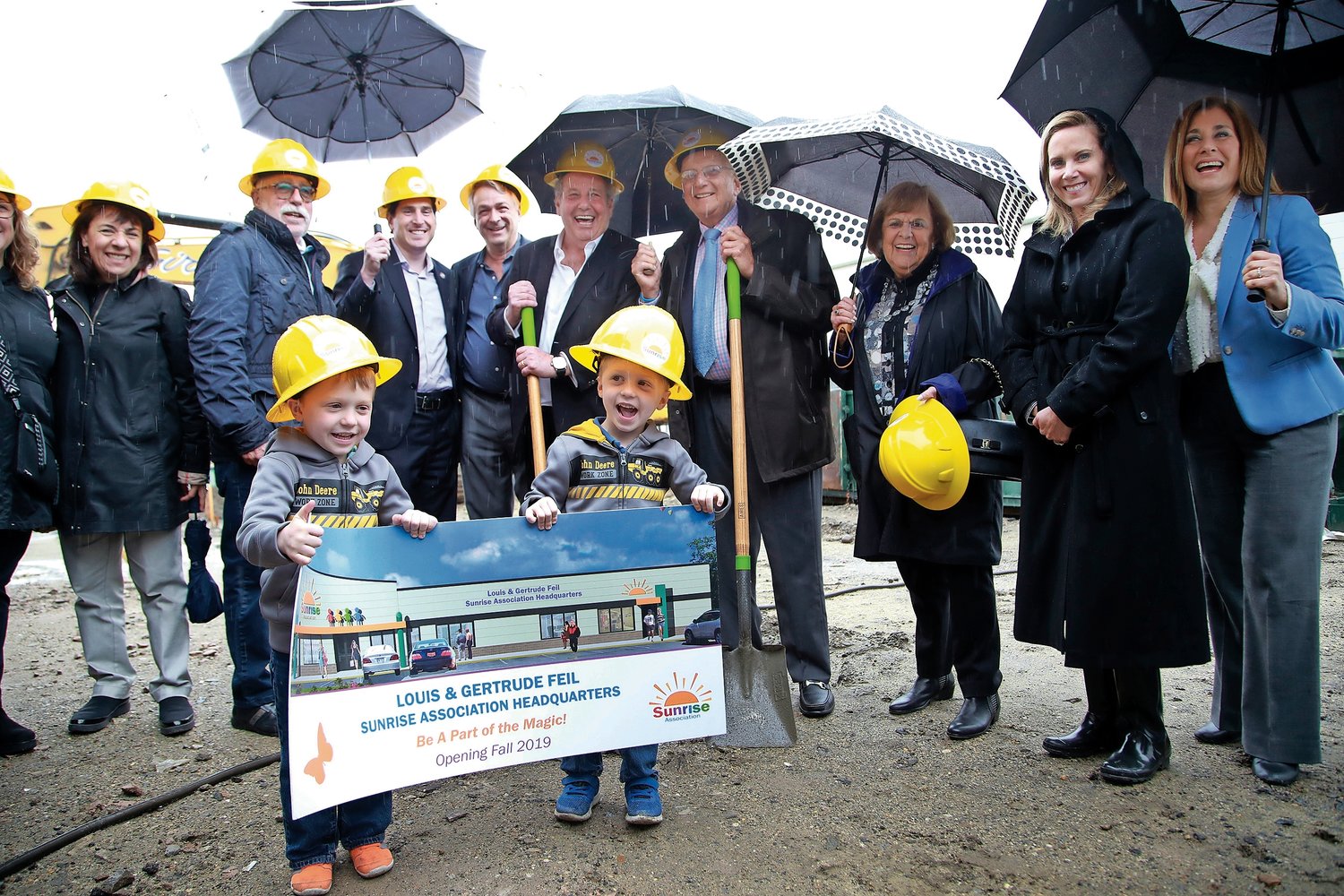 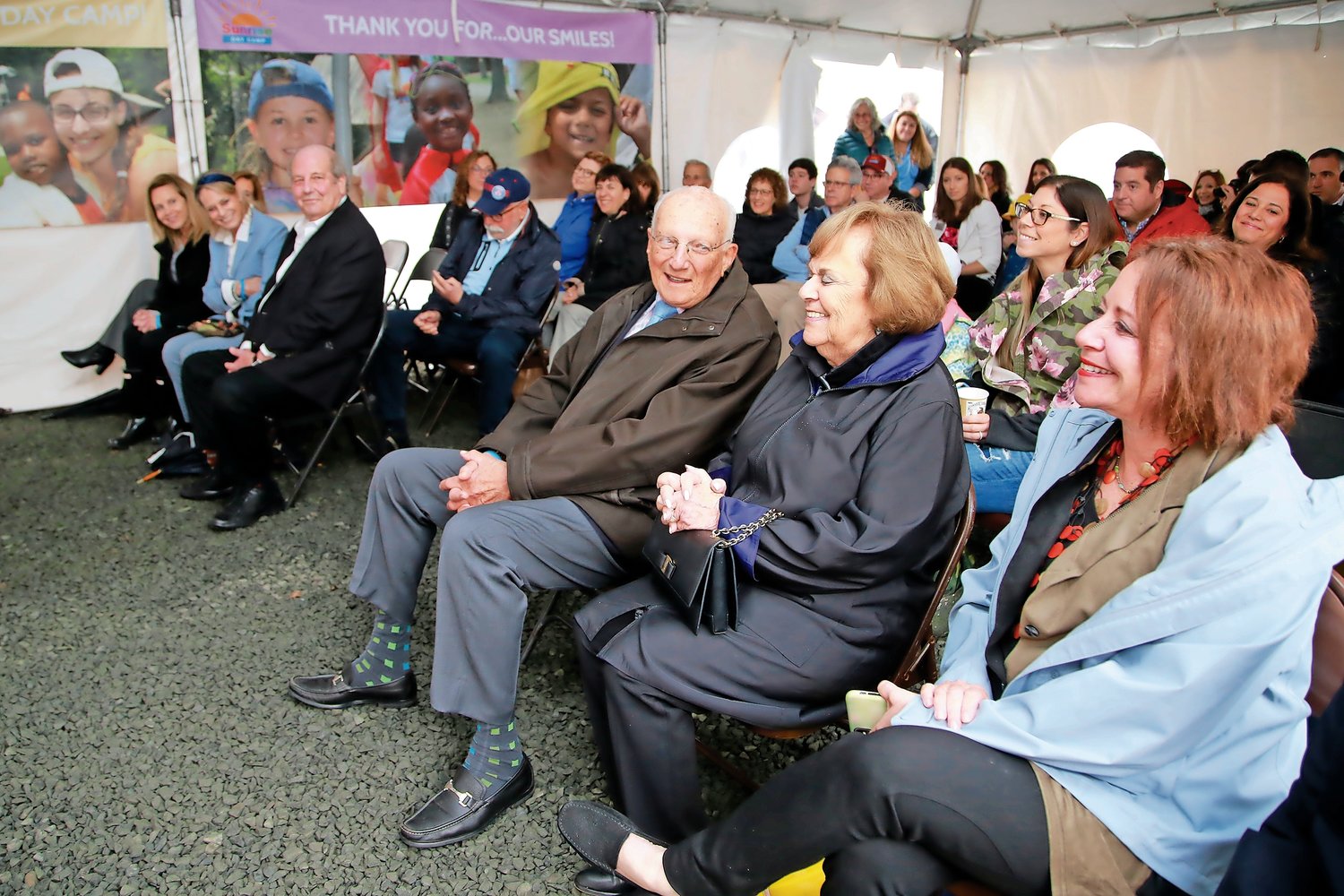 George Ross, a vice chairman of Sunrise’s board of directors and a donor to the organization, attended the event with his family.
Sue Grieco/Herald 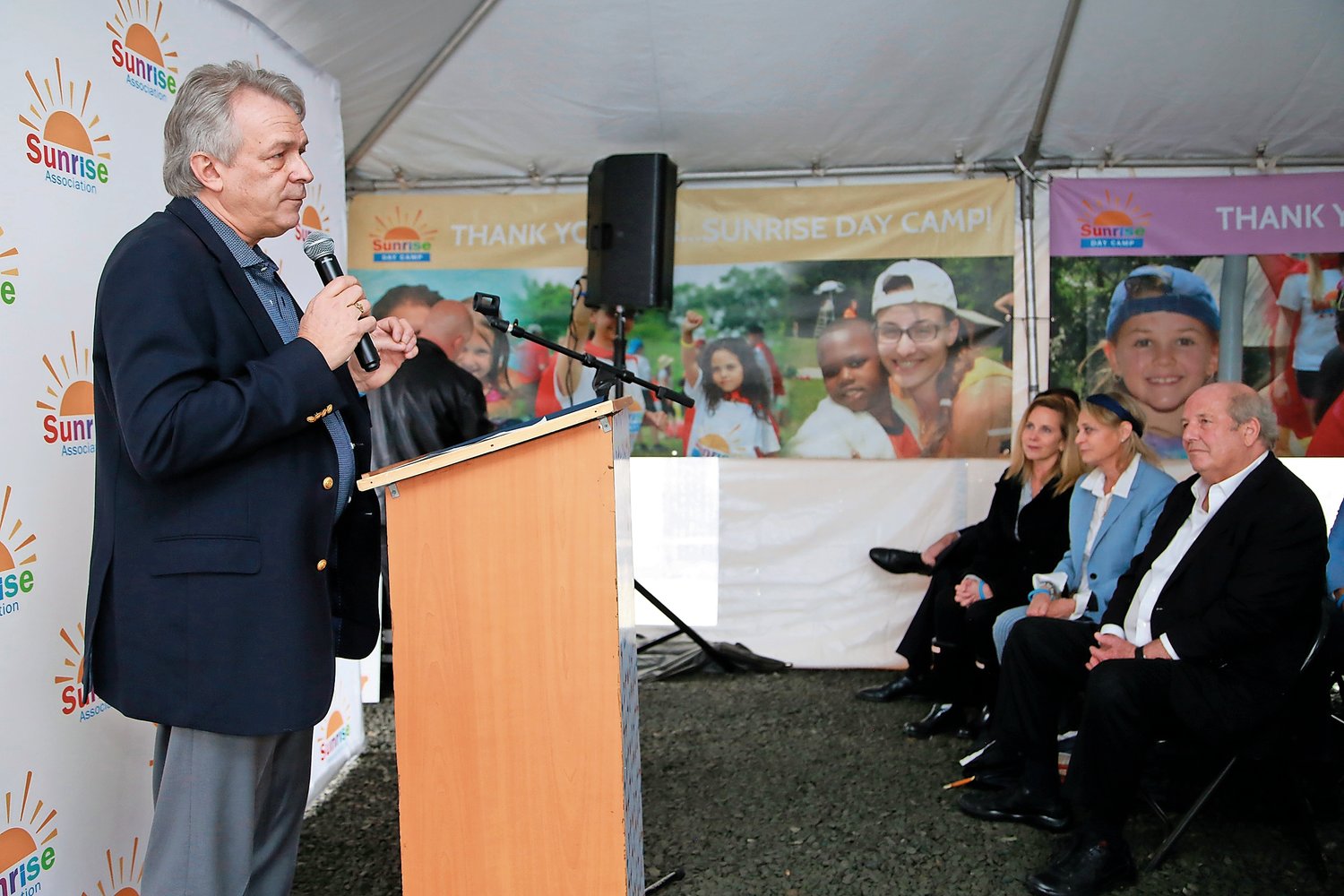 Arnie Preminger, the Sunrise Association’s founder, president and CEO, welcomed attendees to the groundbreaking of its headquarters.
Sue Grieco/Herald
Previous Next
By Briana Bonfiglio

The Sunrise Association broke ground on its new, international headquarters on May 5, next door to where it began enhancing the lives of children with cancer and their families in Oceanside.

In 13 years, the organization has grown from one camp with about 30 children to five camps in the United States and three in Israel, serving thousands. Meanwhile, its administration has continued working out of the Friedberg JCC, at 15 Neil Court in Oceanside. The new facility, adjacent to the JCC, will allow space for the local Sunrise staff of roughly 30 to “fit with each other, dream with each other, be creative and be thoughtful,” Preminger said. He noted that both the Sunrise Association and the JCC are “bursting at the seams” and need room for their staffs to collaborate and grow.

“The Sunrise Association was born in Oceanside, and we’re glad to be staying here,” he added. “We’re an international organization at this point, and to maintain it here, at our roots, is a source of great pride for us. We have to raise every dollar, and we’ve gotten support from all over the country. I hope the local folks will share that pride and support our mission.”

Currently, the building is an empty warehouse — at 11 Neil Court — that the JCC built in 2012. After Hurricane Sandy, the JCC sold it to the Sunrise Association, which will reconstruct and renovate the 18,000-square-foot facility by this fall.

George Ross, a vice chairman of the association board, has also made contributions to the organization. “Sunrise has grown dramatically,” he said. “We’ll now be able to show other cities and municipalities how this works and create a situation in which other communities can assist families with children with cancer.”

The Sunrise Association’s camps are located on Long Island and Staten Island as well as in Pearl River, Baltimore, Atlanta and Israel. When out-of-state staff visit New York, the new headquarters will be their go-to office, Preminger said. The space will also allow Sunrise to create more camps around the world, acting as “home base” for its fundraising, training and outreach initiatives.

“Our goal is to keep building camps and expand to hospitals to help more and more children with cancer,” Preminger said. “We don’t charge for anything, and this gives us a place to base our fundraising efforts.”

In addition to camps, Sunrise offers Sunrise on Wheels, which brings fun camp activities to 19 hospitals worldwide. Ross noted that Sunrise’s work requires a “tremendous amount of technical expertise,” such as meeting health and counselor training standards. The new building will have the technology and space to support that.

“We have that blueprint,” Ross said. “With the new building, we’ll have the space to make it available to any city or state or country that’s interested in alleviating the anguish that comes with having a child with cancer.”

The Sunrise Association will hold its annual SunriseWALKS fundraising event on June 2 at its campgrounds in Wheatley Heights, on Long Island. To learn more, visit sunrise-walks.org.