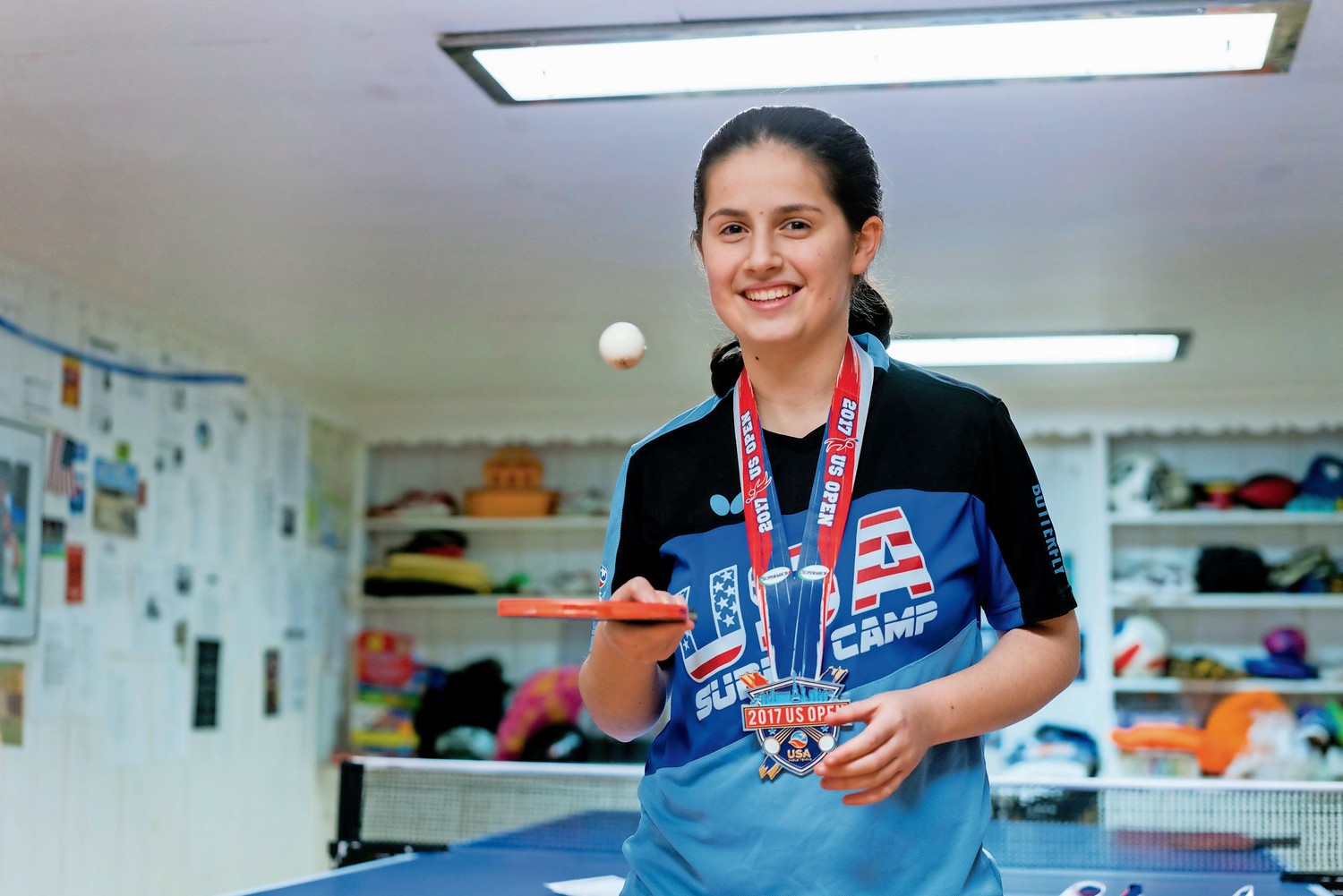 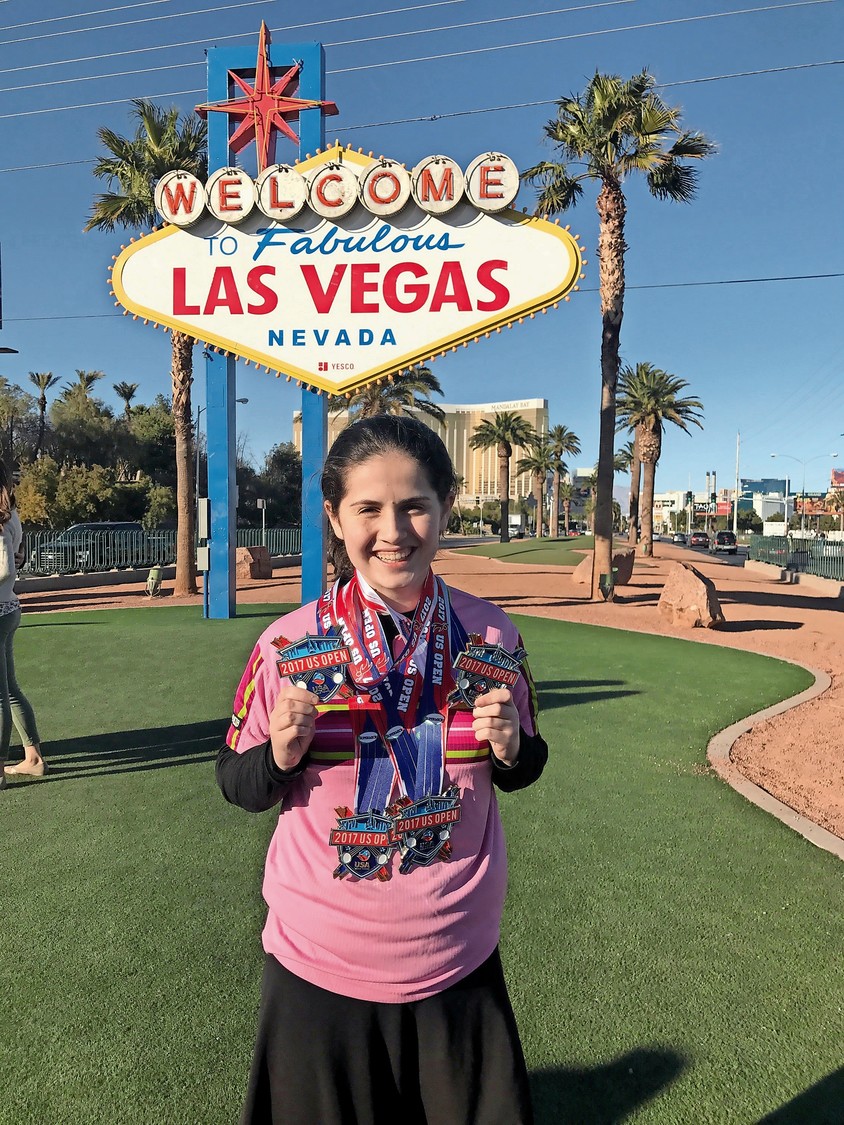 West Hempstead teen Estee Ackerman was only 7 when she first picked up a table-tennis paddle. She played the game with her older brother Akiva in the basement of her home. Now 16, Estee is competing against some of the top players in the country, and she has her sights set on qualifying for the 2020 Summer Olympic Games in Tokyo.

“I don’t think that when I was 7, I ever imagined I would become a person that would try out for the Olympics,” she said. “I’m very proud of myself and very thankful to my parents and to my community for supporting me and allowing me to enjoy what I do.”

The U.S. has never medaled in the sport in Olympic history, but Ackerman said she hopes to change that. “I know that making it to the Olympics would be a dream come true,” she said, “but that does come with a lot of hard work, time, dedication and definitely effort.”

Ackerman made her first Olympic run in 2016, when she tried out for the Summer Olympics in Rio de Janeiro. At 14, she was one of 16 female athletes vying to represent the United States. Competing against former Olympians, she came up short in the qualifying rounds.

“I wasn’t disappointed, because I felt more than happy being at the Olympic trials as a 14-year-old,” Ackerman said. “I know that I’m nowhere near where I want to be, but I just try to really enjoy these moments and just be thankful of where I am.”

Later that summer, she competed in the Amateur Athletic Union Junior Olympics in Houston, winning gold medals in 16-and-under singles and 16-and-under doubles.

Her father, Glenn — who played table tennis for 40 years — introduced his children to table tennis as an alternative to being consumed by electronics and to keep them active. “I figured that this would be a nice sport to enhance her mind and engage her hand-eye coordination,” he said. “Little did I know that her improvement through her training and the help of her coaches would lead us where we are today.”

In December, Ackerman entered the U.S. Open Table Tennis Championship in Las Vegas. Competing in nine events, she won four gold medals and one silver. A junior at Yeshiva University High School for Girls in Queens, she said it has not always been easy balancing her life between academics and athletics.

“Sometimes I do homework on my drive back home from school,” she said, “and sometimes I have to miss birthday parties or social hangouts to train and compete in tournaments. I’m so thankful for the support from my family and my teachers.”

Ackerman trains three to five days a week after school, working on what her mother, Chanie, calls a “killer” serve, a shot that even adults are unable to return.

“People ask me how she does it, but even I don’t know how to describe it,” Chanie said. “I give her so much credit that she’s able to balance everything in her life. People who call me say I should take all of the credit, but I give it all to her.”

While helping the United States win its first gold medal in table tennis is her main goal, Ackerman said she also hopes to boost the sport’s popularity. She visits schools to play friendly games against children, sharing her love of table tennis.

“Whether it’s helping to get it into more public schools, Jewish schools or nursing homes for senior citizens, this is a unique sport where anyone can play,” she said. “This sport made me realize that people have a lot of skills in life, but they just have to put some hard work into it. My real value is to inspire and motivate other children that if they have a passion for a sport, or anything else in life, my message to them is yes, you can do it.”

Glenn added that even if Estee doesn’t achieve her goal, his family will cheer on the U.S. team in its pursuit of history. “We hope we might have played some minuscule part in seeing that this is done,” he said, “because that would bring us a lot of happiness.”

The dates for the qualifying rounds for the 2020 Olympics have not been announced, Glenn said, but he is expecting the competition to take place in February 2020.