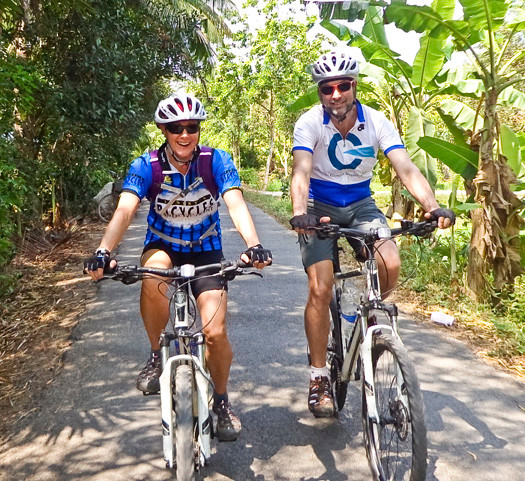 Triathlete Jenn Sommermann survived Stage III ovarian cancer and went on to raise more than $107,000 through her 50 Triathlons in 50 States to Raise $100,000 for Ovarian Cancer Research campaign.To celebrate the successful completion of the campaign, Sommermann and her husband, Don Harris, trekked 600 miles by bicycle across Vietnam and Cambodia in March.
Courtesy Jenn Sommermann 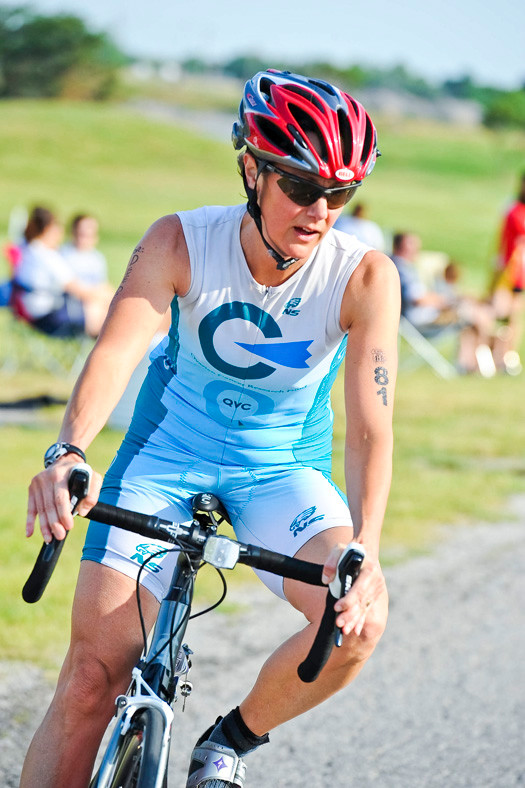 Sommerman on her way to raising more than $100,000 for cancer research.
Courtesy Jenn Sommermann
Previous Next
By Scott Brinton

The sting seemed innocuous. A bee nipped Jenn Sommermann in the leg as she entered the water at the River Cities Triathlon, contested around the Cypress Black Bayou, near Shreveport, La., in August 2011.

The resulting pinprick, however, allowed mycobacteria in the water to penetrate her skin, which led to swamp rot, otherwise known as jungle rot, an unnerving skin infection common in tropical climes that causes lesions and abrasions to spread rapidly. If untreated, they can multiply throughout the body, even into the bones.

Treatable with penicillin and antibiotics, however, the illness paled in comparison to the ravenous disease that Sommermann had already endured.

Sommermann is a survivor in the strongest sense of the word. In 2006, at age 42, the now 50-year-old was diagnosed with Stage III ovarian cancer. Doctors gave her an 8 percent chance of survival, Sommermann recalled of her diagnosis, which came on a cold December day.

She didn’t despair, however. “I thought, Somebody’s got to make up the … 8 percent. Why shouldn’t it be me?” she said.

Sommermann beat the disease, and has been cancer-free since the summer of 2007. She went on to compete in the U.S. Women’s Triathlon Series in 2008, and completed a triathlon in every state, including the River Cities Triathlon, from 2009 to 2013, raising more than $107,000 in pledges for the Ovarian Cancer Research Fund through her 50-50-100 campaign (50 Triathlons in 50 States to Raise $100,000). She financed her trips, which cost on average $15,000 a year, through numerous odd jobs. She had started competing in triathlons at age 40, only two years before she got sick.

Refusing to give up
After her cancer was diagnosed, “I didn’t fall apart. I didn’t cry. We got busy,” said Sommermann, a massage therapist and triathloning blogger who chronicled her 50-50-100 campaign online with text, photographs and videos.