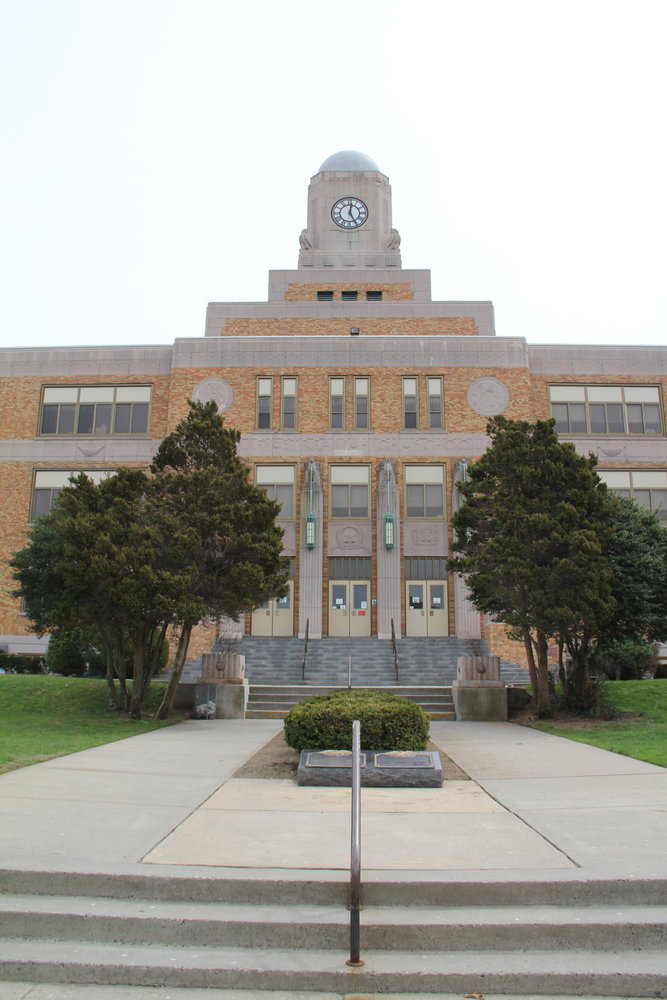 Valley Stream high schools are under lock out protocols in response to shooting threats.
Herald file photo
By Juan Lasso

The Valley Stream School District remains on high alert today after shooting threats were made to North High and Memorial Junior High School, according to district officials. Nassau County police searched the grounds of the two schools on Sunday but officials later found no threats. The search came after another “disturbing, anonymous” threat was posted on social media which resulted in the cancellation of Central High’s Homecoming festivities.
According to a statement by the district issued to parents, “in an abundance of precaution” all of the schools today are operating under lockout protocols, “which include increased security measures and permitting only students and district personnel in our buildings,” as well as an increased Nassau police presence in all four schools.
"We are working closely with law enforcement to determine who is responsible for these threats, and to determine what, if any, additional security measures the district might take," said Superintendent Wayne R. Loper in a statement. "The safety and security of our students, staff and all who visit our schools is our first priority and we will take whatever measures are necessary to ensure all in our community feel safe in our schools."
The investigation of the threat by Nassau police remains ongoing.