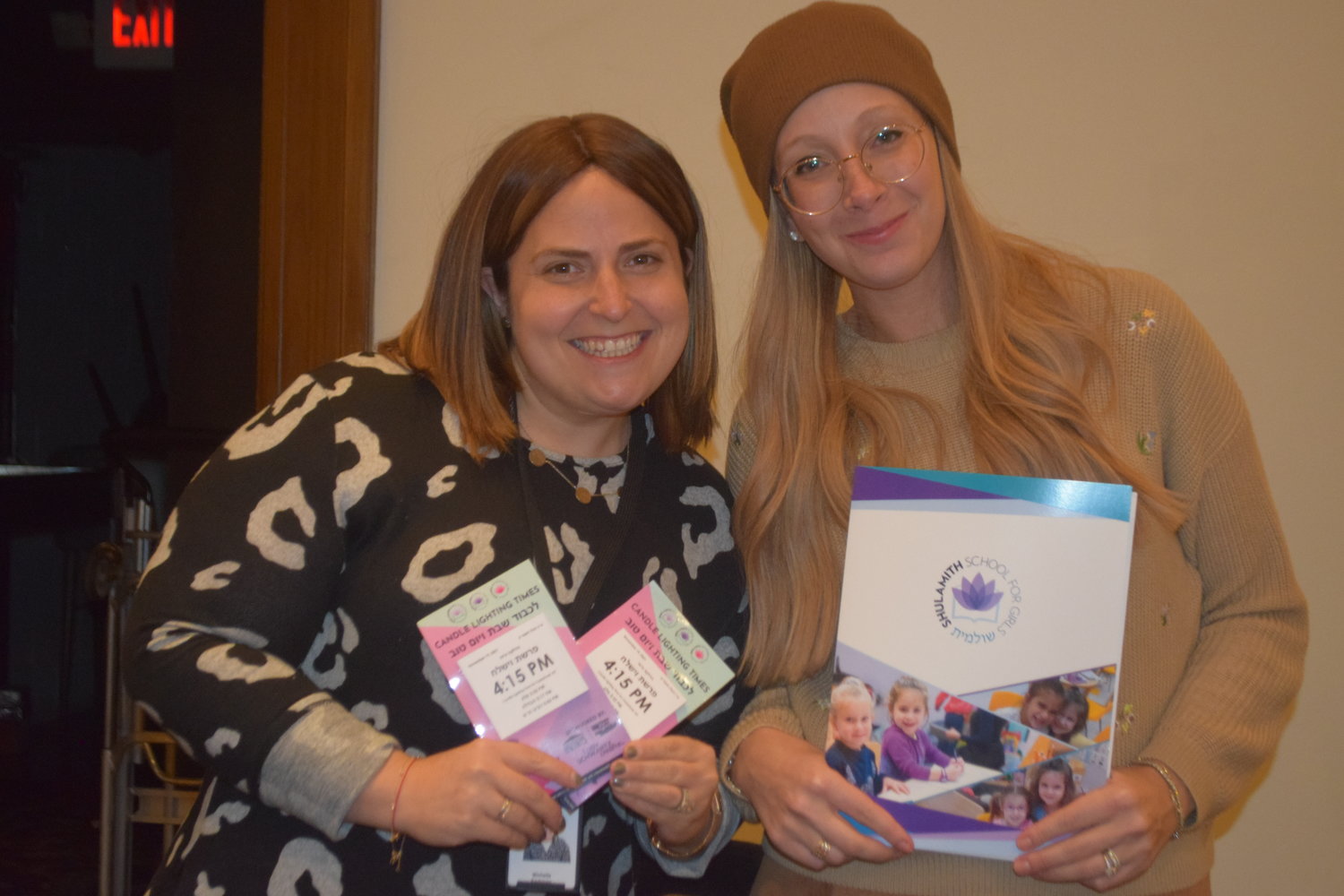 Seven area private Jewish schools elementary schools, including a few that have upper levels, took part in the Marion and Aaron Gural JCC’s first-ever Elementary School Fair on the Harrison-Kerr Family Campus in Lawrence on Nov. 18.

In the upstairs ballroom of Temple Israel of Lawrence, the schools: Cahal, Hebrew Academy of the Five Towns and Rockaway, Hebrew Academy of Long Beach, IVDU Long Island Elementary School, Shulamith School, The Brandeis School and Yeshiva of South Shore, spread out over tables decorated with school banners and promotional materials during the two-hour fair.

“We really wanted to provide an opportunity for families in the community to come together and learn about Jewish educational opportunities,” said Lisa Stein, the Gural JCC’s chief operating officer. “We felt like we were the perfect organization to be the host for that type of event.”

Cahal, in Cedarhurst, “is a yeshiva-based program of self-contained classes for children with learning differences from kindergarten through high school,” according to its website.

HAFTR is a co-educational Modern Jewish Orthodox yeshiva that has an early childhood center, an elementary school, a middle school and a high school.

“I think that we want families to know who we are, our educational philosophy and the incredible professional team that we have at HAFTR, who is ready to curate an individual education program for every single student in which they are challenged, supported and positioned to realize their potential,” said Josh Gold, the middle school principal. HAFTR has two campuses: one in Lawrence and the high school in Cedarhurst.

We promote academic excellence and achievement in both Judaic studies and general studies,” Gold said, adding that it is “a very warm environment,” and positions students to be on “the cutting edge of STEM” (science, technology, engineering and math), to realize their overall potential.

HALB’s elementary school is in Woodmere, the former Number Six School, which also includes its middle school. Under the HALB banner there is also Lev Chana, the early childhood center, David Renov Stahler Yeshiva High School for Boys and Stella K. Abraham High School for Girls. DRS is also in Woodmere and Lev Chana and SKA are in Hewlett Bay Park.

Being that this was the first such fair for the JCC; Stein said that beginning with the elementary level made sense.

“Because of our strong early childhood center and our families are already committed and trust us, we felt like giving them an opportunity we’ve endorsed going from us and to the next stage of education would make sense and would resonant with people,” she said.

The Brandeis School in Lawrence and Yeshiva of South Shore in Hewlett, both start at the lowers levels and go through eighth grade. Brandeis is a Modern Orthodox school that welcomes everyone and YOSS is an all-boys Jewish American Orthodox school.

IVDU Schools, located in Brooklyn and Valley Stream, offer students 5 to 21 with special needs a comprehensive and nurturing educational environment, along with the core Judaic and general studies academics and the social and life skills needed by students.

Stein said the hope is that the parents would have what she called “positive interactions,” with the schools in attendance.

“We’re proud to be the communal agency, so we hope there is positive meetings between families and individual schools that they learn something new, and we hope thy learn what the JCC provides and get a better sense of opportunities that the JCC could provide to families,” she said.