Developer files lawsuit against the Town of Hempstead 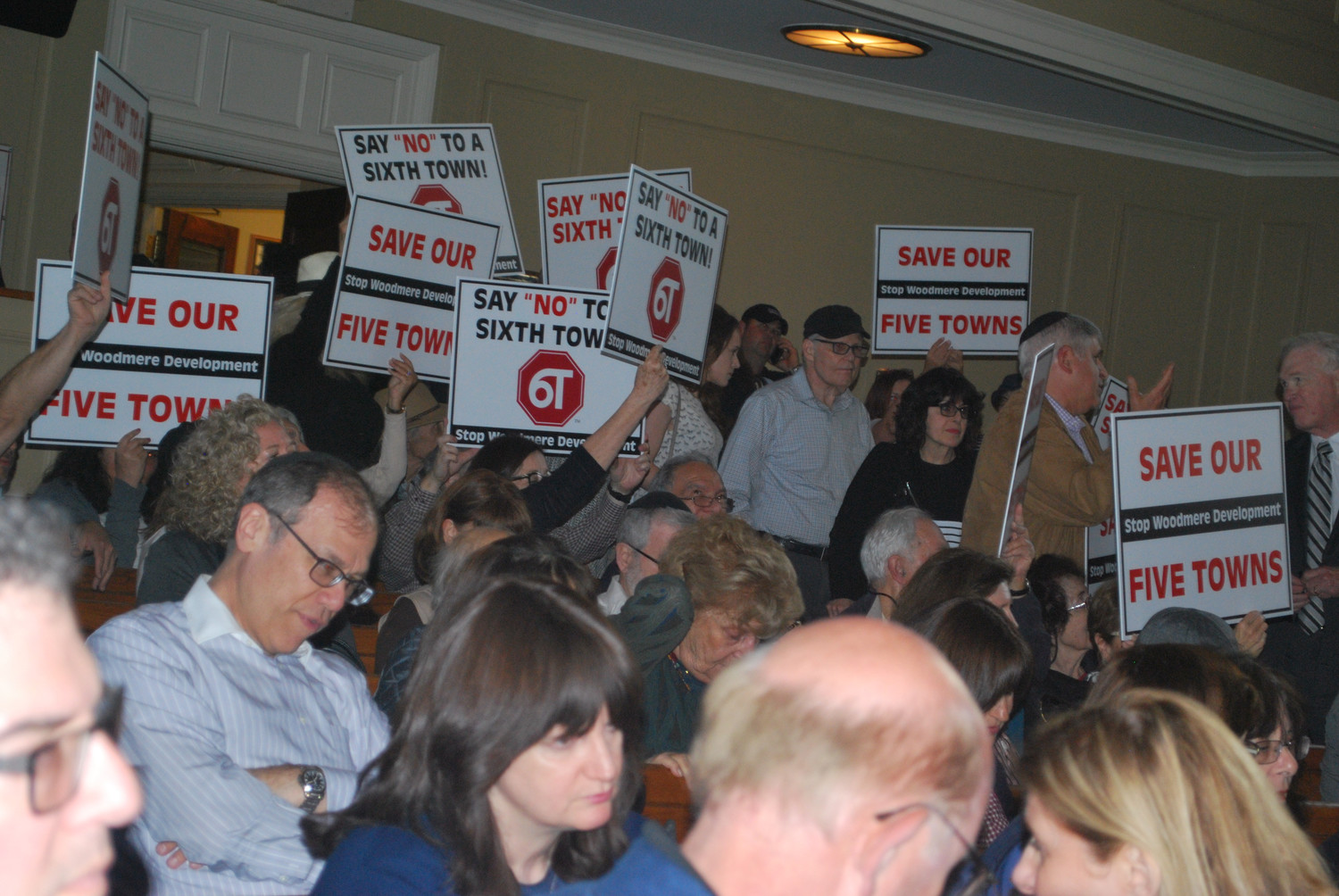 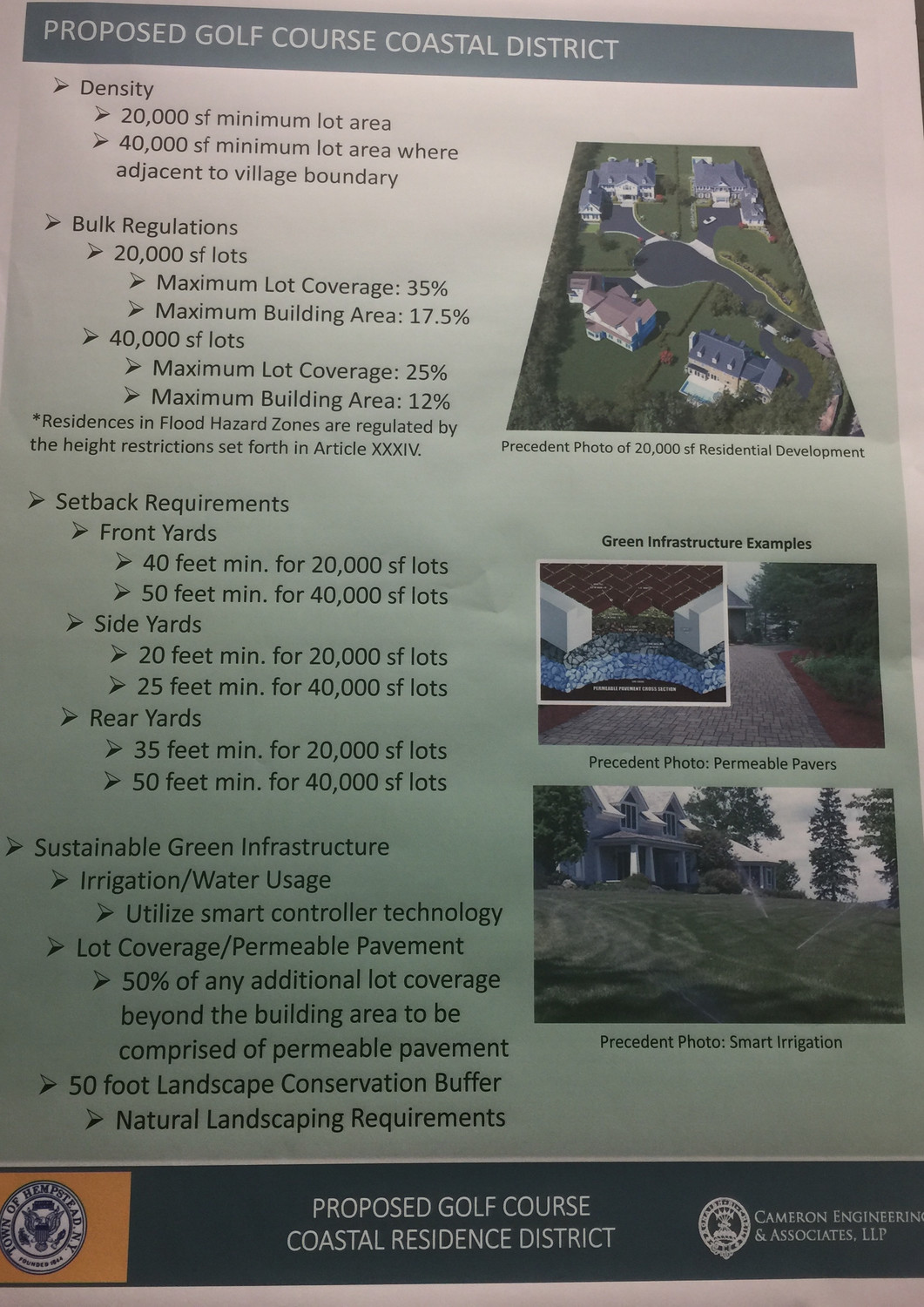 Hempstead Town Councilman Bruce Blakeman made a prescient comment at a community meeting at Lawrence Woodmere Academy on Monday, saying that the developers who now own the Woodmere Club are known for being litigious.

On Tuesday, town officials said that Efrem Gerszberg, of 2020 Acquisitions, one of two owners of the 110-year-old club, had filed a lawsuit against the town for its continuation of a building moratorium and its proposal of a Golf Course Coastal Residence Overlay District.

The club was sold last year to Weiss Properties and 2020 Acquisitions. Their plan, according to representatives of the companies, is to keep the club open for the next four years, pay down its debt and begin developing the property in 2022.

"We are disappointed that the Town of Hempstead continues to pursue a flawed
and illegal process, with the passing of yet another moratorium, Efrem Gerszberg, a principal of 2020 Acquistions. "This moratorium, extending almost two years, has passed the point of being legal and we are therefore forced to file a lawsuit against the town in the coming days.

"If the town refuses to meet with us, the constitutionally protected land
owners, our lawsuit may be the beginning of protracted and expensive
litigation for the residents of Hempstead. Once again, we appeal to
Supervisor [Laura] Gillen to move forward in a process that is fair and legal."

Officials said that the building moratorium on privately owned golf courses in the town, which was enacted in November 2016, most likely could not legally be extended again after a 180-day extension was granted at Tuesday’s board meeting, and that motivated them to create the overlay district.

At Monday’s community meeting, Town Supervisor Laura Gillen, Blakeman and Councilman Anthony D’Esposito, along with representatives of Cameron Engineering, spoke on development options and the reasons for rejecting those options, and the basis for creating the proposed overlay district on 118 acres of land, according to a survey by Cameron.

Blakeman said that the developers could build at least 240 homes on the town-allowed 60 x 100-foot lot size that is typical of many houses in the immediate area of the club.

“It is absolutely essential that we extend this moratorium in order to allow residents to weigh in on the [Cameron] engineer’s report,” Blakeman said in a statement on Tuesday.

“We will do everything in our power and consider all available options to ensure that the integrity of our local communities remains intact,” D’Esposito said in the same media release.

Attempting to defuse the rumor mill on social media or by word of mouth, Blakeman said, “The town realized we had to do something, and we investigated legal options.”

Creating a regional park or a municipal golf course was considered, then dismissed, because a park would most likely create more traffic volume than a potential residential development — and because the popularity of golf courses, Blakeman added, is declining, especially in the Five Towns. Both options would involve the town buying the land, and the cost, officials said, would be prohibitive.

With information collected by Cameron and other town departments, the overlay district was created to include more restrictions on building on land that Blakeman described as “environmentally sensitive,” noting the wildlife, vegetation and flooding issues. The Inwood Country Club and the Golf Club at Middle Bay, in Oceanside, are included in the proposed district. If the Town Board approves it, building on these properties would be restricted.

Hessel Hall, on the campus of Lawrence Woodmere Academy, was filled to its 400-person capacity on Monday by Five Towns residents, mainly from Cedarhurst, Lawrence, Woodmere and Woodsburgh, the communities potentially most affected by what could happen at the Woodmere Club in roughly four years.

“It was being done without transparency,” 40-year Woodmere resident Peter Stein said of the creation of the overlay district after the presentation. “They were going to vote on this on May 8, and the community didn’t have the opportunity to speak.”

Other community members agreed. “We don’t want the value of our houses to go down,” said Cedarhurst resident Michael Gross, whose home abuts the golf course. “The commissioned study’s parameters were too restrictive. The community may have other ideas.”

Mario Alex Joseph, president of the Five Towns Civic Association, was one of a few attendees who exchanged shouts of disagreement with Blakeman. Joseph said he also thought the district plan was rushed so it could be voted on at Tuesday’s meeting. “This wasn’t educational, it was an indoctrination,” said Joseph, who lives in Woodsburgh, adding that the town was preparing them for potential land development.

D’Esposito reiterated to several residents that “no developer has come to us with a plan,” that he believed the town had been “fully transparent,” and that board members had expected the Cameron report more than two weeks ago. “We will take it off the calendar, and a hearing will be postponed indefinitely,” he said, noting that another community meeting could be held soon.

To view the entire Cameron Engineering report, go to https://toh.li/proposed-golf-course-coastal-residence-district.

Have an opinion about possible development at the Woodmere Club? Send your letter to the editor to jbessen@liherald.com.