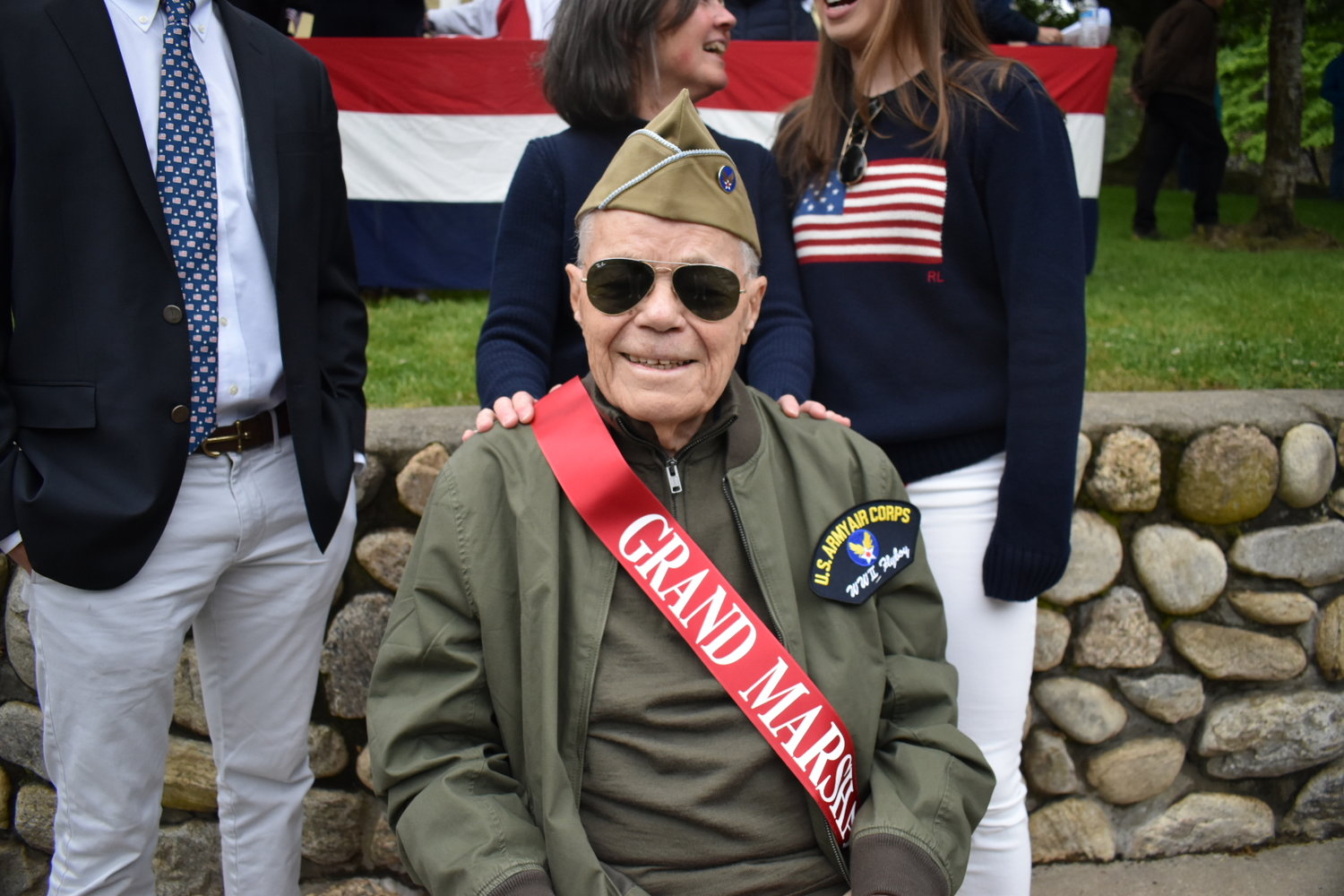 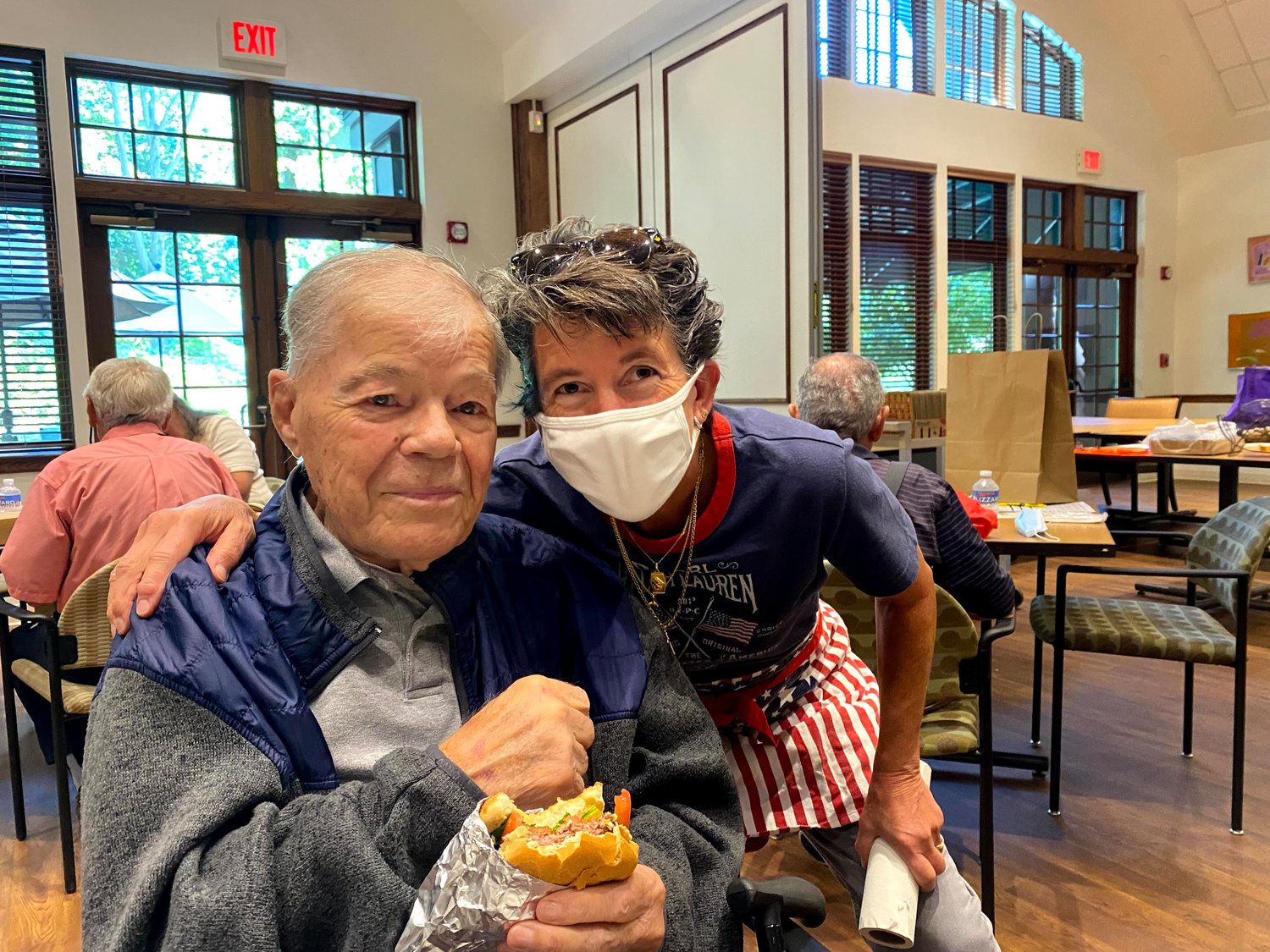 Previous Next
By Steven Keehner

Nicholas Rossi was born on Sept. 3, 1922, to Italian immigrants, John and Maria Rossi. A star athlete at Oyster Bay High School, when he graduated  in 1940 he received four varsity letters in football, track, baseball and basketball. After graduation he enlisted, serving in the Army Air Corps. Rossi fought in World War II for three years, followed by four more years in Belgium working for the United States government to find missing soldiers.

In the Army Air Corps, he served as a technical sergeant from December 1942 to March 1945 with his flight crew in England. He took part in several missions as a B-17 gunner and was seated behind the pilot and co-pilot as he managed fuel and any mechanical issues that would arise.

After being discharged from the army, he stayed in Liege, Belgium for several years to assist the American Graves Registration Command in locating and identifying unrecovered deceased military personnel.

Life after the war

Rossi returned to the United States in 1949 and enrolled at Hofstra University under the GI Bill, where he earned his master’s degree in industrial engineering.

He worked at the Long Island Lighting Company for a short time before pursuing a career in the furniture industry. For the next four decades, he worked in Manhattan, rising through the ranks of Kroehler Manufacturing Company, Thomasville Furniture and Lexington Furniture industries, where he became a regional sales manager.

He had a long and prosperous career as a manufacturer’s representative, and many recognized his natural business ability.

In the early years of his professional career, he met his future wife, Elizabeth Braun, while commuting on the Long Island Rail Road. They married in 1956 and raised five children in Mill Neck in a house he built himself.

As a member of the Knights of Columbus, the Oyster Bay Italian-American Citizens Club and the Brookville Country Club, he remained engaged in his community.

“My father was very charismatic — a total people person,” said Christine Rossi of Greenwich, Connecticut, Rossi’s oldest daughter. “He loved being around people, asking questions, learning about them, and engaging in conversation. That’s what made him great.”

Rossi discovered golf later in life and won the golf club championship for his flight in the senior division several times. This passion was only rivaled by his lifelong love of gardening, which he inherited from his father, a landscaper.

Yet, an even stronger love for his family overshadowed everything else, as shown by his attendance at his children’s games, family dinners and weekend family activities.

He passed on his green thumb to his children, which Caren Rossi, regarded as one of his defining qualities.

“It was great to grow up that way and watch him produce vegetables, flowers and work with the earth,” she said. “We learned a lot from him in terms of work ethic and responsibility, and the simple pleasures of gardening and nature.”

After his wife died in 2018, Rossi moved to Westport with his son, Paul and  daughter-in-law Marguerite. He became an active member of the community through his involvement with the Westport Center for Senior Activities and St. Luke’s Church.

During this time, Rossi was named grand marshal of the Westport Memorial Day Parade in 2021, which he told his family was the best day of his life.

Susan Pfister, director of the Westport Center, said it was Rossi’s family that provided him with a pleasant and serene life.

“It was very sad,” Pfister said of Rossi’s death, “but 99 years is a long time. If his family had not devoted the past three years to him, he wouldn’t have been as active both physically and mentally for as long as he was.”

Rossi, according to Pfister, didn’t just accept his new surroundings. He thrived in them, as he had in every other aspect of his life.

“Whether it was entertainment or meals,” she said, “he always came with a big smile and was embraced by everyone.”

Whenever someone asked Rossi how he was, he always responded the same way — "Better now that I see you," Christine recalled.

It could be said that for Rossi, the people he encountered were more than just inspired by his life. They were better for it.

Rossi is survived by his children, Paul Rossi, Christine Rossi, Peter Rossi, Caren Rossi and Carla Rossi, as well as three grandchildren, Caroline, Charlotte and Nicholas, and his brother and sister, John Rossi and Rose Ortman.