Library flexes, adjusts, and carries on 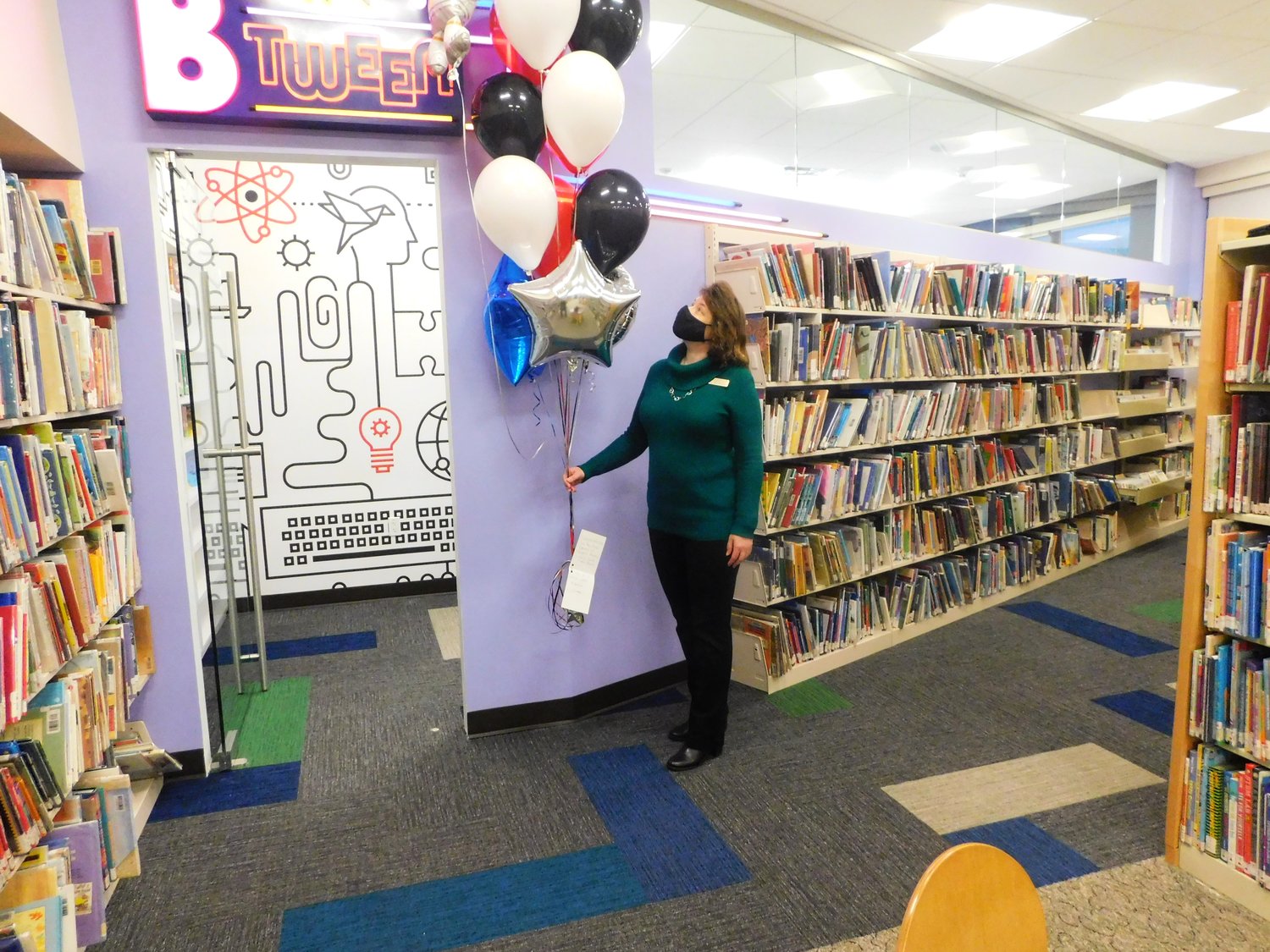 Freeport Memorial LIbrary Director Lee Ann Moltzen adjusted a bunch of celebratory balloons on Dec. 29 for Grand Opening Day of the Inn B Tween Room, one of the projects completed despite the pandemic. CREDIT: Reine Bethany/Herald
Reine Bethany/Herald 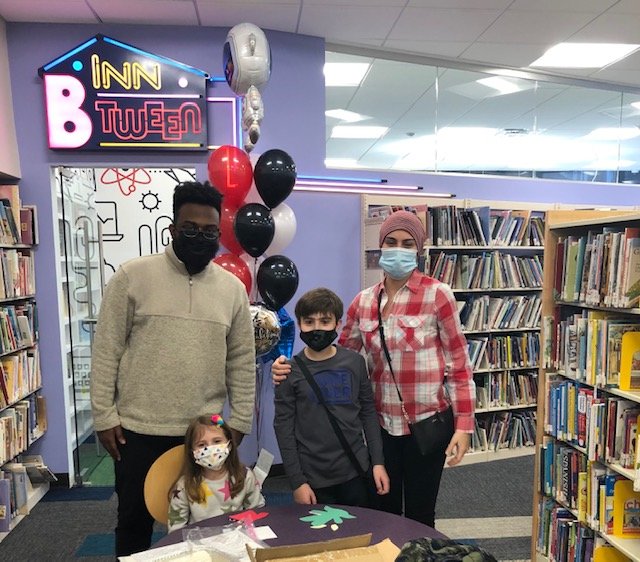 For Freeport Memorial Library Director Lee Ann Moltzen, the Covid-19 pandemic represented a challenge, not only to preserve programming, but to regain one of the primary identities inherent to any library: a community place to be. The spaciousness of the library building eased the pain of reopening.

“We’ve managed to stay open for the most part,” Moltzen said. “It was July 15, 2020, that we opened the building to the public and we were one of the first to not only open, but we had computers available – not a lot, we spaced them out – and we had seating. At other libraries you had to come in, get what you wanted, and go, but we did have some limited seating.”

The staff had returned to work only two weeks before, on July 1, 2020. For the four months prior, since the mid-March 2020 shutdowns, the library had jumped on the Zoom bandwagon, converting in-person meetings to virtual programs, and propelling the rapid development of electronic book borrowing. Then came the two weeks of taking out books via curbside pickup, followed by limiting building access to the parking lot doorway.

The library’s sense of progress had been thwarted, but some projects that had been set in motion before the pandemic finally got going.

“We got the automatic opener where you just have to wave your hand in front of the doors on Merrick Road,” said Moltzen. “We had applied for state construction aid before the pandemic, so it was perfect timing because you don’t have to touch the door either coming in or going out.”

Entering and exiting on both the north and south sides of the building felt luxurious during the scramble to sanitize everything the public might touch. Plastic still covers the keyboards of the computers, and sneeze guards have been installed, not only around the circulation desks, but recently, between computers, to enable more patrons to use them at a time.

One of the happiest projects completed despite the pandemic closures has been the Inn B Tween Room, which also received a boost from state construction aid. The room is geared particularly to children in fifth and sixth grades, with games, computers, books, reading nooks, and a multipurpose space for programs. It celebrated a grand opening on Dec. 29.

Unfortunately, the Omicron coronavirus variant was just rising to its height. Staffing shortages forced the library to shut down as of Monday, January 3. It will remain closed to the public at least through January 16, and then will decide week by week whether to reopen.

The electronic alternatives developed during the first months of shutdowns in 2020 come in handy at such moments.

“Sometimes it feels like you’re taking one step forward, two steps back,” Moltzen said. “We want to be able to stay open. We can pivot for a lot of programs from in-person or hybrid to virtual. Sometimes, when we hire someone for a performance, we say, if things turn around with Covid, are you able to do this virtually? That way, we can say at the last minute, okay, this will have to be virtual, but we can still offer the same program.”

Moltzen has seen some in-person programs fade nearly out of existence, regaining few patrons during the months of gradual reopening. Where possible, events like concerts are live-streamed in addition to allowing in-person attendance, as many people still hesitate to come to any gathering. Other programs, like yoga and Zumba, have thrived over the virtual platform. The newsletter has begun to be mailed in hard copy to Freeport households again, for which the recipients have expressed appreciation, and meanwhile the library website is a primary go-to for knowing that’s happening with programming.

“We’re still in the pandemic,” Moltzen said philosophically. “And some people maybe have found that virtual programming works better for them.”