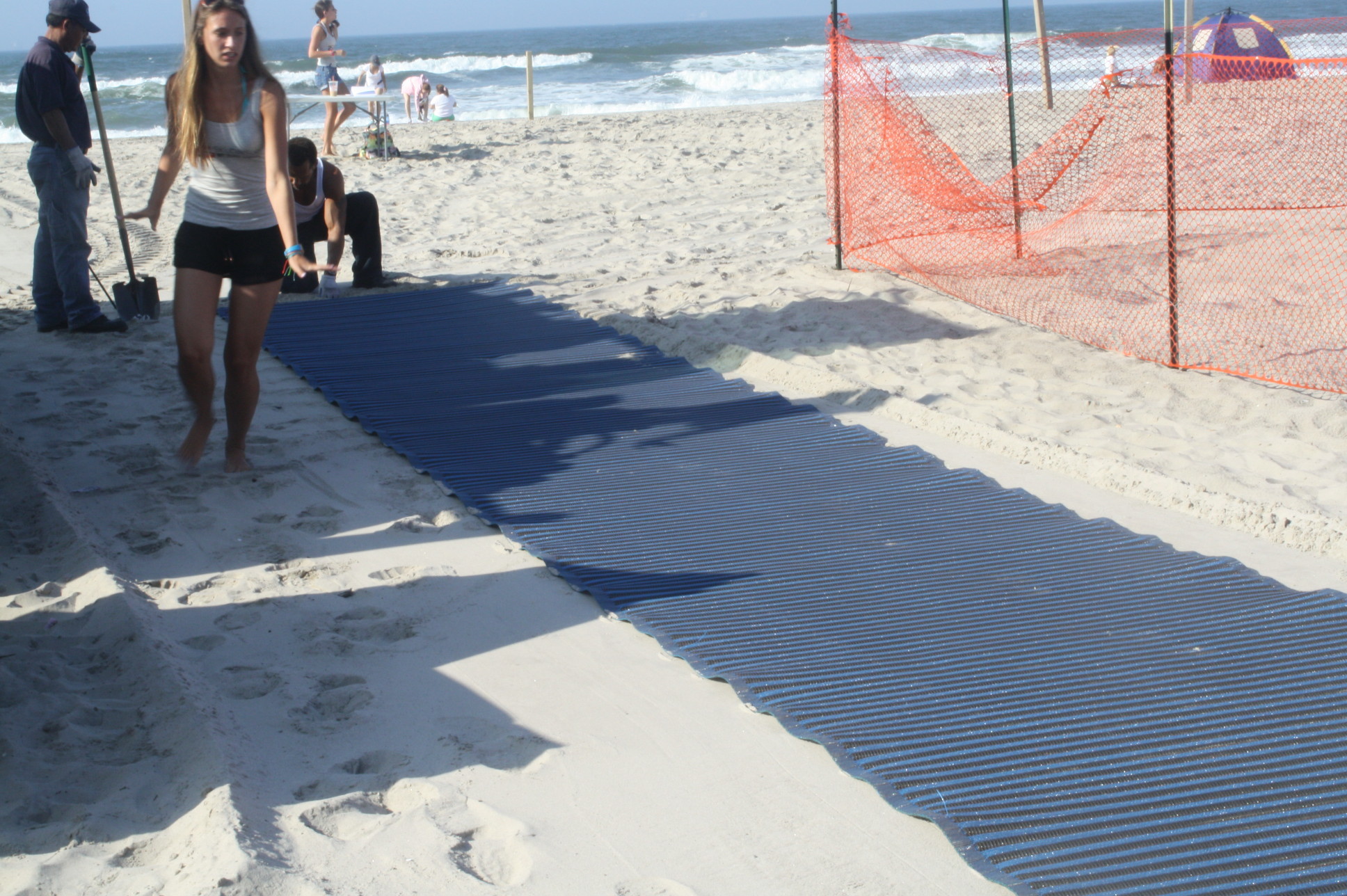 The mobility mats in years past, pictured, did not extend to the water, but the city is installing longer-extending mats at four beaches this summer.
Courtesy Liz Treston
By Ben Strack

After a number of residents urged the city to install mats on the barrier island’s beaches so that those with mobility issues can easily access Long Beach’s iconic shoreline, the city last week released a plan to do just that.

The move comes after a petition on Change.org, which called on City Manager Jack Schnirman and the City Council to address the accessibility issue, garnered more than 900 supporters in three weeks. Project 11561, a community group that created the petition, specifically sought mats on four East End and two West End beaches to make it easier for the disabled and elderly to traverse the sand.

“They want to experience the beach just like everybody else,” said Allison Kallelis, one of Project 11561’s committee members, adding that many disabled and elderly residents want to enjoy the area with their children and grandchildren. “It’s kind of sad if you think about it; they were sitting on the boardwalk looking down.”

The city, however, said that planning for the new mats began before the petition was created. The non-slip, roll-up mats to be installed, called Mobi-Mats, are specifically designed for people with disabilities, walkers, elderly visitors and parents with strollers, and are compliant with the Americans with Disabilities Act. The city will install mats in time for the summer season at Virginia Avenue, as well as Edwards, Long Beach and Neptune boulevards, which are locations that also include ADA bathrooms, Schnirman said.

The mats “will be extended to, or in the vicinity of, the surf line of the beach,” according to the city. In the past, mats did not extend as far, as the other option to access the beach was with all-terrain beach chairs, which are delivered by a lifeguard upon request. The special wheelchairs will be available once again this summer, and can be reserved in advance by calling lifeguard headquarters with the time and location of pick-up.

“I think everyone supports a diverse community and we need to make sure everyone has access to our beaches and our parks especially,” City Council Vice President Anthony Eramo said. “…The mats will allow a lot more folks access to our beach and we hope we can expand it further.”