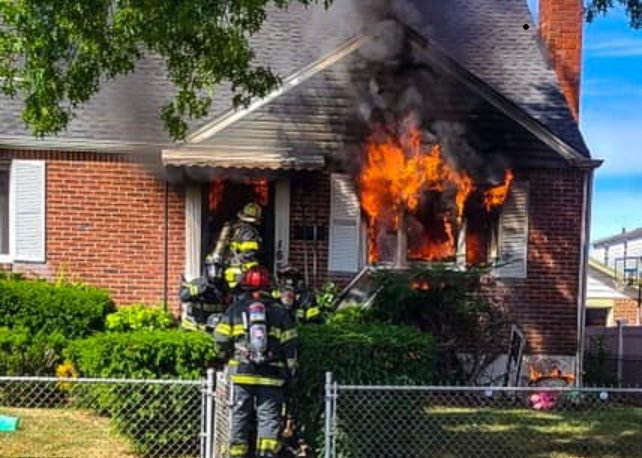 Two people are displaced after a fire tore through their two-story house at the intersection of Casper Street and Gunther Avenue Sunday afternoon, fire officials say.

Flames could be seen out of the front bay window as the fire extended into the second floor. Crews swiftly extinguished the flames and residents of the home were able to escape without injury, officials say.

Firefighters suffered minor injuries and were treated onsite. The displaced residents are being assisted by the Red Cross, according to a spokesperson for the Office of the Nassau County Fire Marshal.

Mutual aid was received from numerous surrounding fire departments. The Office of the Nassau County Fire Marshal is currently investigating the cause of the fire.