INN benefits from a true “Drew-Gooder” 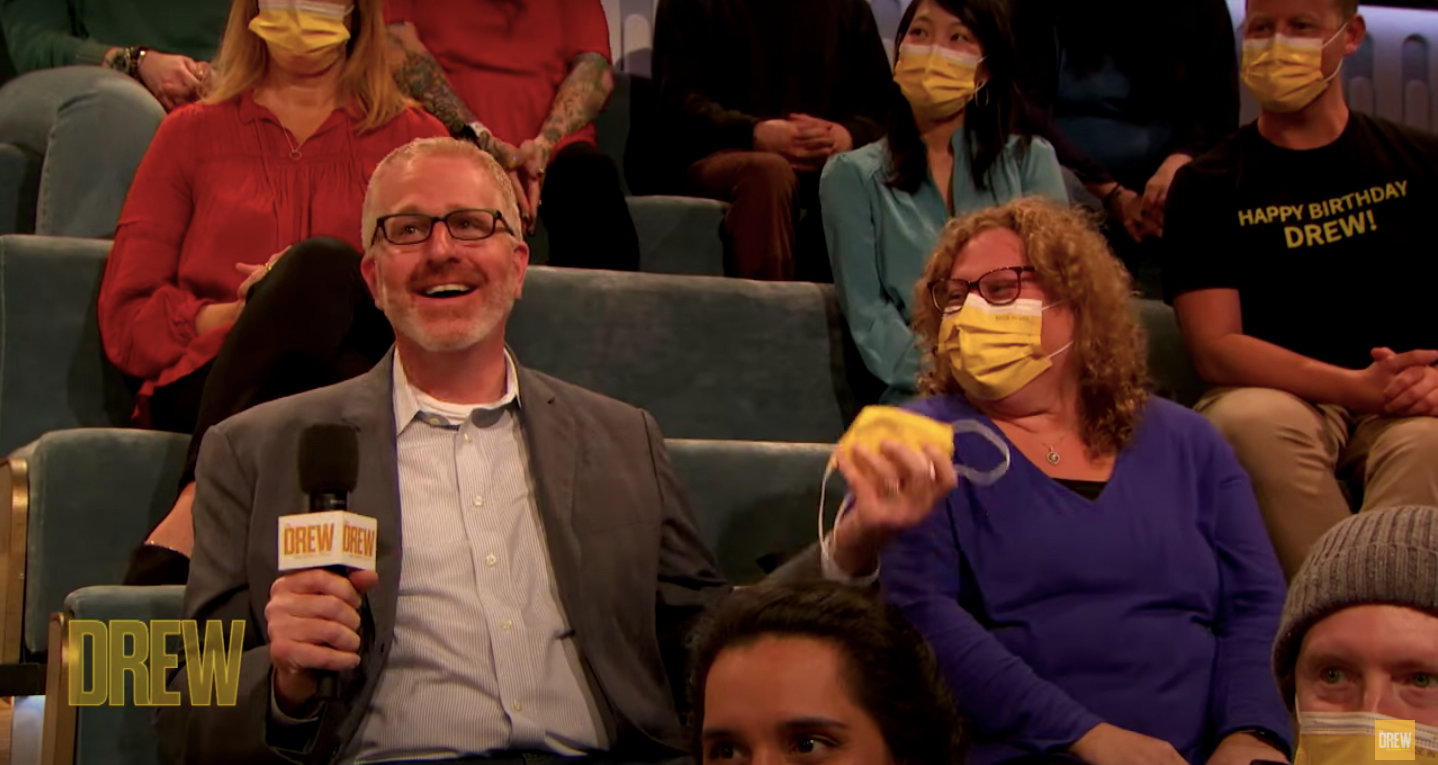 Todd Weinstein, the founder and administrator of the East Meadow Facebook page ‘Nice Things That Happen in East Meadow’ recently made his television debut. After his wife, Robin Weinstein, wrote into the Drew Barrymore talk show telling Barrymore all about the good that Todd does, he was picked out of the audience­.

The result was a surprise donation to the Interfaith Nutrition Network, or INN, the outreach to the hungry and the homeless that has operated in Hempstead Village since the 1980s.

Todd is a big fan of the Barrymore show. On Feb. 22, he finally got to see it in person.

One part of Barrymore’s talk show, which is broadcast on CBS Television Channel 2, highlights people who do good in their communities. She calls them “Drew-Gooders.” It was one of his dreams, Todd said, to be picked as one of them while at the show.

“I said to my wife ‘I would love to go on her show as a Drew-Gooder’,” Todd said.

Unbeknownst to him, Robin had already written in.

During the last segment of the show that he attended, Todd was called down from the audience by Barrymore. “I couldn’t make sense out of it,” he said. “I was completely shocked.”

Barrymore asked Todd about the Facebook page that he runs for the East Meadow community and about the good that he has done for the INN.

“What you’re doing really speaks to me and it inspires me and it’s who I really want to be,” Barrymore said on the show. “And it’s who I’m trying to be.”

Barrymore went one step further than just talking about the Facebook page, she even decided to have the show donate $1,000 to the INN, which she matched with her own $1,000.

Dana Lopez, director of marketing and communications at the INN said that it just made sense for Todd to be on the show. “We’ve been so grateful to the Facebook group and Todd for supporting the INN,” she said. “The INN is a local organization but to have it nationally recognized is amazing.”

Todd and the ‘Nice Things That Happen in East Meadow’ Facebook page has partnered with the INN for years. They’ve done events like school supplies drives and canned food drives.

Todd said that Barrymore has a great spirit and that’s what he loves about the show. “It’s very light and airy and fun and innocent and inspirational,” he said. “There’s no politics, there’s no divisiveness, it’s just fun.”

What’s funny, though, about this episode Todd said—which aired on March 22— was that during his segment, the network cut to the congressional hearings for the new supreme court justice.

“My segment didn’t technically air in the New York market,” Todd said. “So because the show is shown in other markets, my friend in North Carolina recorded it and I posted it on the Facebook page.”

Todd said that even though he got the spotlight that day, everything that he does is for the community. “I come out with these things to do,” he said. “And the community responds.”