Inexpensive addition would save lives 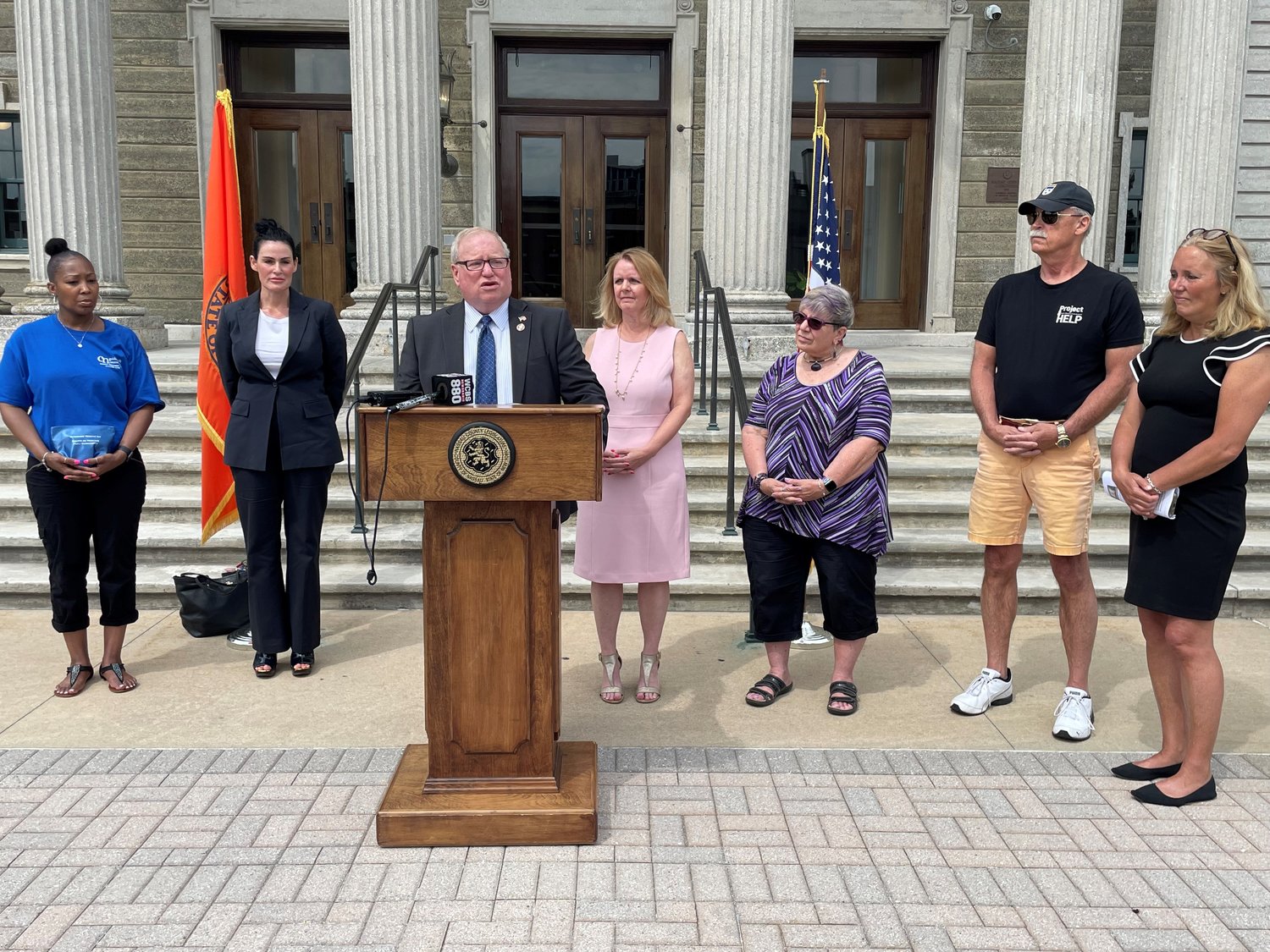 Fentanyl is a synthetic opioid which experts at the Drug Enforcement Administration (DEA) have determined is 50 to 100 times more potent than morphine. Secretly fentanyl-laced drugs have caused a tragic increase in overdeaths.

The 2018 FORECAST study conducted by the Johns Hopkins Bloomberg School of Public Health determined the inexpensive strips are simple to use and have a high level of accuracy in detecting fentanyl in drug samples.

Fentanyl testing strips cost $1 each. Including them with Narcan kits would help identify tainted drugs and prevent accidental overdoses.

The strip must contact fentanyl in order to detect it. If a person has ingested a substance such as marijuana or heroin, and experiences an unexpectedly dangerous effect, then concerned individuals can dissolve that substance in water and dip a strip into the solution to find out, in 5 minutes, whether fentanyl has been cut into it.

“For many years, we have witnessed the life-saving capabilities of Narcan and how receiving a reprieve from an overdose can be a catalyst for successful treatment and long-term recovery,” Legislator Mulé said. “Pairing fentanyl detection testing strips with the Narcan kits we distribute is a common-sense way for Nassau County to accelerate our collective efforts to prevent overdoses and save lives.”

“We have an opportunity to uncloak this silent, stealthy killer,” Legislator Drucker said, “that would otherwise lurk in the shadows.”

Keisha Graham-Wilson, of the Hicksville-based Central Nassau Guidance and Counseling Services, Inc., said the agency has been including Fentanyl testing strips in the Narcan test kits it distributes for the last several months. Kits come with directions stapled to the package; the proposed Nassau legislation would similarly require instructions to be included.

“These test strips are so important in terms of preventing overdoses,” Graham-Wilson said. “We have individuals that have told us they are only using marijuana, but when we do toxicology, sometimes the substance is laced with fentanyl — and they are so shocked and surprised.”

Additional recovery advocates and community leaders from across Nassau County expressed their support.  Claudia Rotondo, executive director of the Baldwin Council Against Drug Abuse; Dr. Sharon Harris, executive director of the Glen Cove-based substance Abuse Free Environments; and Jeff Stone, president of the Port Washington-based Project Help Long island, all attended the news conference and offered support based on their experience and knowledge of the opioid crisis.

“Because fentanyl is 40 to 50 times stronger than heroin, it is possible that a fentanyl overdose victim may not respond to just one dose of Narcan,” said Claudia Rotondo, executive director of the Baldwin Council Against Drug Abuse. “Providing these strips could be life-saving because it would give us the ability to test the remnants of the substance that was ingested to see if it was cut with fentanyl.”

“The DEA warned several months ago that fentanyl was a driving force behind the majority of overdoses that have transpired in the last year,” said Dr. Sharon Harris, executive director of the Glen Cove-based Substance Abuse Free Environments (SAFE). “This is an incredibly important piece of information that needs to be promoted to educate our youth and our families ewan educate our youth and our families about what is going on.”

“This is very important legislation, and I am sure both sides will agree to this,” said Jeff Stone, president of Port Washington-based Project Help Long Island. “Fentanyl is a huge scourge on our society, plain and simple.”

The legislation will have to go through committee and then be introduced on the next available legislative agenda, most likely in mid-July.