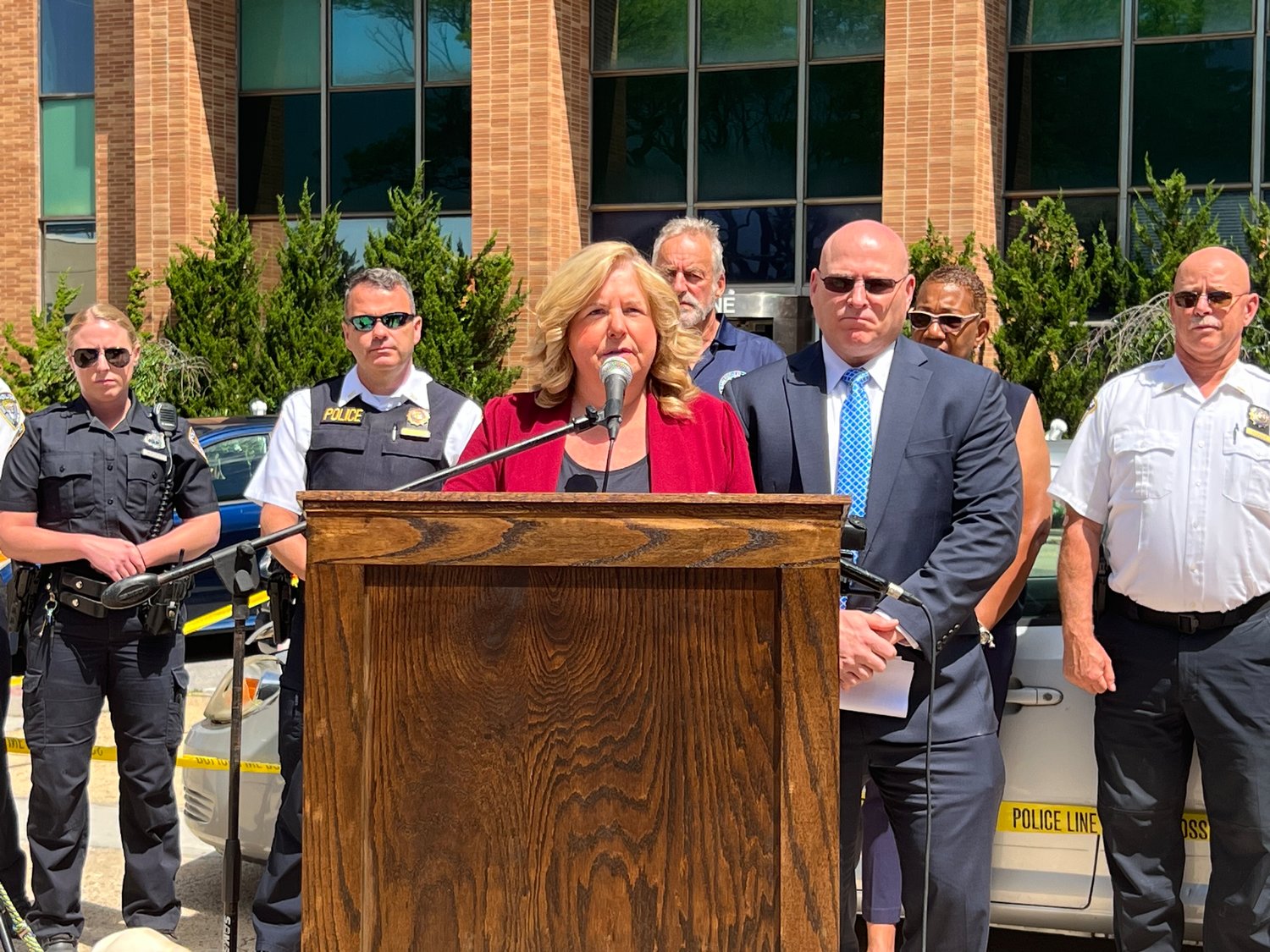 Nassau County District Attorney Anne Donnelly pledged Tuesday that her office will provide $30,000 to Long Beach to help the city’s police department combat drunk-driving incidents during the summer months. She said there will be special DWI patrols for the Fourth of July weekend.

At a press conference outside Long Beach City Hall, Donnelly said the 100 days between Memorial Day and Labor Day tend to be “the deadliest” of the year.

“It’s not worth the risk to drink and drive,” said Donnelly, who was flanked at the press conference by Long Beach Police Commissioner Ron Walsh. She said she “can’t even name all of the car services available” for people who have had too much to drink and need a lift home.

Donnelly said that the past few weeks in Nassau County have been particularly deadly. In the past five weeks, she said 14 people have been killed on Nassau roads and two have been seriously injured.

Additionally, she said 10 people have been arrested for allegedly driving drunk with children in their car.

“We’re already seeing a 25 percent increase year-to-date in the number of DWI arrests here in Nassau County,” Donnelly said. “People can expect to see more enforcement activity on our streets.”

Donnelly said the $30,000 will be fully funded by criminal asset forfeiture provided by the county district attorney’s office. Long Beach police patrols will focus on strategic times and locations as well as prevention, she said.

Walsh thanked Donnelly for the funds, which he said would be used to pay police overtime during the July 4th holiday and beyond. Walsh said drunken driving arrests in Long Beach have been climbing. In 2020, he said 37 people were arrested for DWI; in 2021, the number rose to 56, and so far this year, 35 have been charged with the crime.

Donnelly said she did not the drunk-driving problem was worse in Long Beach than elsewhere in Nassau County, and said she has “reached out to other municipalities” to see how her office could help with the issue.

According to the National Highway Traffic Safety Administration, drunk driving kills 28 people a day. That comes to more than 10,000 deaths each year due to DWI.

A driver is considered legally impaired when their Blood Alcohol Concentration (BAC) measures 0.08 or higher. The number of drinks it takes to reach this BAC largely depends on gender and weight, but the average is 2-3 drinks of standard pours for adults.