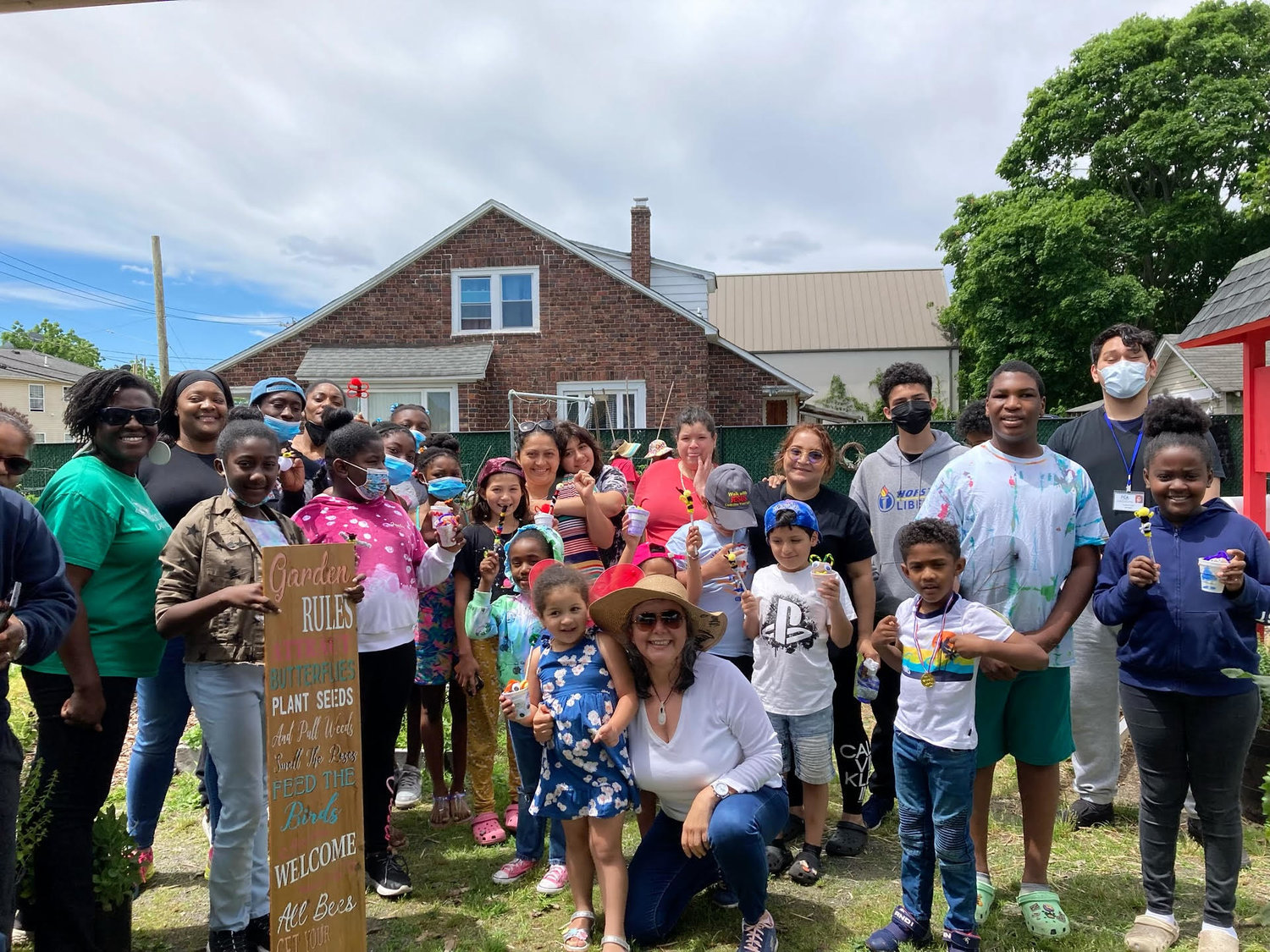 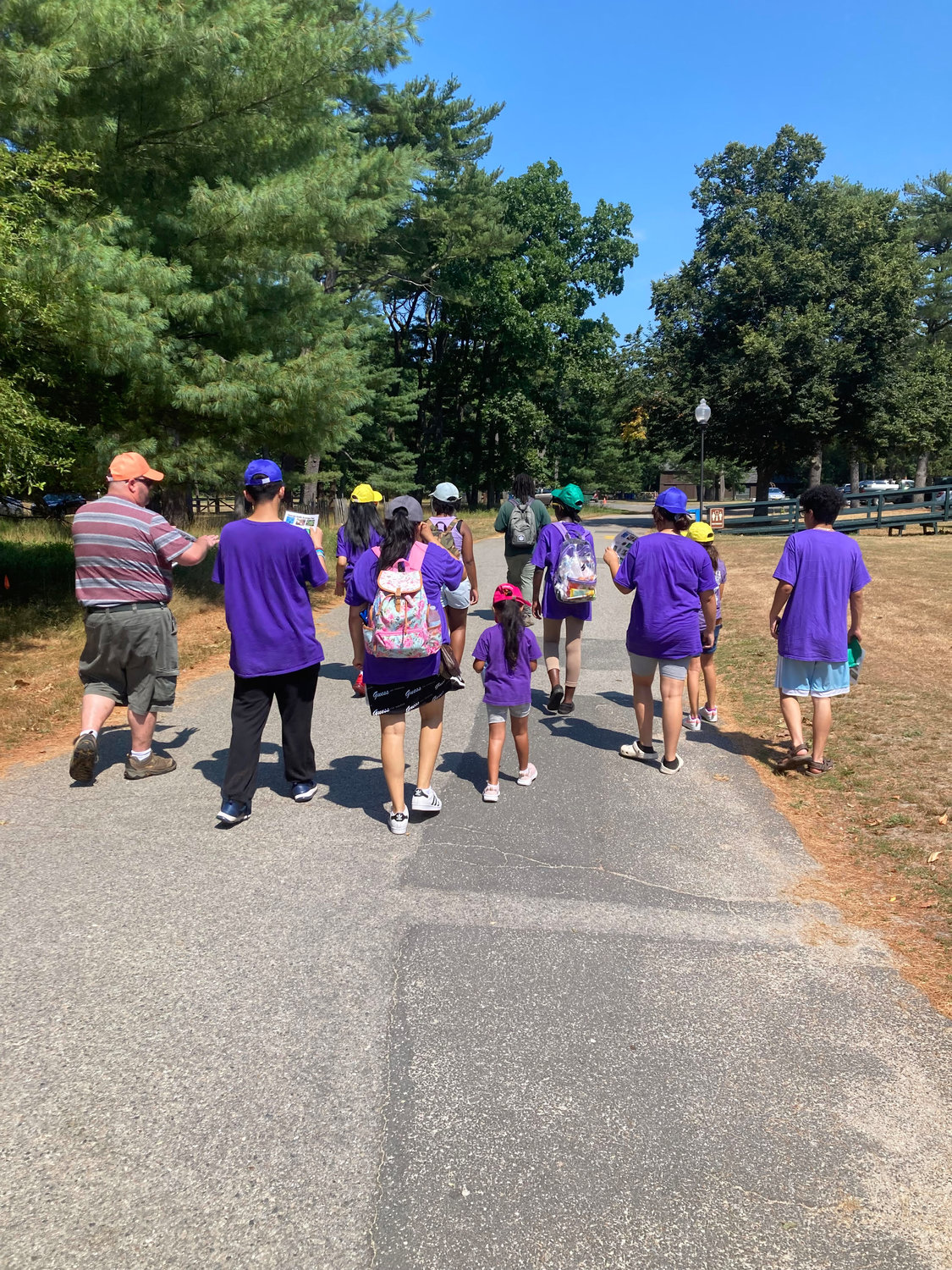 As the new coordinator of the Roosevelt Prevention Coalition-RPC in June 2021, Maritza Quintero developed programs with partnering organizations to benefit the community. But as the 2021-22 school year drew to a close, she decided the RPC would do something brand-new for kids during the summer.

“I wanted to provide something where the children could be outdoors and have a safe space, free of substances,” Quintero said. “Many of them are at home by themselves because their parents are working.”

Quintero united Roosevelt’s community resources with a unique combination of summer activities for middle-school students and called it the ROOTS Club.

The core activity for the ROOTS Club was substance use prevention through gardening. Quintero obtained the partnership of the Roosevelt Middle School, FCA, Empire BCBS, Cornell Cooperative Extension of Nassau County, which is based in East Meadow, and the Roosevelt Community Garden, managed by Andrea Millwood.

The garden made the perfect spot for inducting Roosevelt middle-schoolers into the science, art, and joy of gardening.

Quintero also connected with social workers, teachers, and the principal at Roosevelt Middle School, who enthusiastically promised support. Working within a limited RPC budget, Quintero deployed her coalition-building skills to arrange for everything her program needed.

“The FCA provided t-shirts and some souvenirs for the children,” Quintero said. “Roosevelt Health Center provided me with sunblock and hand sanitizer. Empire Blue Cross/Blue Shield gave me a donation of $500 for food. Cornell Extension provided me with educators and a tree, so I was able to do a beautification project at Roosevelt Middle School.”

Quintero devised the program in early May, with openings for 10 children. Eight children ultimately signed up.

Once a month on a Saturday during May through early August, Andrea Millwood and Cornell Extension instructors guided the children through preparing the garden soil, planting seeds, watering, weeding, pruning, and harvesting. The students grew tomatoes, lettuce, garlic, basil, and watermelons.

As July approached, Quintero add six more days to the program – three days a week during two weeks in July.

“We taught classes about substance abuse prevention, empowerment, leadership, learning about your community, how to be the change in your community,” Quintero said. “We even had classes from Cornell about how to eat healthy and not put any chemicals in your body.”

One glorious day was devoted to a full-day field trip, riding in a minivan all the way out to Connetquot River State Preserve. Through a program called “Bring the Kids to the Park,” the New York State Department of Parks and Recreation provided a grant that covered the costs of transportation and a hands-on class called “Trees Are Terrific.”

“A New York State Parks and Recreation educator talked about why trees are so important,” enthused Quintero, “what kind of seeds they produce, how animals benefit from trees in the environment, why it is so important to have trees that are native to the area. It was very cool.”

The multiple benefits of the ROOTS Club cascaded together during an evening celebration on Aug. 5 in the Roosevelt Middle School cafeteria. Donna Teichner, the retiring assistant vice president of family and support programs, saw to it that each child received a $200 gift card — “not like we were paying them to participate,” explained Quintero, “but to let them know, when you do good things, always more good things come.”

But just as important as the gift cards were the souvenirs the children took home: tiny succulent plants, the vegetables they had planted and nurtured, and a bag with gardening gloves and tools.

“Now they know that they can utilize the tools, and the community garden is right there,” said Quintero. “They learned also that gardening can be a very effective anti-stress technique.”

But the crowning reward was making a meal out of their own produce. They cooked their own whole-wheat pasta. Their hand-raised tomatoes, basil, and garlic became delicious pasta sauce. They served the meal to their family members and to local officials who gathered for the evening.

“The principal was there,” said Quintero. “Hempstead Prevention Coalition director Thurston O’Neal was there, and the Family and Children’s Association vice president, Lisa Burch. Michael Fiorentino from Cornell Extension was there, and Lidi Flores from Empire Blue Cross Blue Shield was there. All the kids and their families. We had about 50 people.”

The thoroughly enriched children went home with their souvenirs plus an official certificate of participation. The certificate proves that they not only learned important scientific, health, and culinary skills, but also provided community service when they planted the tree at the middle school.

Quintero credited the Family and Children’s Association for supporting a huge variety of programs like the ROOTS Club.

“What FCA is doing in the Long Island communities is passionate,” Quintero said. “It’s amazing.”